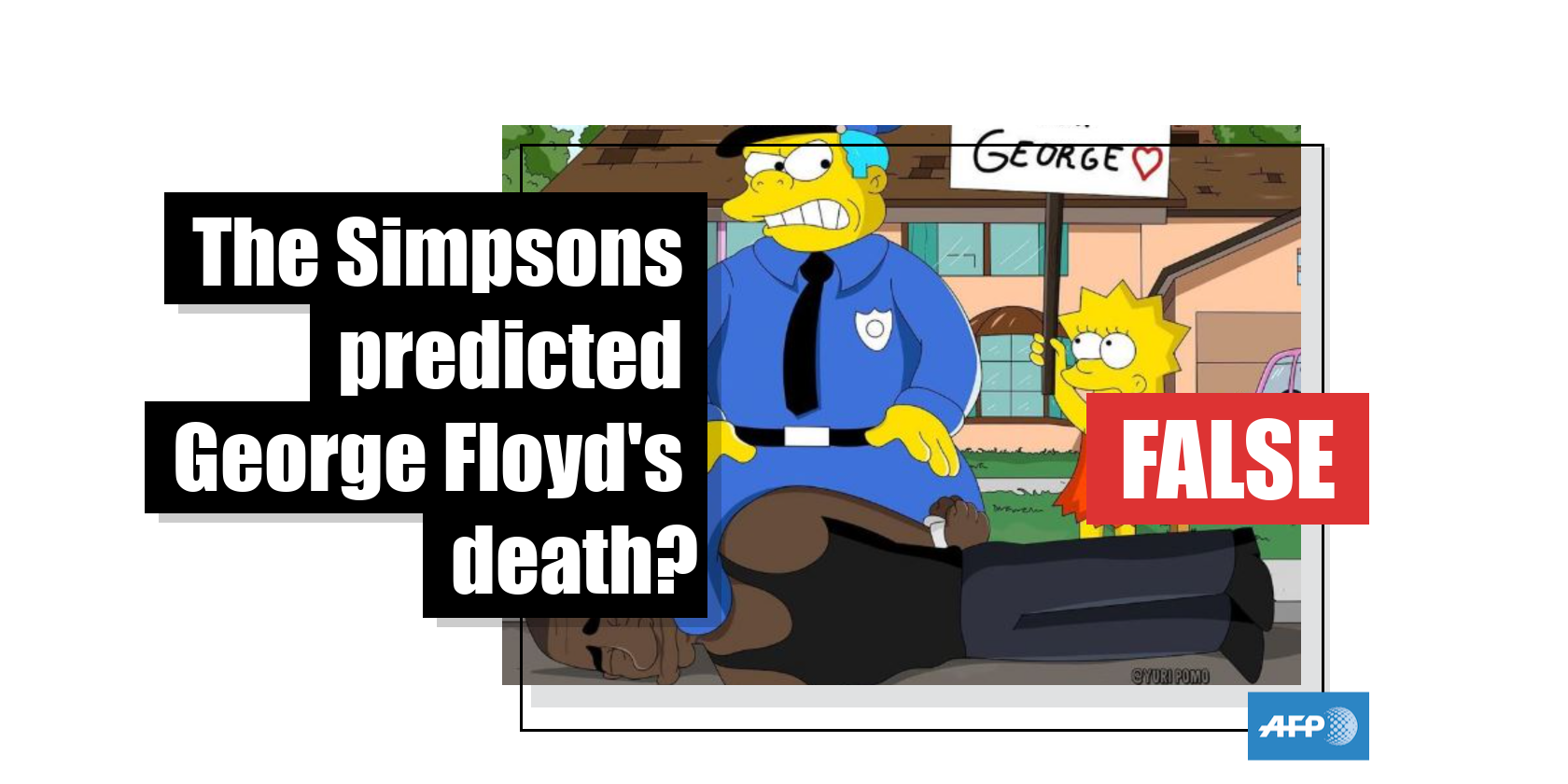 Simpsons drawing is from independent artist in homage to Floyd's death

A drawing reproducing the scene of George Floyd’s death featuring characters from the US television show “The Simpsons” has been shared hundreds of times on Facebook, Twitter and YouTube alongside the claim it appeared in an episode of the series in 1990. This is false; the drawing was created by Italian artist Yuri Pomo, as an homage to Floyd’s death.

“I love the Simpsons, but don’t you think it’s time the FBI and CIA investigate the creators of the cartoon, cause this it’s just hitting the nail right in the head,” read one of the Facebook posts that shared the image on May 31, 2020. 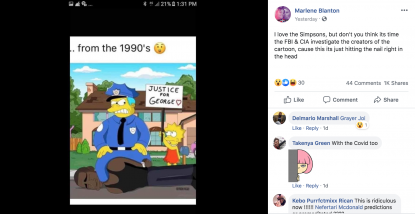 A video containing the same image and claim was also published on YouTube, here. “George Floyd death was predicted by the Simpsons,” the headline of the video viewed more than 50,000 times says.

The image can also be found on Twitter, here and in a blog post which claimed “The Simpsons predicted Derek Chauvin kneeling on George Floyd's neck in a 1990's episode. During the episode the police character ‘Chief Wiggum’ stands on a black character's neck as Lisa Simpson holds a sign saying ‘Justice for George’.”

The Simpsons writers are known for sometimes creating eerily predictive episodes that come to fruition -- for example, this episode from 1998 foreshadowed a deal between Walt Disney Co. and 21st Century Fox.

However, this drawing is not an original from the series and was made after Floyd’s death.

AFP found the original by Italian artist Yuri Pomo who confirmed he was the creator.

“This ain’t related with any episode of The Simpsons, this is a piece I did due to what happened recently,” Pomo told AFP on Instagram. “I used the most famous cartoon in the world (...) to help raise awareness of the world’s actual situation.”

“What we face is real! Serious! And absolutely wrong,” he added.

Pomo also published, here and here, other Simpsons-themed pieces as an homage to Floyd and two other African-American victims this year, Ahmaud Arbery, 25, and Breonna Taylor, 26. Three white men have been arrested in the killing of Arbery in Georgia, and authorities are investigating the police killing of Taylor during a Kentucky drug raid. 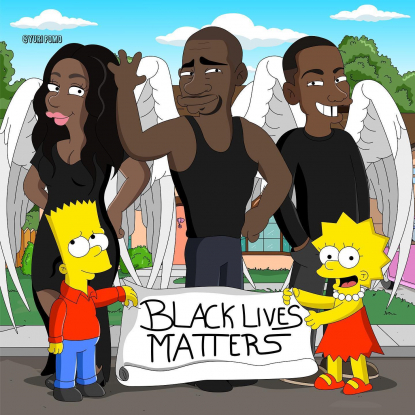 A screenshot of one of Pomo’s original drawings taken on June 1, 2020

Floyd, a 46-year-old unarmed restaurant worker, died from suffocation while in Minneapolis police custody on May 25, according to a private autopsy report. He had been accused of trying to buy cigarettes with a counterfeit bill and his aggressive arrest was caught on video.

The images showed a handcuffed Floyd gasping for breath as a white policeman pressed his knee on his neck for nearly nine minutes. The now-fired former officer, Derek Chauvin, was charged with third-degree murder on May 29.

Peaceful and violent protests have gripped the nation in the worst unrest since 1968.