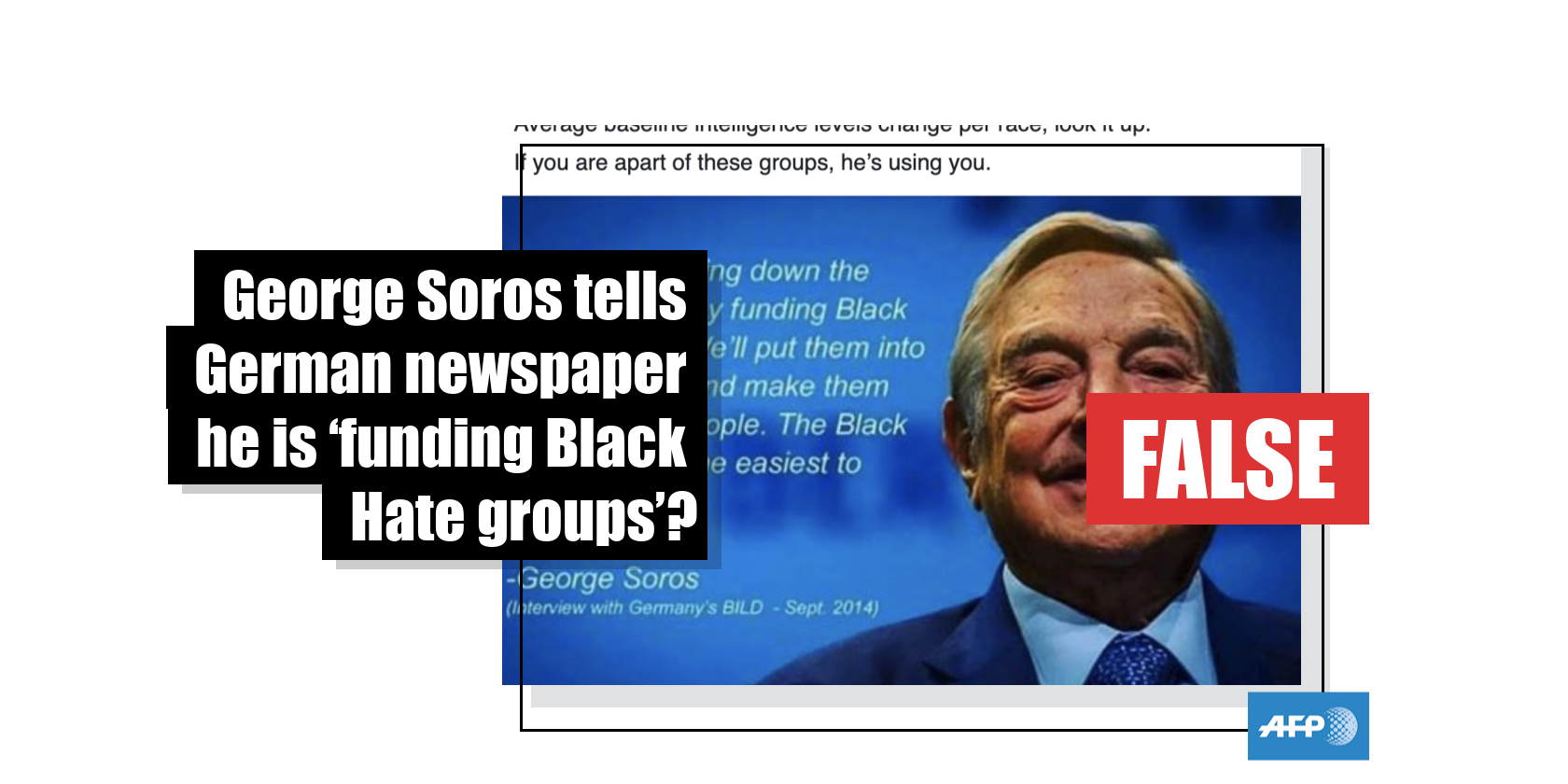 A text image purporting to show a quote that billionaire financier George Soros told BILD, a major German newspaper, has been shared widely on Facebook, Twitter and Instagram. The image claims that in 2014 Soros said he is “going to bring down the United States by funding Black Hate groups”. The claim is false; the quote does not exist in any BILD publication and Soros’ philanthropic foundation denied it nor Soros pays protestors.

The purported quote reads: “I'm going to bring down the United States by funding Black Hate groups. We'll put them into a mental trap and make them blame white people. The Black community is the easiest to manipulate." 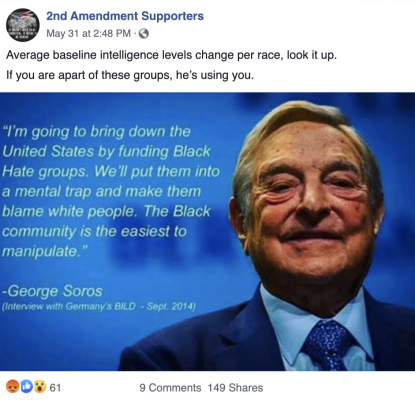 A screenshot of the misleading image featuring a quote attributed to George Soros, as of June 9, 2020.

A search of the BILD website and a keyword Google search for 2014 articles only resulted in one mention of Soros in a BILD article here about swear words being used by Bulgarian politicians.

Another Google search of the alleged quote -- “I'm going to bring down the United States by funding Black Hate groups” -- in English and German did not result in any published Soros interviews that include such remarks.

In response to the post, a BILD spokesperson told AFP via email on June 12, 2020 that “there was no interview with George Soros in BILD or BILD.de in 2014.”

“Also in other articles or Interviews in BILD with or about George Soros I cannot find this quote. This meme is definitely a fake,” the spokesperson added.

In a statement posted to Facebook on June 1, 2020, Open Society Foundations -- Soros’ philanthropic grantmaking organisation -- denied it or Soros have paid any protesters.

“We do not pay protesters. Neither does our founder George Soros. Claims that we do serve to delegitimize those who are exercising their Constitutionally-protected right to protest peacefully and petition their government for redress of grievances,” the statement reads.