An image of a rocket being fired has been shared on Facebook alongside a claim that it shows a recent attack in the region of Kobo, 500 kilometres north of the Ethiopian capital Addis Ababa. However, AFP Fact Check found that the image is old and unrelated to Ethiopia. Furthermore, there have been no reports of rocket attacks in this region.

The claim, archived here, has been shared nearly 50 times since it was published on Facebook on July 27, 2021.

The post features an image of a rocket being fired into the air. 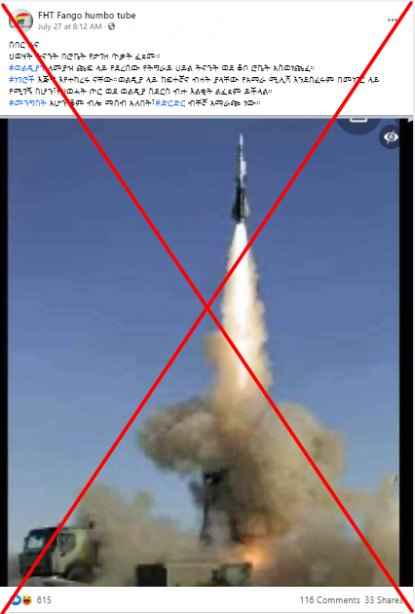 "Breaking News. The TPLF carried out a rocket-based attack yesterday. Tigrayan forces that are close to seize Weldiya fired a rocket on Kobo yesterday," the translated caption of the post in Amharic reads.

Northern Ethiopia has been wracked by fighting since November 2020, when Ethiopian Prime Minister Abiy Ahmed sent troops to overthrow the Tigray People's Liberation Front (TPLF), the former ruling party of Tigray, which dominated national politics for nearly three decades, until 2018. The move came in response to TPLF attacks on a military camp.

Since the conflict began, millions have been displaced and thousands killed, according to rights groups.

However, the image used does not show a rocket fired in Ethiopia, and there is no evidence that the TPLF fired a rocket aimed at Kobo.

AFP Fact Check ran a reverse image search of the photograph shared in the false Facebook post and traced it back to MBDA, a European arms manufacturing company.

The original image, which can be downloaded from the company’s website, shows a missile called Aster 30 Block 1 NT, jointly developed by France and Italy. It was posted on the website back in 2016. 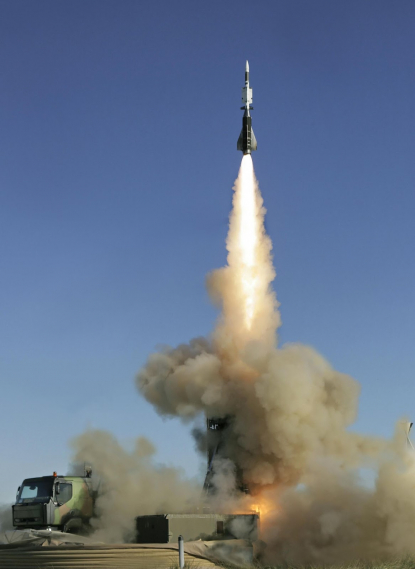 When the project was announced, MBDA said this missile system would not be available before 2023.

There have been no reports about rocket attacks in the region of Kobo, nor has the TPLF claimed to have carried out any such attacks.

Contacted by AFP Fact Check, a high-ranking officer of the Ethiopian National Defence Force (ENDF) said that no rockets were fired in that region.

They also launched rockets from Ethiopia's northern Tigray region targeted the capital of Eritrea, diplomats told AFP, while the US Embassy in Asmara reported there were "six explosions" in the city.