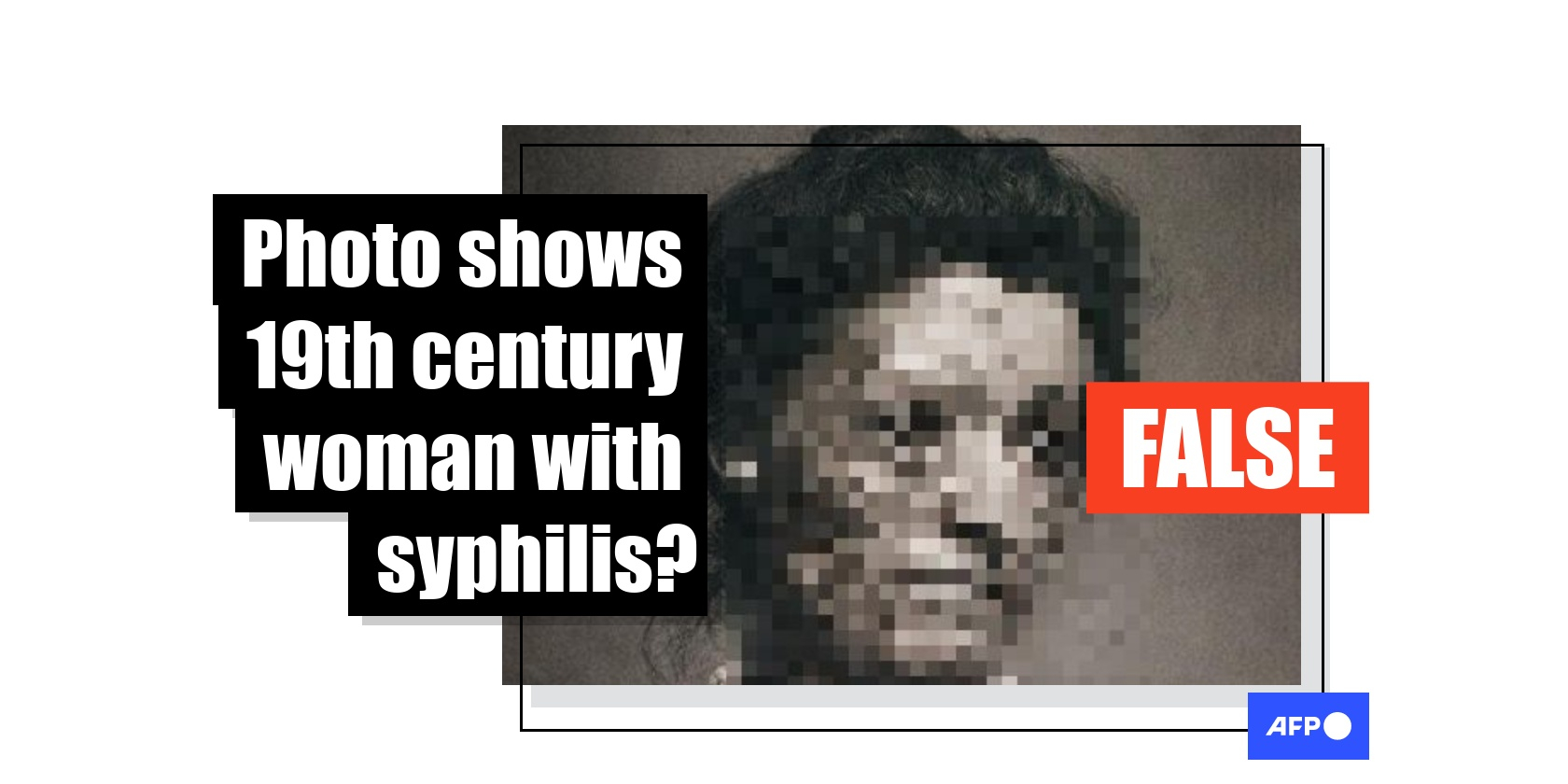 This photo shows a woman with tuberculosis of the skin in 1895, US archivist says

A photo has been shared repeatedly on Facebook, Twitter and Reddit alongside a claim it shows a 19th century woman suffering from syphilis. The claim is false: the photo shows a woman afflicted with tuberculosis of the skin in 1895, according to a US archivist who acquired the original image.

The photo was posted by Twitter account @WeirdHistoryPix on May 10, 2021. It shows this photo of a woman with severe scarring on her face.

The post’s caption reads: “The effects of syphilis before the invention of penicillin, circa 1890.” 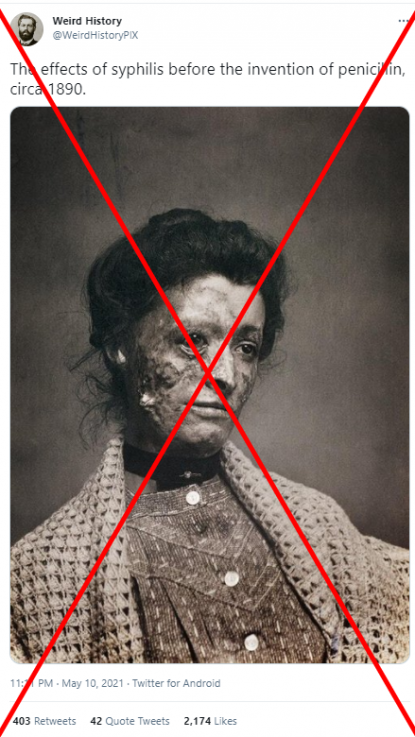 Syphilis is a sexually transmitted infection that can be treated with penicillin, which was discovered in 1928.

In the archives’ “Disease and Pathology Collection”, the photo’s caption describes the woman  as having “Lupus vulgaris (tubercular) with corneal exposure”.

Lupus vulgaris is a form of skin tuberculosis that usually affects the face, according to the medical textbook “Manson’s Tropical Diseases”.

It is included in an “album of dermatological photographs” compiled by Lacassagne.

“[Lupus Vulgaris] causes severe destruction and scarring. In this case it pulled [the woman’s] eyelid down, exposing the cornea. It is called lupus because it was as if a wolf took a bite out of the face,” Burns said.

“This photograph is a perfect example of disinformation on the internet,” she added. “That’s why I receive so many emails about it”.

Below is a screenshot comparison of the photo in the misleading social media posts (L) and the original image published in the Burns Archive (R): 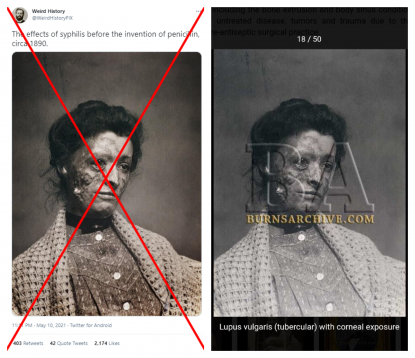