This photo shows the tomb of Prophet Imran in Oman 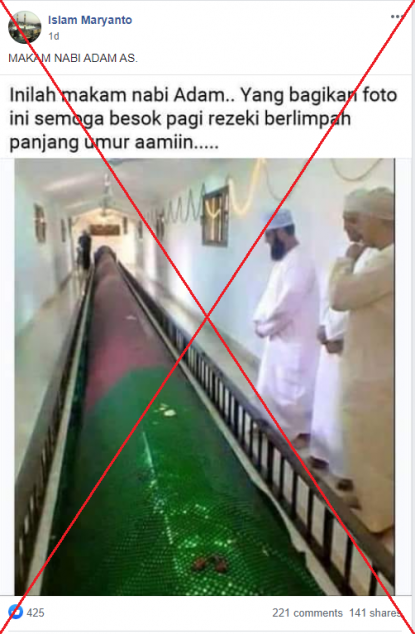 The Indonesian-language caption translates to English as: “PROPHET ADAM’S TOMB”, while the text superimposed on the image reads: “This is the tomb of prophet Adam.. Hopefully those who share this photo will be given plenty of fortune long life amen…..”

According to Islamic teachings, Adam is the first man and the first prophet.

The same picture has been shared more than 529,000 times since it appeared on Facebook here, here and here in 2019, alongside the same claim.

The image is also shared with claims in English here and here, and in Arabic here.

A reverse image search followed by keyword searches on Google found that the same image was uploaded on Twitter here on June 22, 2016.

Translated from French to English, the tweet reads in part: “In #Oman : Tomb of Prophet Imran, a #tomb of 30-m long”.

The tomb of Prophet Imran is located in Salalah, western Oman.

Below is a screenshot comparison between the picture in the misleading post (L) and the photo on Twitter (R): 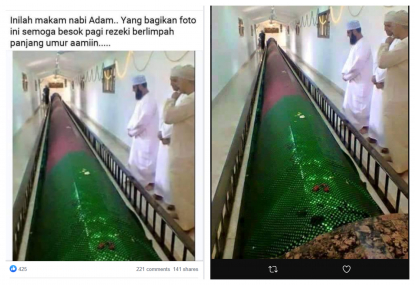 The picture in the misleading post also matches with this Google photo captured in February 2016. 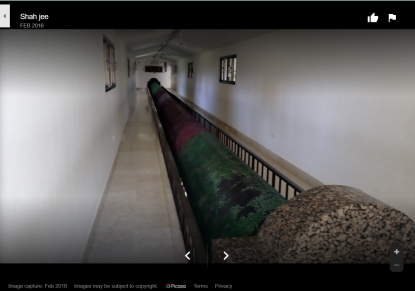 The state-owned Oman TV posted a video about the tomb here on YouTube on August 11, 2018. Translated from Arabic to English, the video is titled: “The tomb of the Prophet Imran | #From Salalah | Saturday 11 August 2018”.