A photo of a fighter jet in flames has been shared hundreds of times in multiple Facebook posts alongside a claim it shows an Indian military jet that was shot down after it flew into the airspace of neighbouring Nepal. The claim is false; the photo shows a Libyan jet that was shot in the city of Benghazi in 2011. 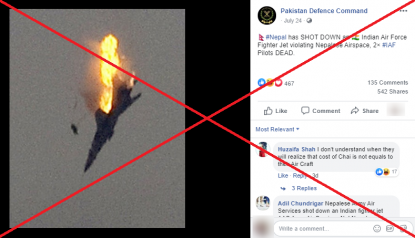 A reverse image search on Google found the photo shows a Libyan jet that was shot down in Benghazi on March 19, 2011. The photo was published by the Associated Press (AP) here.

Below is a screenshot comparison of the AP photo (L) and the photo in the misleading posts (R):

Reuters news agency reported here that the fighter jet was shot down over Benghazi on March 19, 2011.

Other posts, including this one, shared the photo of the 2011 crash in Libya alongside another photo of a plane wreckage. 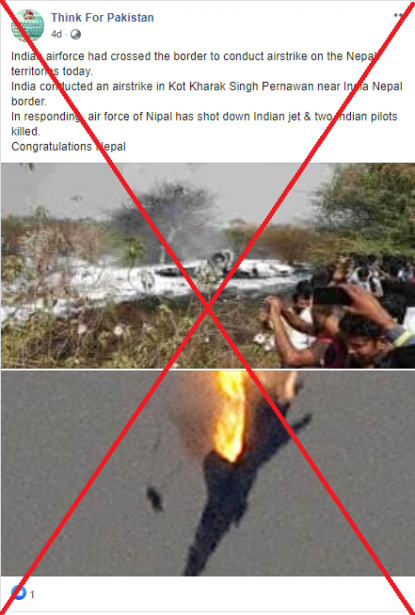 The wreckage photo has also been shared in a false context.

It shows a military fighter jet that crashed in India in 2019. The photo was published by The Statesman, an Indian newspaper, here. It was credited to the Indo-Asian News Service, a major Indian news agency. 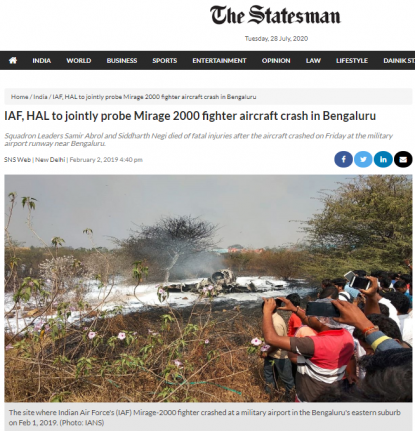 A screenshot taken on July 22, of The Statesman report on 2019 plane crash

In response to the misleading posts, the Indian government’s Press Information Bureau (PIB) said the photos had been shared with false captions. It also said the reports of recent action by the Indian airforce in Nepal were false.

“Claim: A viral message on twitter claiming that an Indian Airforce jet has been shot down. #PIBfactcheck: It's #Fake. No such claimed action has been conducted by Indian airforce on any neighbouring country. The images used are from a previous date. Beware of panic mongers,” the agency said in a tweet on July 24, 2020. 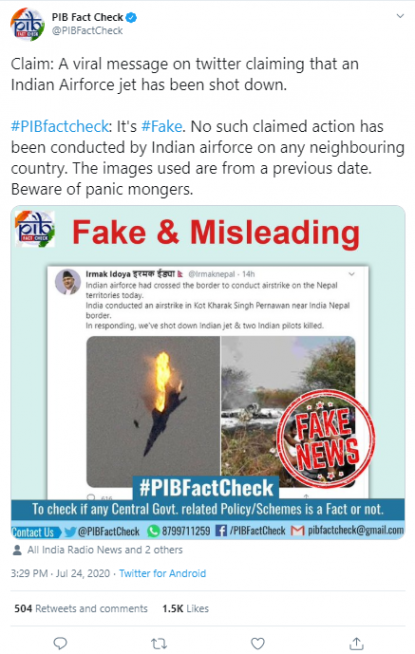 A screenshot taken on July 28, 2020, of a tweet by India's Public Information Bureau