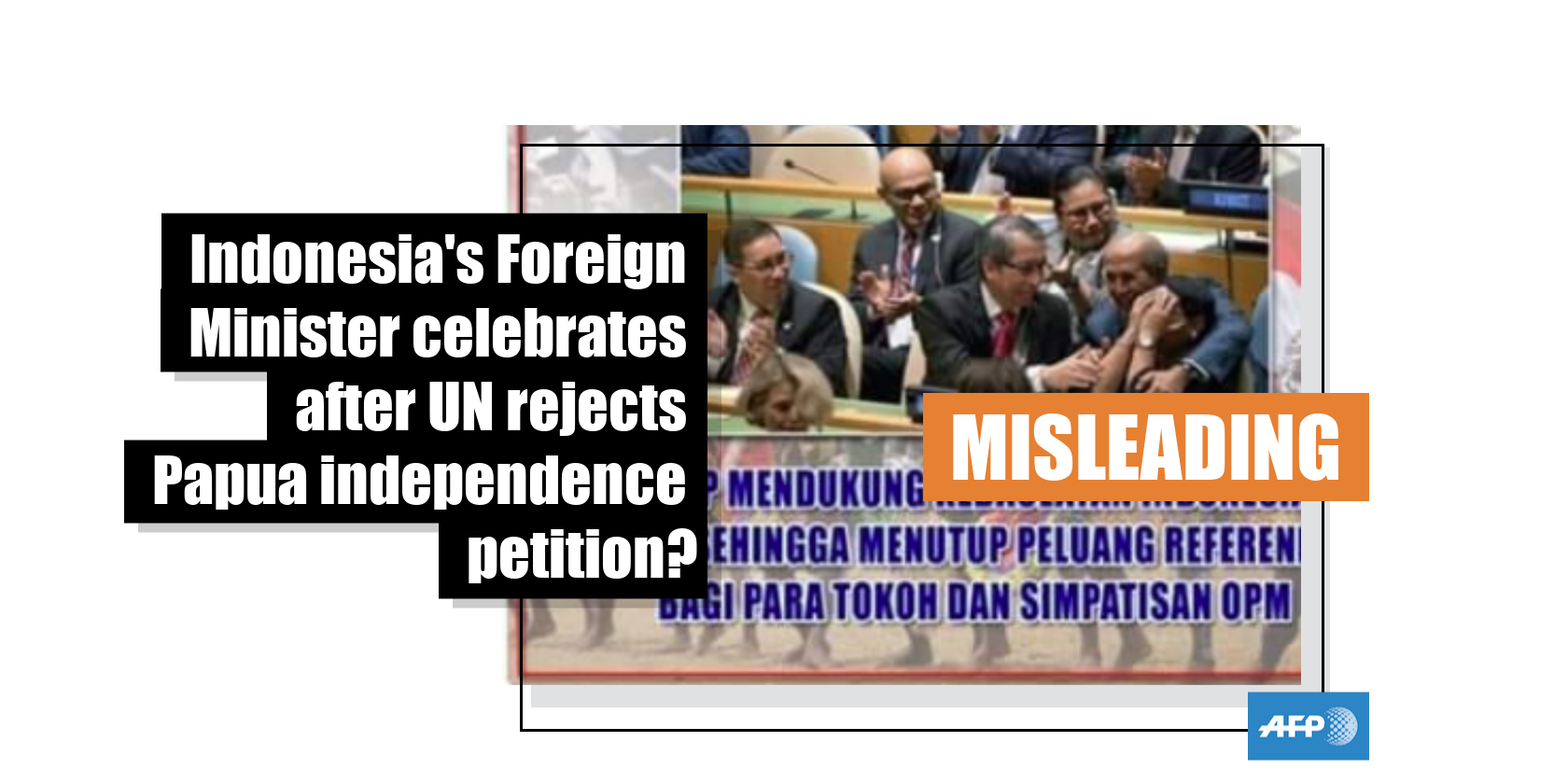 An image has been shared thousands of times in multiple Facebook posts alongside a claim that Foreign Minister Retno Marsudi cried tears of joy as the UN rebuffed Papua independence. The claim is false; the image shows Retno’s reaction after the UN General Assembly elected Indonesia as one of non-permanent Security Council members in 2018.

The image was published in this Facebook post on September 26, 2019. It shows a woman covering her face with her hands in a meeting, surrounded by men clapping and hugging her.

The image has been shared more than 200 times. 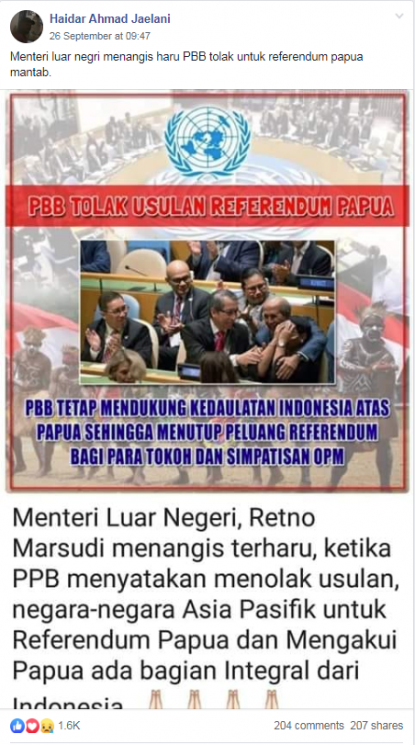 The Indonesian-language text superimposed on the image translates to English as: “THE UN REJECTS PAPUA REFERENDUM PROPOSAL.”

“THE UN STILL SUPPORTING INDONESIA SOVEREIGNTY OVER PAPUA CLOSING THE OPPORTUNITY FOR REFERENDUM BY FIGURES AND SUPPORTERS OF THE FREE PAPUA ORGANISATION.

“Foreign Affairs minister, Retno Marsudi, cries tears of joy when the UN says it rejects Asia-Pacific countries’ proposal on a referendum for Papua and recognizes Papua an integral part of Indonesia.”

The Free Papua Organisation, also known as OPM in Indonesian, is “an umbrella term for the pro-independence movement engaged since 1965 in a struggle for Papuan independence”, according to this report by the Institute for Policy Analysis of Conflict.

AFP reports about the recent disturbances were published here and here.

The same image has also appeared in other Facebook posts here and here alongside a similar claim, where it has been shared thousands of times.

The image has also circulated on Twitter here and here with a similar claim, and YouTube here.

The claim is false; the photo shows the Indonesian foreign minister's reaction after the UN General Assembly elected Indonesia to serve as a non-permanent member of the Security Council in 2018.

Screenshot of the AP photo

The photo's caption states: “The Indonesian delegation reacts after being voted in during the election of five non-permanent members of the Security Council, Friday, June 8, 2018 at United Nations headquarters.”

Below is a screenshot comparison of the image in the misleading post (L) and the AP photo (R):

The report's first paragraph states: “The UN General Assembly elected Belgium, the Dominican Republic, Germany, Indonesia and South Africa on Friday to serve as non-permanent members on the Security Council for two years starting in January.”