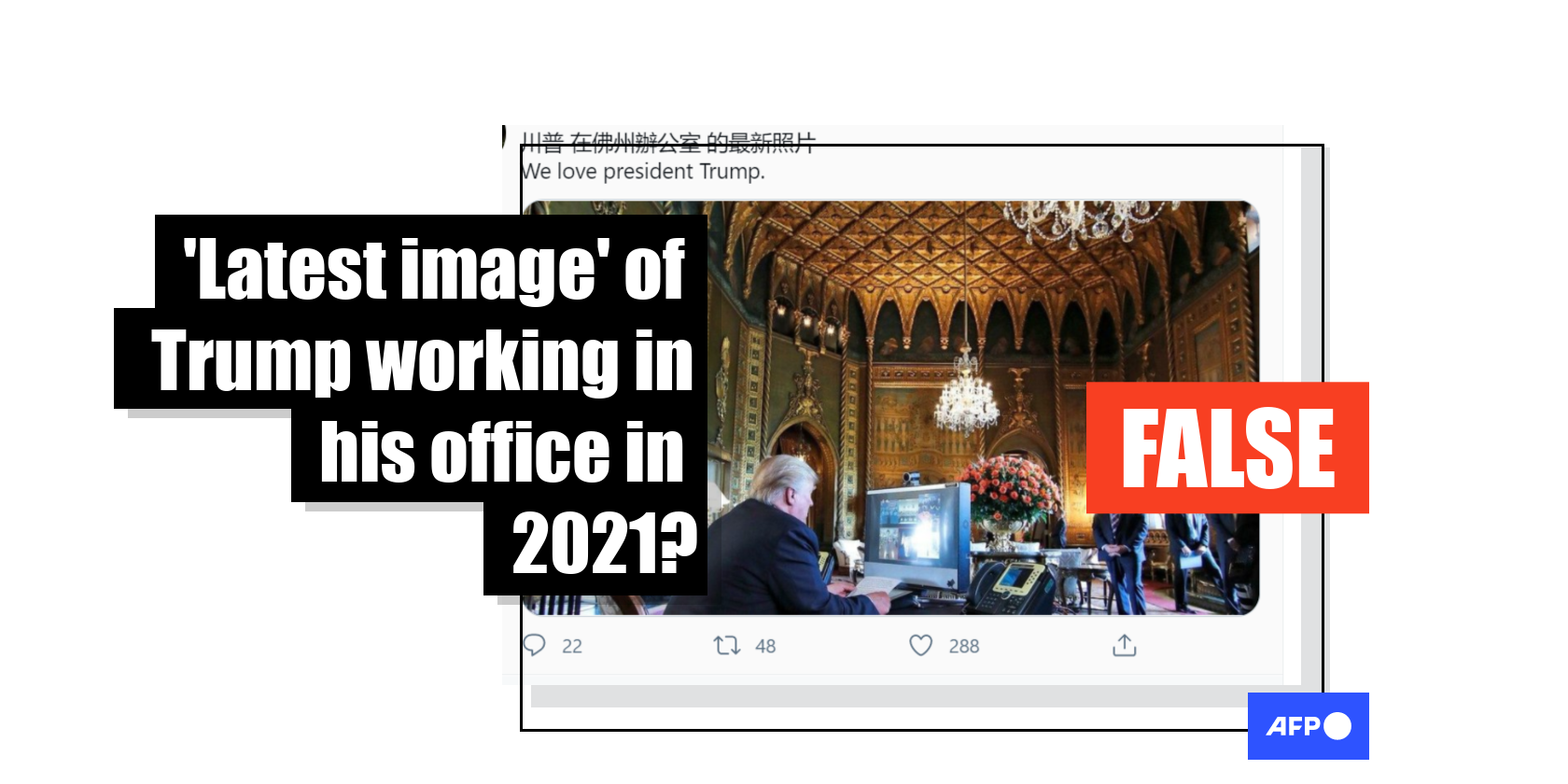 This photo shows former US President Donald Trump working in Florida in 2017, not 2021

A photo has been shared thousands of times on Twitter alongside a claim it shows former US President Donald Trump working in his office in the US state of Florida in 2021, shortly after President Joe Biden was inaugurated. The claim, however, is false: the photo in fact shows Trump working at his private resort in Florida in 2017 while he was still president.

The photo was published on Twitter here on February 3, 2021.

The tweet is written in a combination of English and traditional Chinese. It reads: “Latest photo from Trump's Florida office / We love president Trump.” 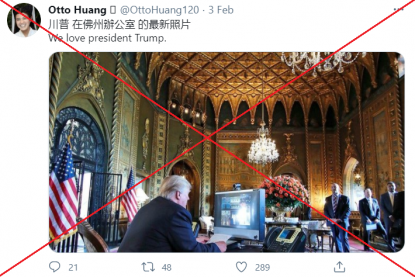 The post circulated online just weeks after Trump left office on January 20, 2021 and moved to his Mar-a-Lago resort home in Florida. AFP reported on the developments here.

Reverse image and keyword searches on Google found the photo was published by the US news agency Associated Press (AP) here on November 23, 2017, while Trump was still US president.

The photo, credited to AP photographer Alex Brandon, is captioned: “President Donald Trump speaks with members of the armed forces via video conference at his private club, Mar-a-Lago, on Thanksgiving, Thursday, Nov. 23, 2017, in Palm Beach, Fla.”

Below is a screenshot comparison between the photo in the misleading post (L) and the 2017 AP photo (R):

The false claim about the photo was also debunked by information site TruthOrFiction.com.