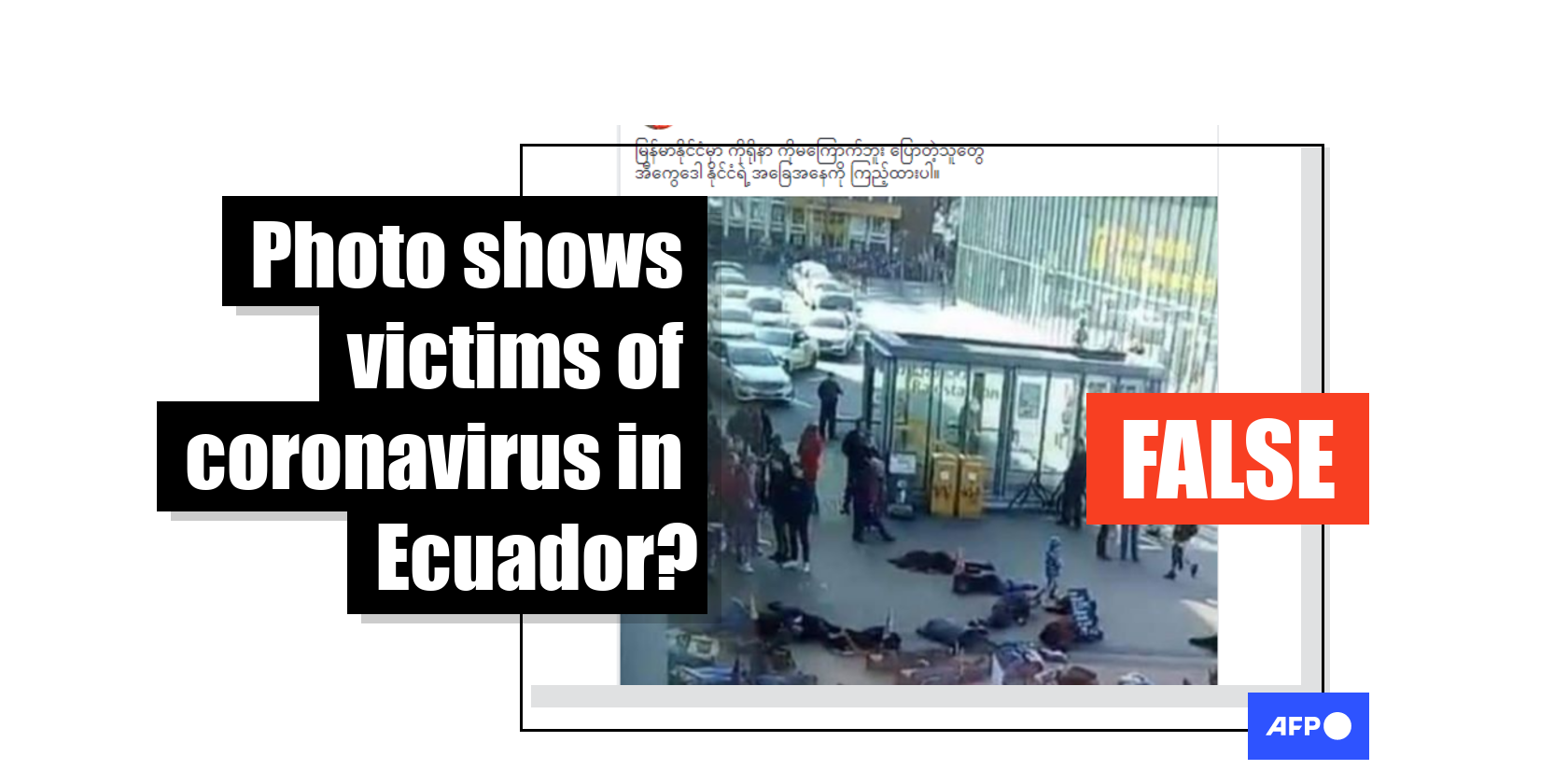 A photo showing dozens of people lying on the ground has been shared thousands of times in multiple posts on Facebook alongside a claim it shows the situation in Ecuador during the coronavirus pandemic. The claim is false; the photo in fact shows an environmental protest outside a train station in Germany.

The post’s Burmese-language caption translates to English as: “People who say they are not afraid of Corona in Myanmar, look at Ecuador's situation.” 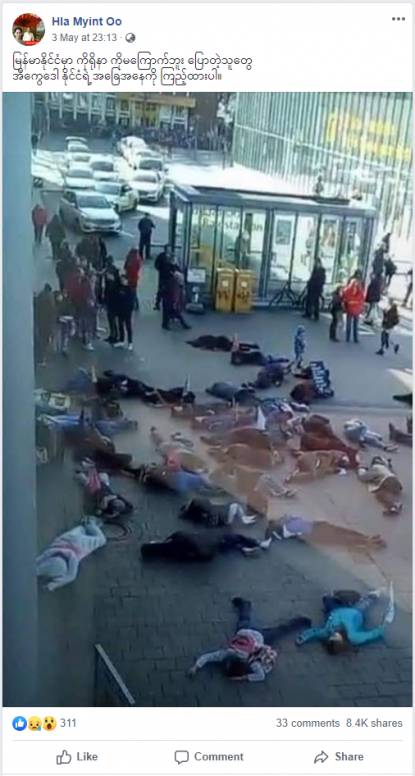 The country has become one of Latin America's coronavirus epicenters. Front line medics in the city of Guayaquil have told AFP of the daily horrors they face after the health system collapsed.

The photo was also shared more than 440 times on Facebook here on April 18 alongside a similar claim that it shows dead bodies in Europe during the pandemic that were not buried or cremated for religious reasons.

The claims are both false.

The photo in fact shows a “die-in” protest organized by Extinction Rebellion, an international environmental activist group, outside the Münster (Westf) Hauptbahnhof train station in the German city of Münster. The location can be seen below on Google Maps.

Below is a screenshot comparison of the photo in the misleading Facebook posts (L) and a Google Map screenshot of the area (R) with the corresponding yellow Deutsche Post mailboxes circled in red: 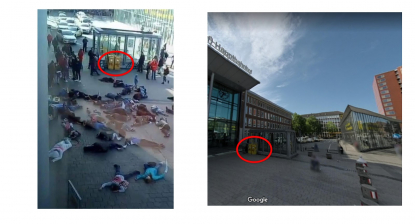 On February 7, Extinction Rebellion’s Münster chapter promoted the demonstration on Instagram here. The post notes that the first place the activist will “die at” is the train station.

Footage of the protest was also published on YouTube here on February 8. The video’s German headline translates to English as: "‘Die-In’ campaign by Extinction Rebellion Münster against global warming”.

The post’s description adds that the group “started at the main train station, where activists from Extinction Rebellion dropped and remained motionless for about 10 minutes.”

Below is a screenshot comparison of the photo in the misleading Facebook post (L) and screenshots from the YouTube video (R) with the corresponding features circled: 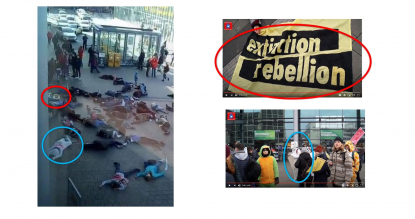