This photo shows deforestation in the Amazon forest in South America

The photo was published on Facebook here on August 24, 2020. The post has been shared more than 500 times.

The Sinhala language text superimposed on the image reads:

“The Sinharaja that is being murdered by them

"She who saved the breath of air to over 22 million Sri Lankans is now breathing her last because of the actions of those sinful people.” 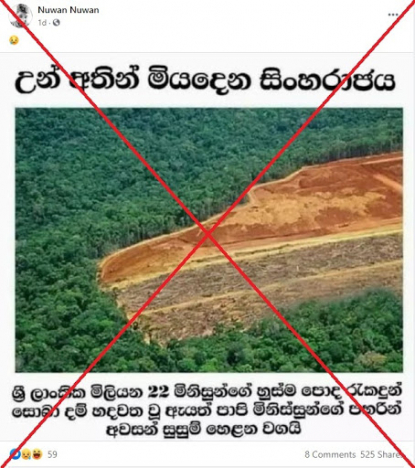 The claim circulated after environmentalists criticised the construction of a road through the Sinharaja forest -- a designated UNESCO heritage site.

The photo was also shared alongside similar claims on Facebook here, here and here.

A reverse image search found that the photo in fact shows deforestation in the Amazon forest in South America.

The photo was published by Getty Images here and is captioned: “Deforestation in the Amazon”. 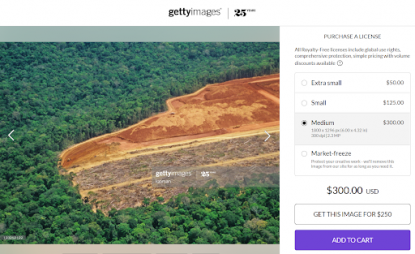 Screenshot of the picture published on Getty Images

Below is a screenshot comparison of the misleading posts’ image (L) and the Getty Images photo (R):

The image was also featured in this AFP article about global forest loss that was published by The Guardian in 2015.