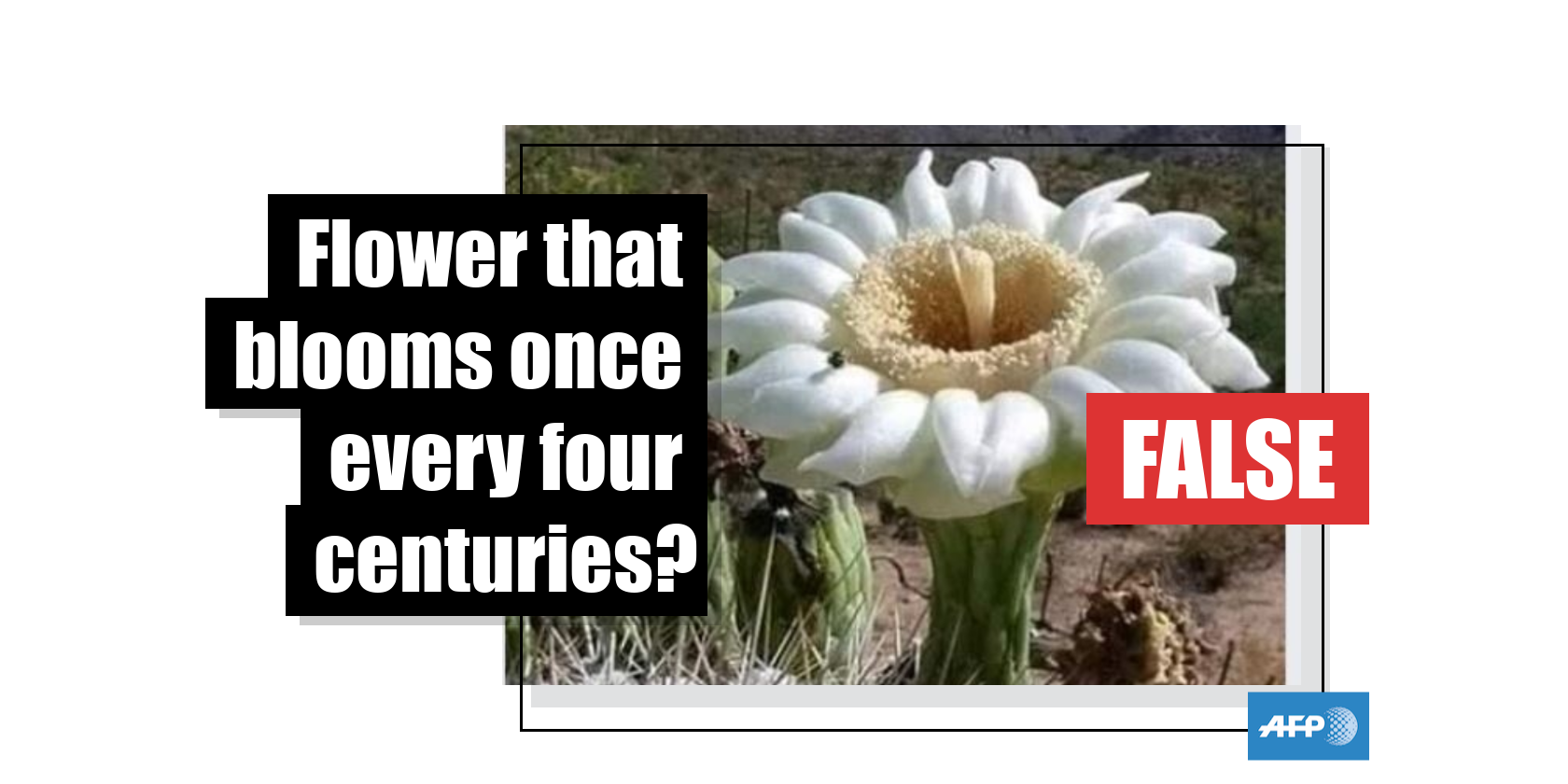 A photo has been shared hundreds of times in multiple Facebook posts alongside a claim that it shows a flower in the Himalayas that blooms once every 400 years. The claim is false; the photo shows a saguaro cactus which grows in the desert and is abundant in parts of the United States.

It has been shared more than 400 times.

It shows a flower with white petals and a yellowish stigma. 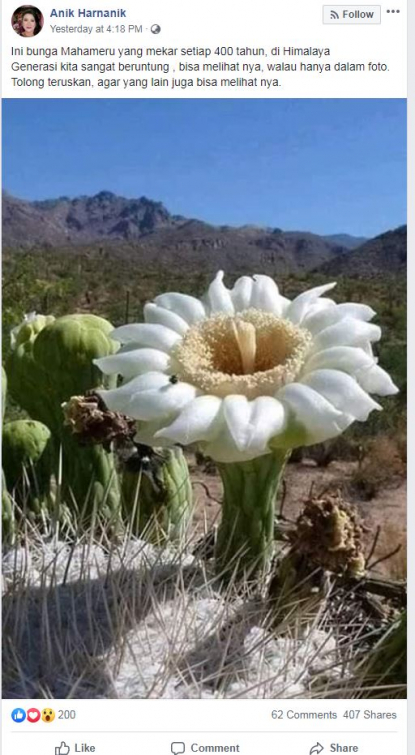 The post's Indonesian-language caption translates to English as: “This is a Mahameru flower that blooms every 400 years in the Himalayas.

"Our generation is very lucky to have the chance to see it although just through a photo. Please share, so others can see it."

The same photo was also published here, here, here and here on Facebook with an identical claim.

The claim is false; the plant is a cactus that is found in desert climates in the United States.

The entry identifies the plant species as saguaro, with the scientific name carnegiea gigantea. It also makes clear that the plant’s flowers bloom annually between early May and late June.

Below is a screenshot showing the flower in the database along with its description:

Saguaro cactus as shown in the SEInet database

This webpage from the University of Edinburgh’s School of Biological Sciences outlines some basic facts about the saguaro cactus species.

It says the plant begins flowering each spring once it reaches a height of about 2.5 metres (8 feet), generally once it has reached 35-40 years of age.