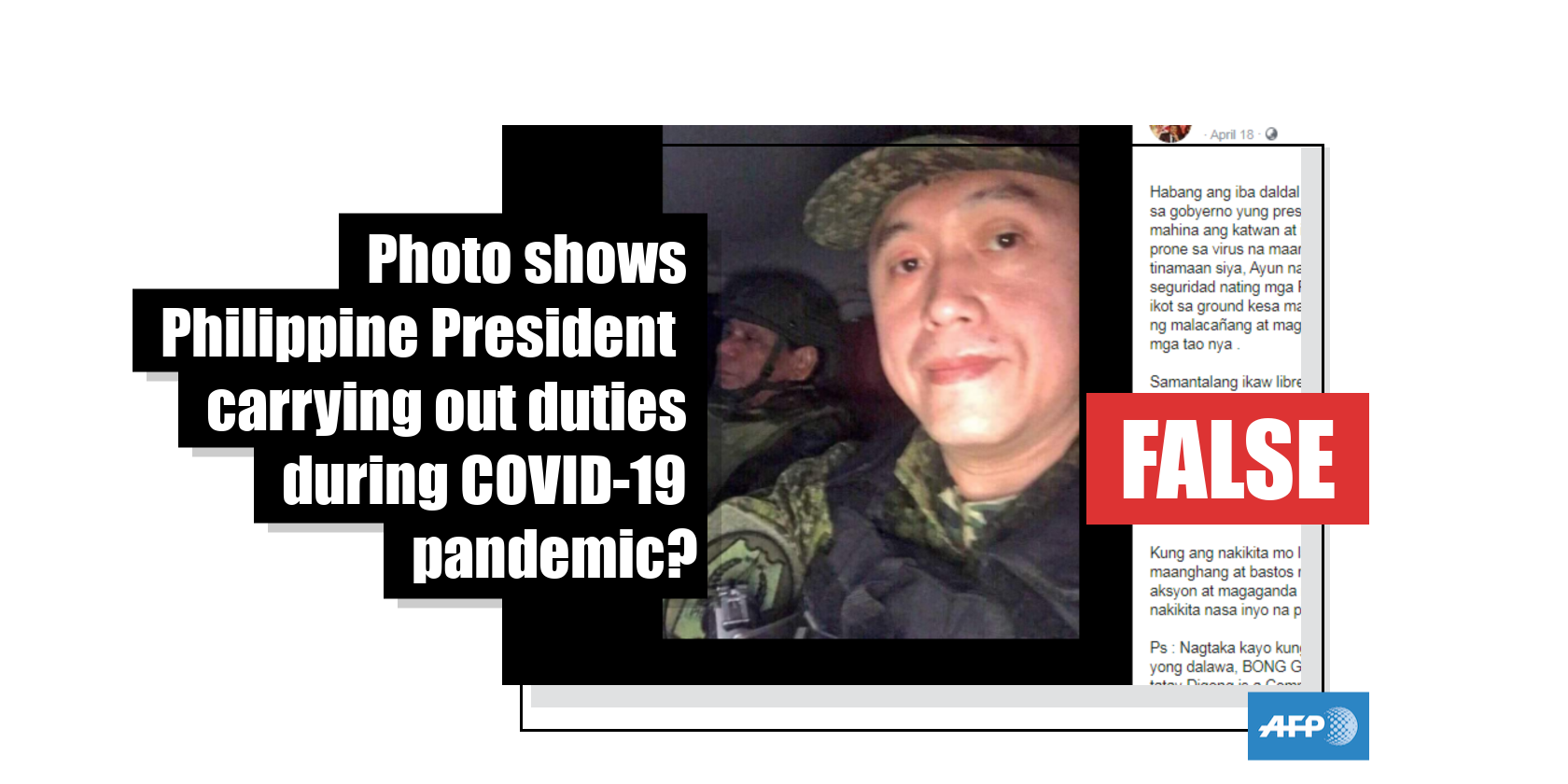 A photo has been shared thousands of times in multiple Facebook posts in April 2020 alongside a claim it shows Philippine President Rodrigo Duterte carrying out presidential duties during the COVID-19 pandemic. The claim is false; this photo has circulated in news reports since 2017 about the president’s visit to Marawi, a war-torn city in the country’s south that was then besieged by militants.

It shows Duterte sitting in a vehicle with Senator Christopher Lawrence “Bong” Go, a close presidential aide. Both men can be seen wearing military fatigues. 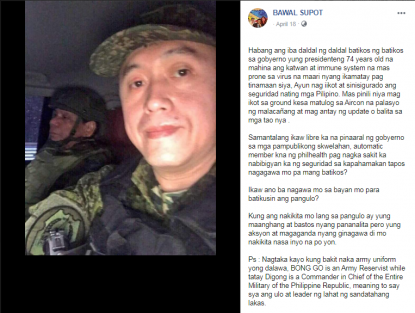 Part of the post’s lengthy Tagalog-language caption translates to English as: "While others are always yapping, criticising the government the president who is 74 years old with a weak body and immune system more prone to virus that could kill him if he gets hit with it, [he is] making rounds and ensuring the security of us Filipinos. He chose to make rounds on the ground instead of sleep in the air-conditioned Malacañang palace and wait for updates or news from his people."

The post states Duterte and Go are wearing military uniforms because of their respective roles as chief commander of the Philippine military and army reservist.

The claim is false; the photo has circulated in reports since 2017 about Duterte visiting the Philippine city of Marawi in 2017.

A reverse image search on Google found the same photo published here in an August 24, 2017 tweet by CNN Philippines, the Filipino arm of the US-based media channel. 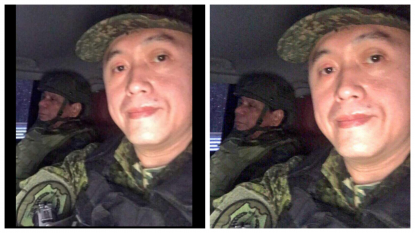 The photo was also published in this tweet by the Philippine news channel News5 on August 24, 2017.

Both CNN Philippines and News5 credited the photo to Go.

In response to the misleading posts, Go told AFP by text message on April 22, 2020 that the claims were “part of non stop daily fake news”.

Marawi was besieged by armed Abu Sayyaf and Maute militants between May and October 2017, in an operation that Philippine authorities say aimed to establish a Southeast Asian base for the Islamic state group. The five-month armed conflict resulted in almost 1,200 fatalities before it ended on October 17, 2017.