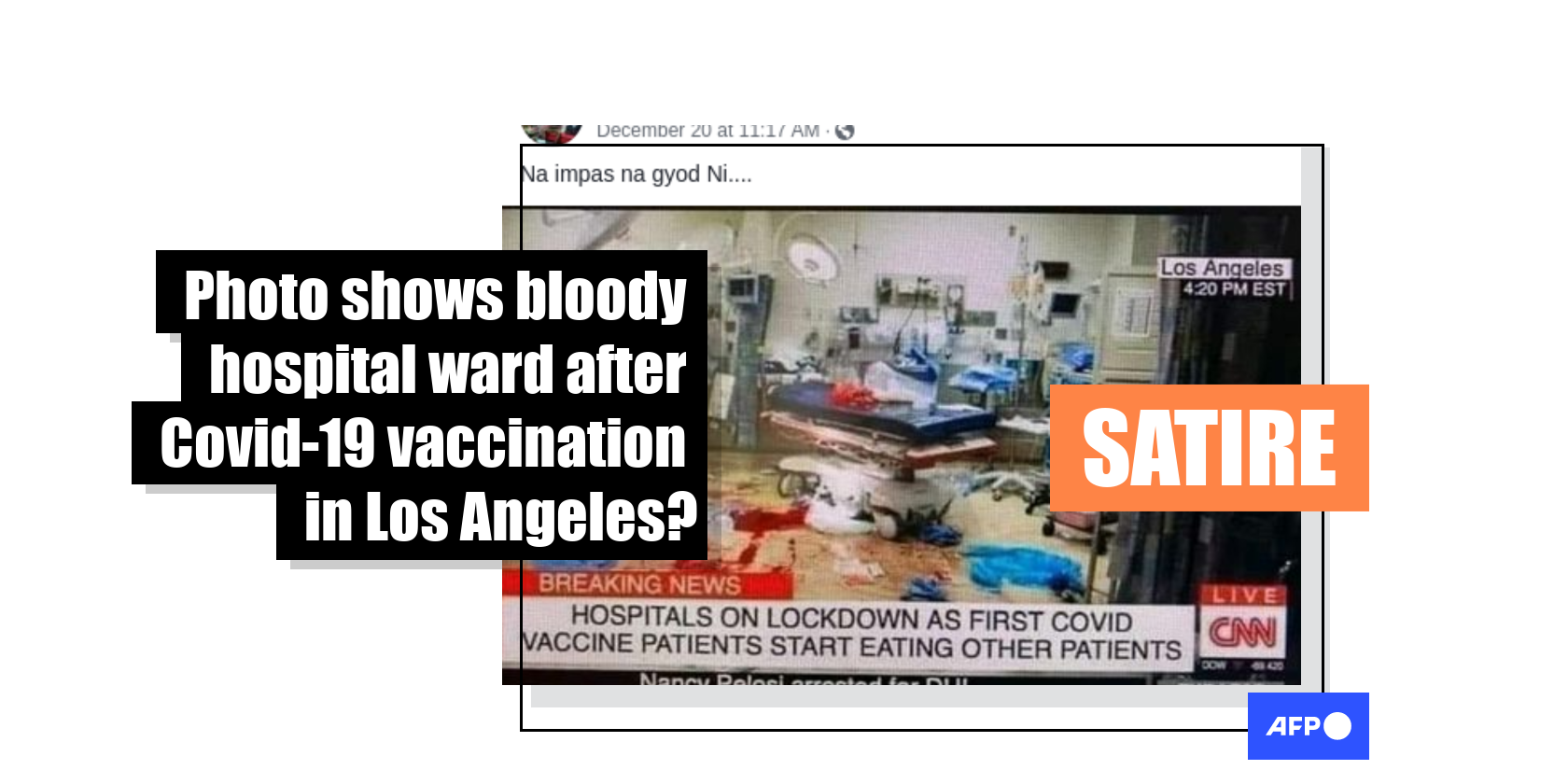 An image has been shared hundreds of times in multiple Facebook and Twitter posts that claim it shows a television report about violence breaking out at a US hospital after patients were vaccinated against the novel coronavirus. The claim is false: the photo in the purported report has circulated online since February 2019 in reports about US gun violence, one year before the coronavirus pandemic. The image has been manipulated for comedic effect to include a false chyron and has been shared on joke websites.

It purports to show a screenshot of a breaking news report in Los Angeles, overlaid with text that states: "HOSPITALS ON LOCKDOWN AS FIRST COVID VACCINE PATIENTS START EATING OTHER PATIENTS". 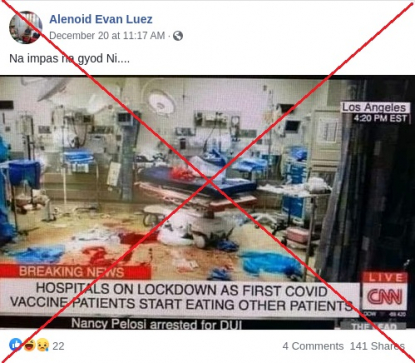 A screenshot of the misleading post, taken on December 23, 2020

The post’s Visayan-language caption translates to English as: "This is how we die...."

Comments on the post from some Facebook users indicated they were misled by the image. One person wrote: "Is this for real?"

Another said: "Oh my God is this legit? Then this will be the start of zombies".

The post circulated online as some Americans, including top politicians, started receiving vaccinations against Covid-19, as AFP reported here on December 18, 2020.

An identical photo was also shared alongside a similar claim here, here and here on Facebook; and here on Twitter.

A reverse image search on Google found the original photo was published here February 14, 2019 by US newspaper The New York Times.

The report reads in part: “Temple University Hospital treated 481 patients with gunshot wounds last year, and 97 died. In this one hospital in one neighborhood in one city. As a country, we lost nearly 40,000 lives to guns in 2017. These images are here to show you what happens.”

The photo is captioned: “The trauma bay in the emergency department at Temple University Hospital after resuscitation efforts failed.”

Below is a screenshot comparison of the photo in the misleading posts (L) and the New York Times photo (R):

The photo in the misleading posts that contains the text overlay referencing coronavirus vaccination was earlier posted on this joke site on December 16, 2020.

Multiple keyword searches on Google did not yield any credible news reports about the purported incident described in the misleading posts.