A photo of conjoined twins has been shared thousands of times in multiple Facebook posts in June 2020 alongside a claim they were born in Surigao, a city in the southern Philippines. The claim is false; the photo has circulated online since at least January 2017 in reports about conjoined twins born in the Mexican city of Juarez. 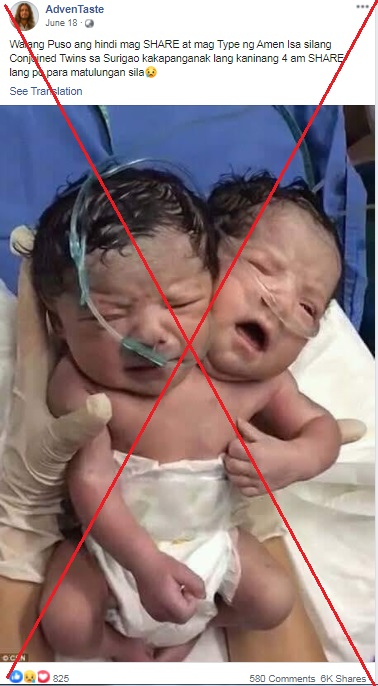 A screenshot of the misleading post taken on August 14, 2020

The post’s Tagalog-language caption states: "Those who don't SHARE this and Type Amen are Heartless These are Conjoined Twins in Surigao Born Just Earlier at 4 am SHARE this to help them".

Surigao is located in Mindanao, a major island in the southern Philippines.

A reverse image search on Google followed by a keyword search found the same photo was featured in multiple reports about conjoined twins who were born in the Mexican city of Juarez.

It was published in this Spanish-language report by the website noticiasya.com on January 9, 2017. The photo’s caption in the article reads: "A baby from Juarez is born with two heads".

The report states in part: "In Ciudad Juarez, the birth of a baby with two heads was reported. Doctors who specialised in the field think this is the first case in the city and in Mexico, which is why they call this an extraordinary case … For the moment, doctors cannot determine if the baby has small body with two heads, or if these are Siamese twins united in one body." 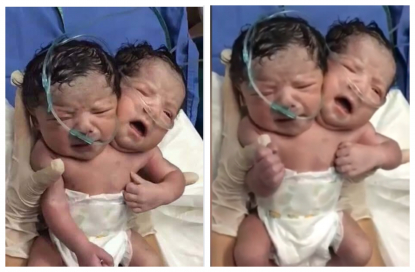 The same photo was also published in reports about the January 2017 birth in Mexico by US television network Fox News here and UK tabloid newspaper The Mirror here.