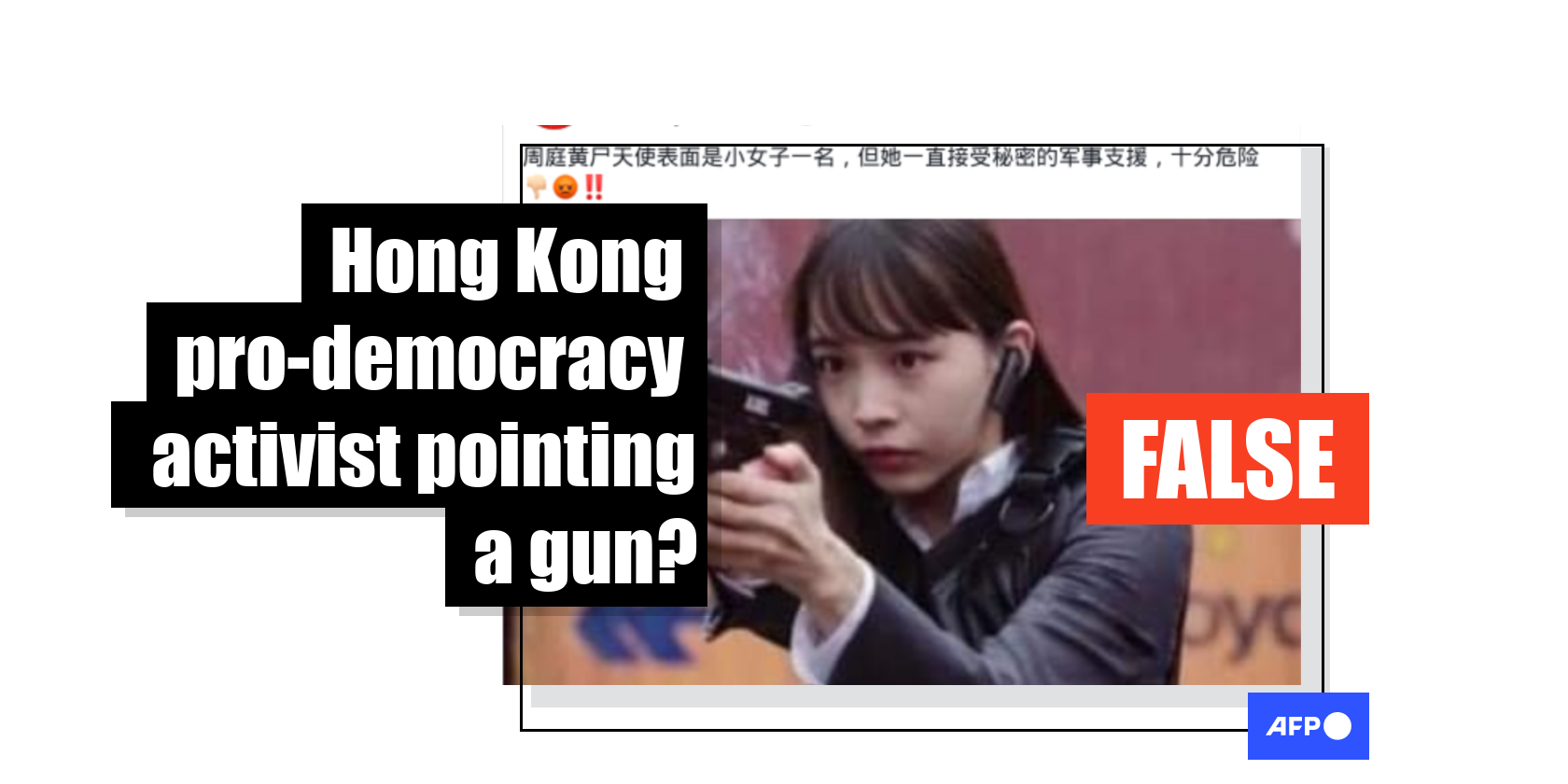 An image purporting to show Hong Kong pro-democracy activist Agnes Chow holding a gun during a “secret military training” has been shared repeatedly in multiple posts on Facebook and online forums. The claim is false; the image actually shows Japanese actress Hiroe Igeta in a scene from a Japanese television series.

The image was published here on August 12, 2020. It was shared in a Hong Kong-based pro-government Facebook group with more than 11,700 members. 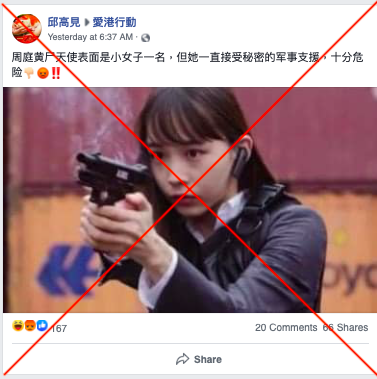 The post’s traditional Chinese-language caption translates to English as: “Agnes Chow has the appearance of an angel, but she has actually been receiving military training in secret. This is very dangerous.”

Agnes Chow is a prominent Hong Kong activist and co-founder of Demosisto, a now-dissolved pro-democracy political party established in 2016. She was arrested for alleged crimes under Beijing's new National Security Law on August 10, 2020 and released on bail the next day. Here is an AFP report about her arrest.

The image in the misleading post can be seen at the video’s nine-second mark.

Below is a screenshot comparison of the image in the misleading post (L) and the YouTube video (R):

A summary of the second episode on Kamen Rider Zero-One’s official website, as suggested by the title of the YouTube video above, reveals the actress in the scene is Hiroe Igeta. She is listed as playing the part of Yua Yaiba. 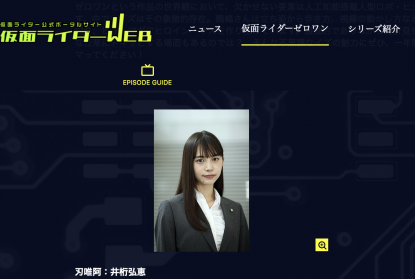 A screenshot of Hiroe Igeta’s character description on the Kamen Rider Zero-One website.

In response to the misleading posts, Chow denied that she had been pictured holding a gun in this August 13, 2020 Facebook post. She shared a screenshot of one of the misleading posts alongside a caption which reads: “Brains are awesome. I wish everybody had one.”

Joshua Wong, a co-founder of Demosisto alongside Chow, also addressed the misleading posts in this Facebook post published on August 13, 2020.

Sharing a screenshot of the misleading post, he wrote in traditional Chinese: “People say: ‘once you join a pro-China party, your brain will suffer damage’. Let me tell you a secret; Agnes Chow can transform!”