A photo has been shared thousands of times in multiple posts on Facebook which claim a female British national was bitten by Muslims in eastern Sri Lanka. The claim is false; the photo has circulated online since at least 2011 in a media report about an American teenager injured in an accident; police and the hospital authority in Sri Lanka told AFP they have not received any complaints about Sri Lankans biting a tourist.

The photo was published in this Facebook post on September 10, 2019. It has been shared more than 4,000 times. 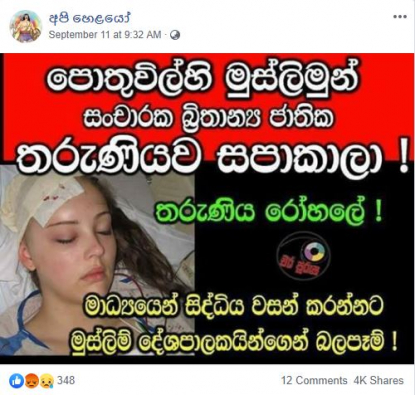 The Sinhala language text superimposed on the image translated to English as:

“Pottuvil Muslims have bitten a female British tourist! She is hospitalized!

“Muslim politicians pressuring media to keep the incident under wraps!"

Pottuvil is a coastal town in Eastern Sri Lanka.

The same photo was shared with a similar claim here , here and here on Facebook.

The claim is false; the photo has circulated online since at least 2011 in a media report about an American teenager injured in an accident

A reverse image search on Yandex found the photo indexed here on Google.

Below is a screenshot of the photo indexed on Google: 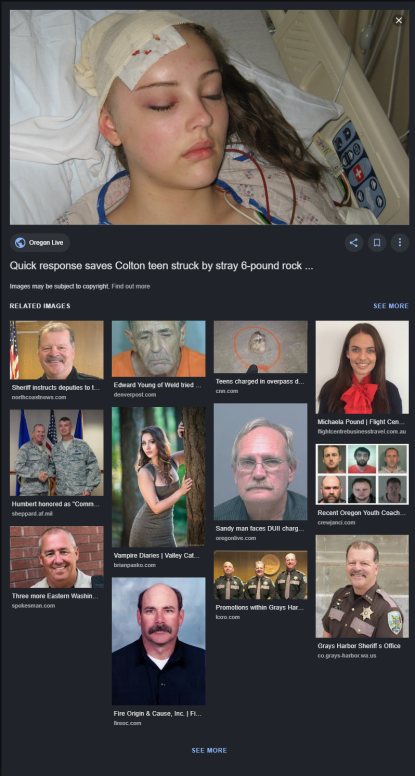 Screenshot of image indexed on Google

The indexed link leads to this report published by Oregon Live on April 21, 2011, about a teenager from Oregon, U.S. who was injured in an accident in 2011. The image has since been removed.

Nishantha Dissanayake, Pottuvil Police Officer in Charge, told AFP by phone on September 17, 2019 that they had not received any complaint by a tourist about being bitten by anyone in the area.

“There is absolutely no truth to the claims...We have a lot of tourist arrivals during the surfing season but I can assure you that no such complaint has been lodged and neither have we heard of such an incident,” he said.

Pottuvil Base Hospital Director Dr. I. L Mohammed Rifaz also told AFP by phone on September 17, 2019 that the hospital has not received or treated a patient with human bite wounds.

“Tourists usually visit the hospital to receive treatment for surfing accident injuries. We have not received or treated a tourist who was injured due to human bites. If such a case was brought in, I would have been immediately notified and we would have instantly alerted the Police and initiated an investigation through the Police post in the hospital,” he said.

The British High Commission in Colombo also said it had not been notified of a British national being bitten in Pottuvil.

“We have spoken to the local police about the report. They said they have not received such a complaint,” the Communications Manager for the British High Commission, Ayuni Munasinghe told AFP by email on September 18, 2019.