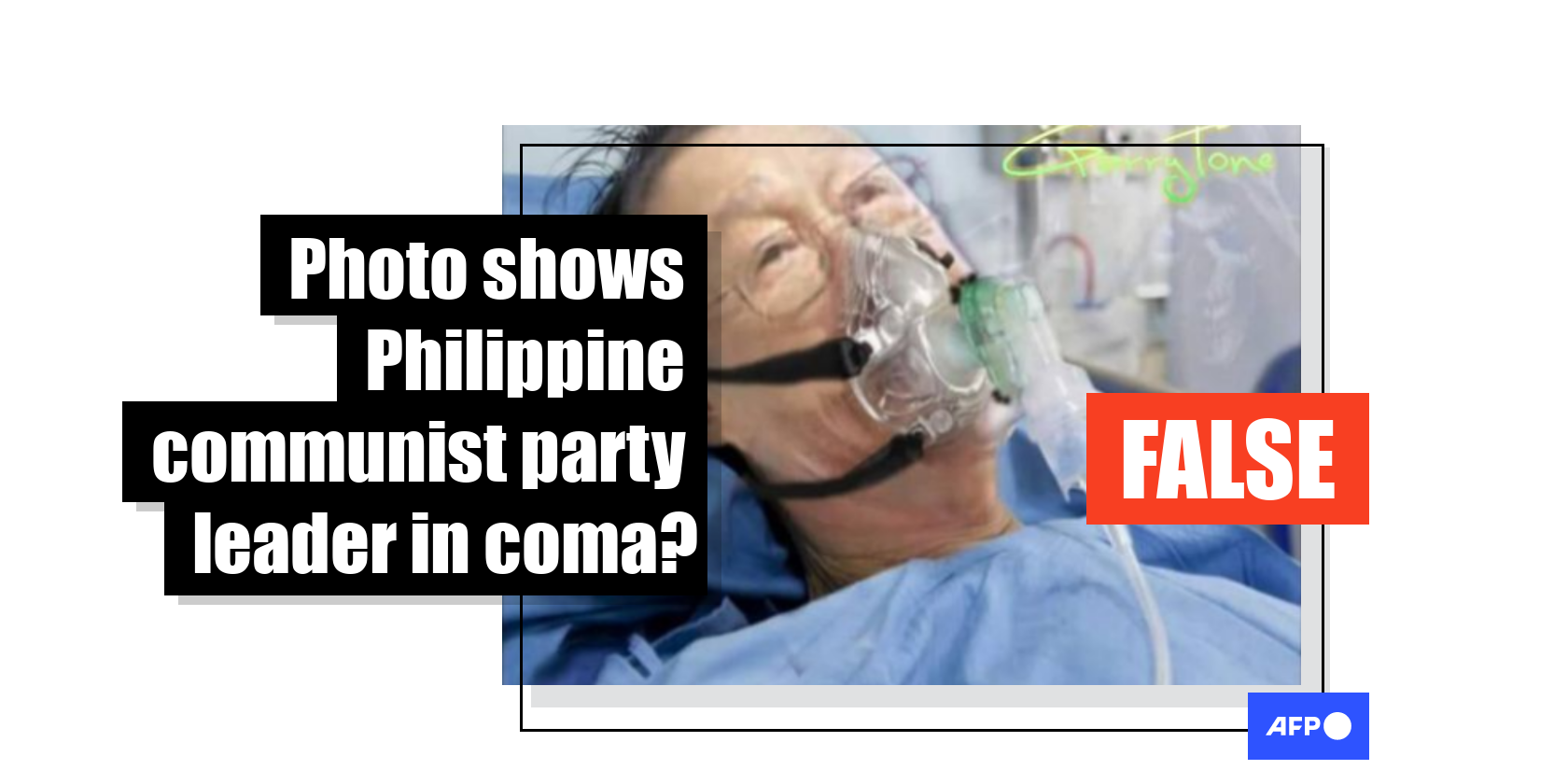 A photo has been shared thousands of times in multiple posts on Facebook and Twitter that claim it shows a Philippine communist party leader in a coma. The claim is false; the photo has been doctored from a stock image of a different person. A screenshot of the misleading post, taken on August 27, 2020

The post’s caption states: "Thanks Lord,,, this Demon in the World in soon gone,,,, / This Demon is Fighting for his Life in the Netherland (sic)......”

Jose Maria Sison, founder of the Communist Party of the Philippines, currently lives in the Dutch city of Utrecht, according to his Facebook profile.

The same photo has also been shared here, here, here and here on Facebook alongside a similar claim.

It was also shared on Twitter here with a similar claim in August 2018.

The claim is false; the photo has been doctored.

A reverse image search on TinEye found the photo was published in this article about pulmonary edema on October 25, 2014.

The report states in part: "Pulmonary edema is the accumulation of fluid in the lungs... Severe pulmonary edema can result in coma."

Below is a screenshot comparison of the photo in the misleading post (L) and the photo from the wisegeek.com article (R): 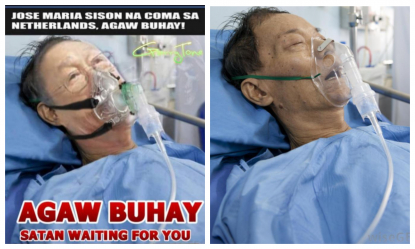 Screenshot comparison of the photo in the misleading post (L) and the photo from the wisegeek.com article (R)

The photo has been digitally altered to include an image of Sison’s face. This image of Sison published on September 24, 2018 by Philippine newspaper Philippine Star corresponds with part of the image in the misleading posts.

In response to the misleading posts, Sison told AFP by video call on August 27, 2020, that he remained “healthy”.

“I am very healthy and active every day,” he told AFP in a Facebook message the same day.