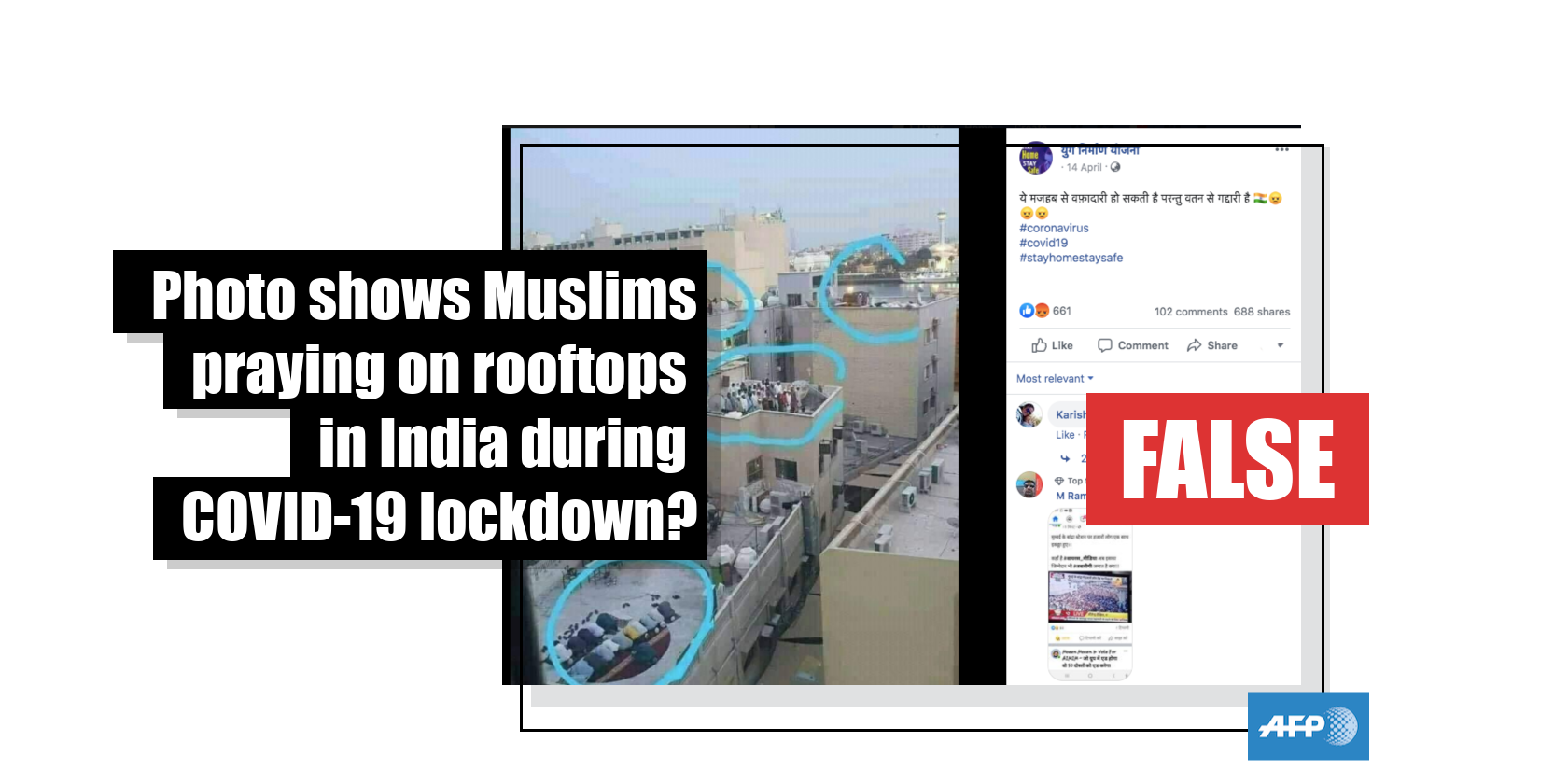 This photo in fact shows people praying on rooftops in Dubai

A photo of dozens of men praying on neighbouring rooftops has been shared hundreds of times on Facebook and Twitter alongside a claim it shows Muslim worshippers in India praying together in defiance of the country’s COVID-19 lockdown. The claim is false; the photo in fact shows people praying in Dubai.

The photo was shared nearly 700 times since being published on Facebook here on April 14, 2020. 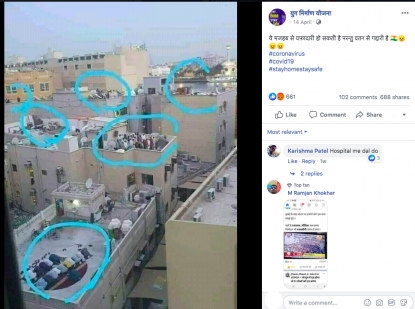 The post’s Hindi caption translates to English as: “This act of praying might be loyalty to their religion but this is mutiny against India #coronavirus, #covid19 #stayathome.”

The post was published the same day that Prime Minister Narendra Modi announced an extension to India’s nationwide COVID-19 lockdown, which has been in place in the country of 1.3 billion people since March 25, AFP reported.

A combination of reverse image and keyword searches based on identified landmarks in the photo found that it was in fact taken in Dubai, the largest city in the United Arab Emirates.

Dubai imposed a 24-hour lockdown on April 4 in response to the COVID-19 pandemic, as reported by AFP.

The photo was published in an Arabic report on a Tunisian media news website here. Subsequent searches with Arabic keywords found that the photo was also published on Twitter here on April 12, 2020.

The tweet translates to English as: “This is your dad’s curse, oh Ekab. This picture applies to an old story.”

“This photo is from Dubai and the caption is an old Arabic proverb used when someone regrets seeing a thing or feels bad about seeing a thing,” Al Bawardi, who is a freelance journalist based in Saudi Arabia, said via direct message on Twitter.

Three visible landmarks in the background of the photo also confirm that the prayer took place in Dubai.

The landmarks are circled in red and marked A, B and C in the screenshot below: 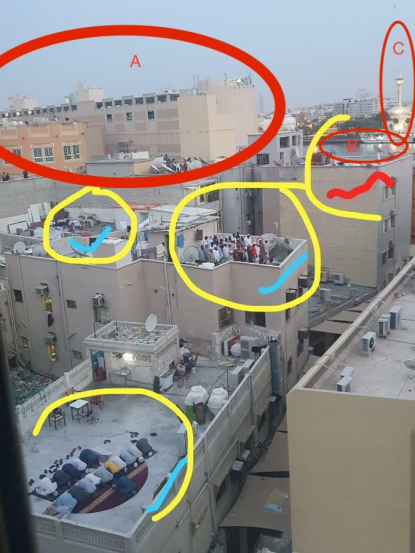 The building marked A is a multi-level car park located in Dubai’s Al Ras neighbourhood. It can be seen here Google Maps and from different angles here and here on Instant Street View, a separate Google Maps display platform.

Below is a screenshot comparison of the street view images:

AFP also published footage of the same building in this video on March 31, 2020.

Below is a screenshot comparison of the AFP video (L) and an Instant Street View image (R) taken from a similar location where AFP captured the video:

The waterway marked B is the Dubai Creek, a saltwater canal that extends into the Persian Gulf and passes alongside the buildings seen in the photo shared in the misleading posts. The specific part of the creek can be seen on Instant Street View here.

Below is a screenshot of the creek beside the multi-level car park (Landmark A):

The minaret and dome seen in the photo correspond to a mosque located across the Dubai Creek. The mosque can be seen on Google Maps here.

Below is a screenshot of the mosque’s minaret from the side of the creek that the shared photo was taken from: 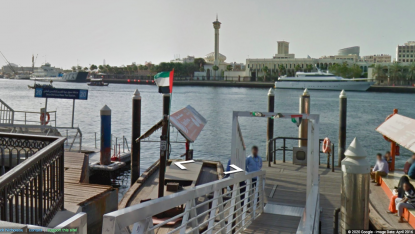 Landmarks A, B and C are also visible in Google Earth satellite images. Below is a screenshot with the Dubai landmarks labelled and circled in red: 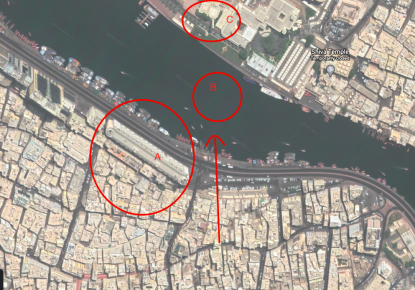