A photo has been shared thousands of times in multiple posts on Facebook which claim it shows a rally for President Donald Trump in Florida in October 2020. The photo is actually from the 2018 Street Parade music festival in Switzerland, and was previously used to spread disinformation about a protest against coronavirus restrictions in Berlin, Germany.

“Trump rally in Florida October 14, 2020,” reads the text accompanying an October 17 post. Other publications containing the same photo have been circulating mostly in English, but also in Spanish, racking up thousands of shares. 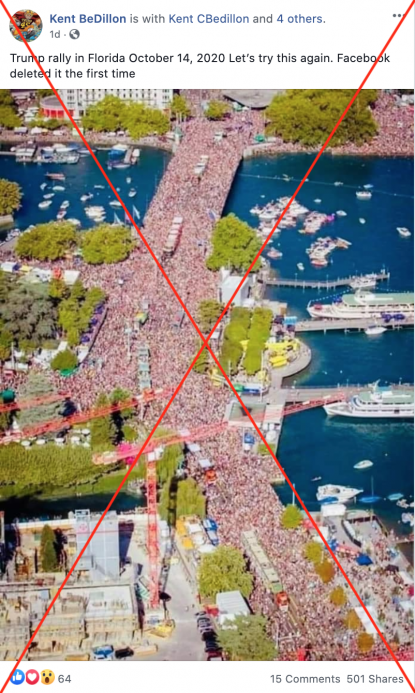 While the picture itself is authentic, it was taken in 2018 at the Street Parade, a music festival in Zurich, Switzerland.

A reverse image search on Google found an identical photo published on the website for Switzerland’s Street Parade, in its 2018 photo gallery. 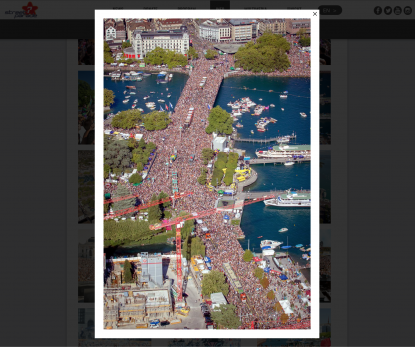 Screenshot taken of streetparade.com on October 19, 2020

Below is a screenshot comparison of the photo in the misleading post (L) and the image on the Street Parade website (R): 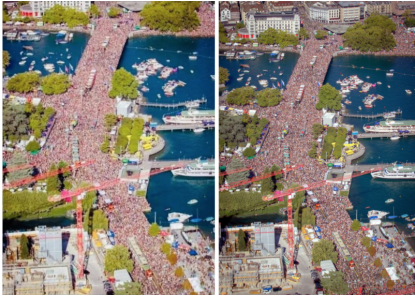 AFP located the bridge where the photo was taken here on Google Maps. 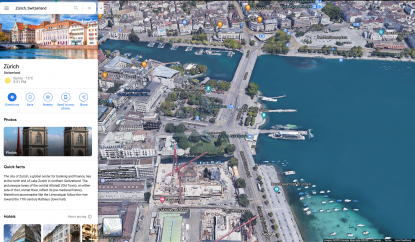 The posts surfaced after Trump held a large rally at Ocala International Airport in Florida on October 16.  Early voting opened October 19 in the Sunshine State, a battleground in the November 3 election.

Street Parade is an annual music festival held in Switzerland’s largest city Zurich. The 2020 Street Parade, due to take place on August 8, 2020, was cancelled due to the Covid-19 pandemic.

The same picture was previously used in posts claiming it showed an August demonstration against the coronavirus restrictions in Berlin, as AFP explained here.