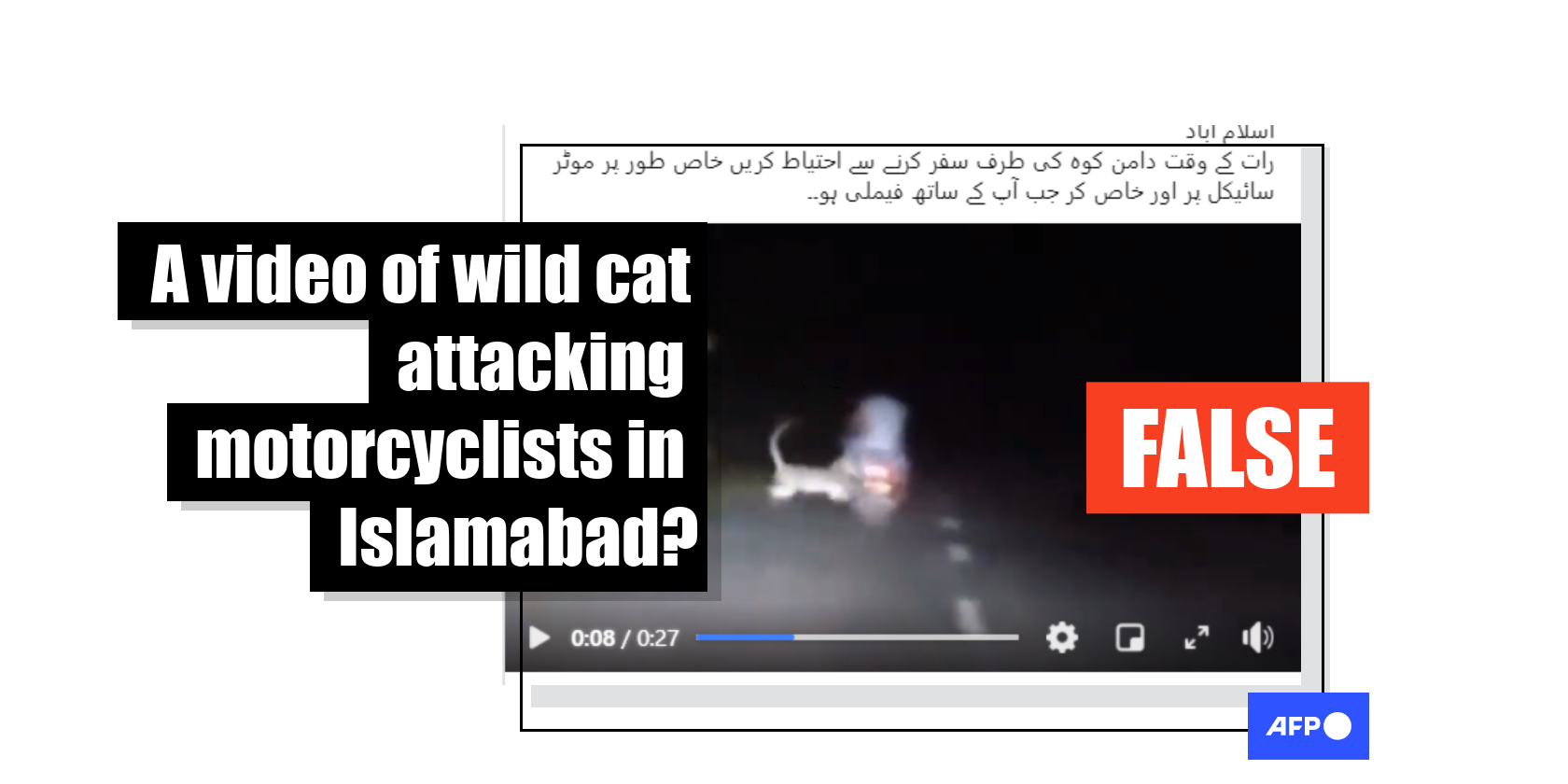 This is an old video of a near miss with a wild cat in India, not Pakistan

Footage of a wild cat lunging towards two men on a motorbike has been shared thousands of times on Facebook and Twitter alongside a claim that the incident occurred recently in the Margalla hills north of Pakistan’s capital Islamabad. The claim is false; the video was recorded in India and has circulated online since at least 2016.

The video has been shared more than 3,500 times since it was published on Facebook here on February 25, 2021.

“Islamabad. Take precautions while travelling at night towards Daman-e-Koh, especially on motorcycles and especially when you are with family,” reads the Urdu caption on the post.

Daman-e-Koh is a hill resort in Islamabad’s Margalla hills.

The footage is shot by unknown persons who appear to be sitting in a car and have spotted a wild animal on the roadside.

The footage then shows the wild cat lunge towards two men on a motorbike. They escape unharmed. 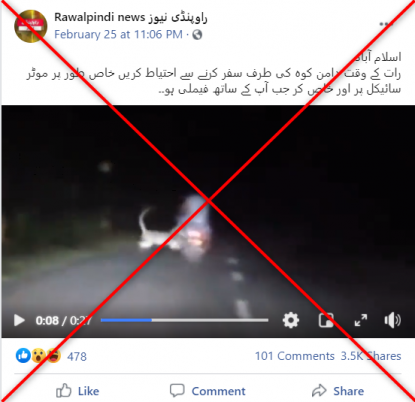 A reverse image search with video keyframes found that the footage has circulated since at least 2016 and that the incident occurred in India.

The earliest version of the footage was found published on YouTube here on October 5, 2016. The clip, which has been viewed more than 23 million times, was posted on an account called Exploring Wildlife.

The video description reads: “Tiger attacking a Man on National Highway//Watch Carefully till End//Close to Death.”

In the comments section, the Exploring Wildlife account stated that the video was recorded near the Jim Corbett Tiger Reserve, which is located in the Indian state of Uttarakhand.

Moreover, in the 2016 YouTube video, different male voices can be heard speaking Hindi, particularly in the north Indian accent. This differs from the Urdu speech heard in the footage shared in the misleading posts.

The Islamabad Wildlife Management Board also refuted the false claim, noting in a Facebook post that the incident seen in the video did not occur in Pakistan.

“Plz disregard rumours about leopard jumping on motorbike in Margalla Hills (it’s an old video made by Indian Forest Services officer somewhere in India) or any other stories of leopards attacking people on trails,” the Board said.

The News, an English-language daily in Pakistan, also debunked the false claim here on March 2, 2021.