Skip to main content
A damaged ship at Beirut port, almost a year after the massive explosion that killed more than 200 people and injured scores of others. (AFP / Joseph Eid)

A video has been viewed tens of thousands of times on Facebook, Twitter, and YouTube alongside a claim it shows a gas explosion in China’s northwestern Hubei province in June 2021. The claim is false: the video actually shows an explosion at a port in Lebanon's capital Beirut in August 2020.

The video appears to show explosions with mushroom-like clouds. 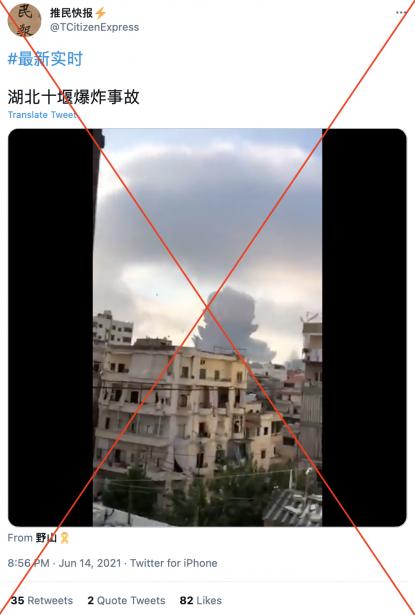 Shiyan is a city in China’s northwestern Hubei province.

A gas pipe exploded in a residential compound in Shiyan on June 13, 2021, killing at least 12 people and injuring almost 140, AFP reported here.

A reverse image search on Google found the same video published here on Twitter on August 4, 2020.

The post’s caption translates in English as: “What are those crackers?! Chemicals or weapons?! Something unreasonable and a huge explosion. #Lebanon”. 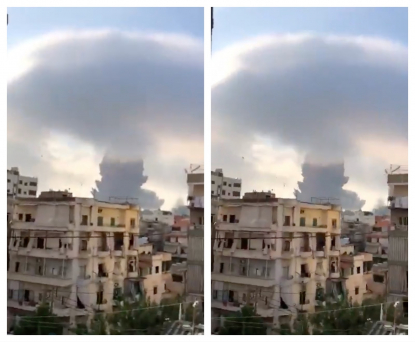 A screenshot comparison of the misleading video and the video on Twitter.

The same video was also published in various media reports about the explosions in Beirut including here by Hong Kong-based newspaper South China Morning Post; here by American newspaper USA Today; and here by US news agency Associated Press.