A photo has been shared thousands of times on Facebook with claims that it shows a recent picture of 74-year-old US singer Cher and her 94-year mother. But the claim is misleading. The photo was actually taken in 2012 when Cher was 66 and her mother was 86. The same photo was also shared on Facebook here, here, here and here, with users praising the pair’s youthful appearances.

But the posts are misleading. A reverse image search showed an article published on the website of British newspaper Daily Mail on June 21,  2012, with the headline: “Never too old for leggings! Cher defies her 66 years as she steps out in skintight pants”.

The photo caption reads: “Good genes: It is obvious Cher gets her youthful looks from her mother, Georgia Holt, 86 after she posted a picture of them before they met Barack Obama earlier this month.” 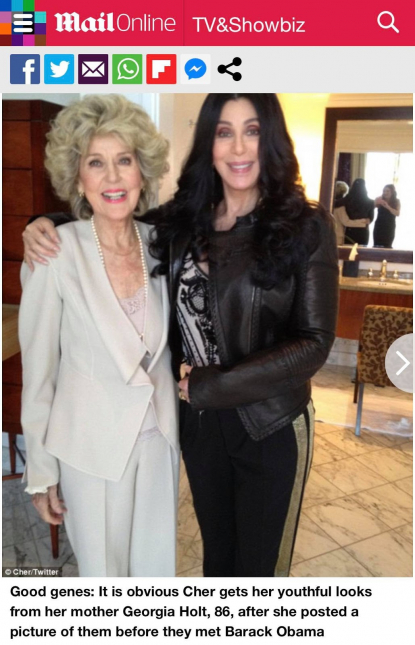 Screenshot of the Daily Mail article, taken on September 10, 2020

The image was among a set tweeted by Cher on June 7, 2012, before she met Obama with a friend and family.

Cher regularly tweets about Holt and four years ago, she posted this image and said: “This is what 70 & 90 looks like in my family… Mom has NO MAKE UP ON”. 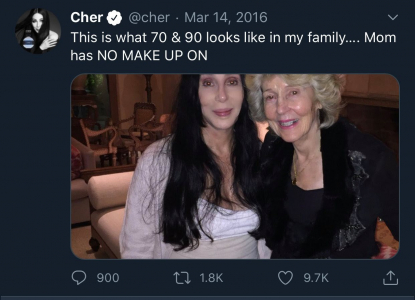 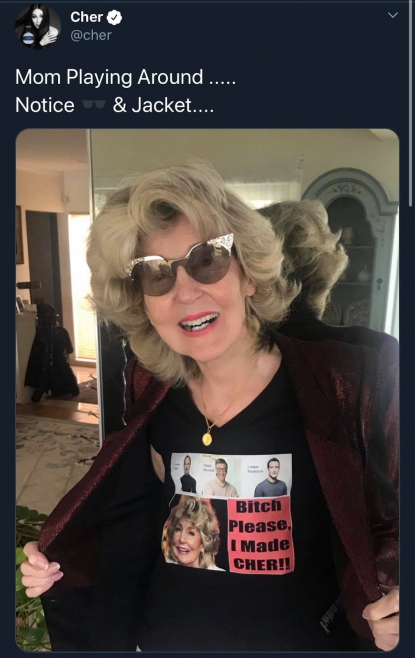