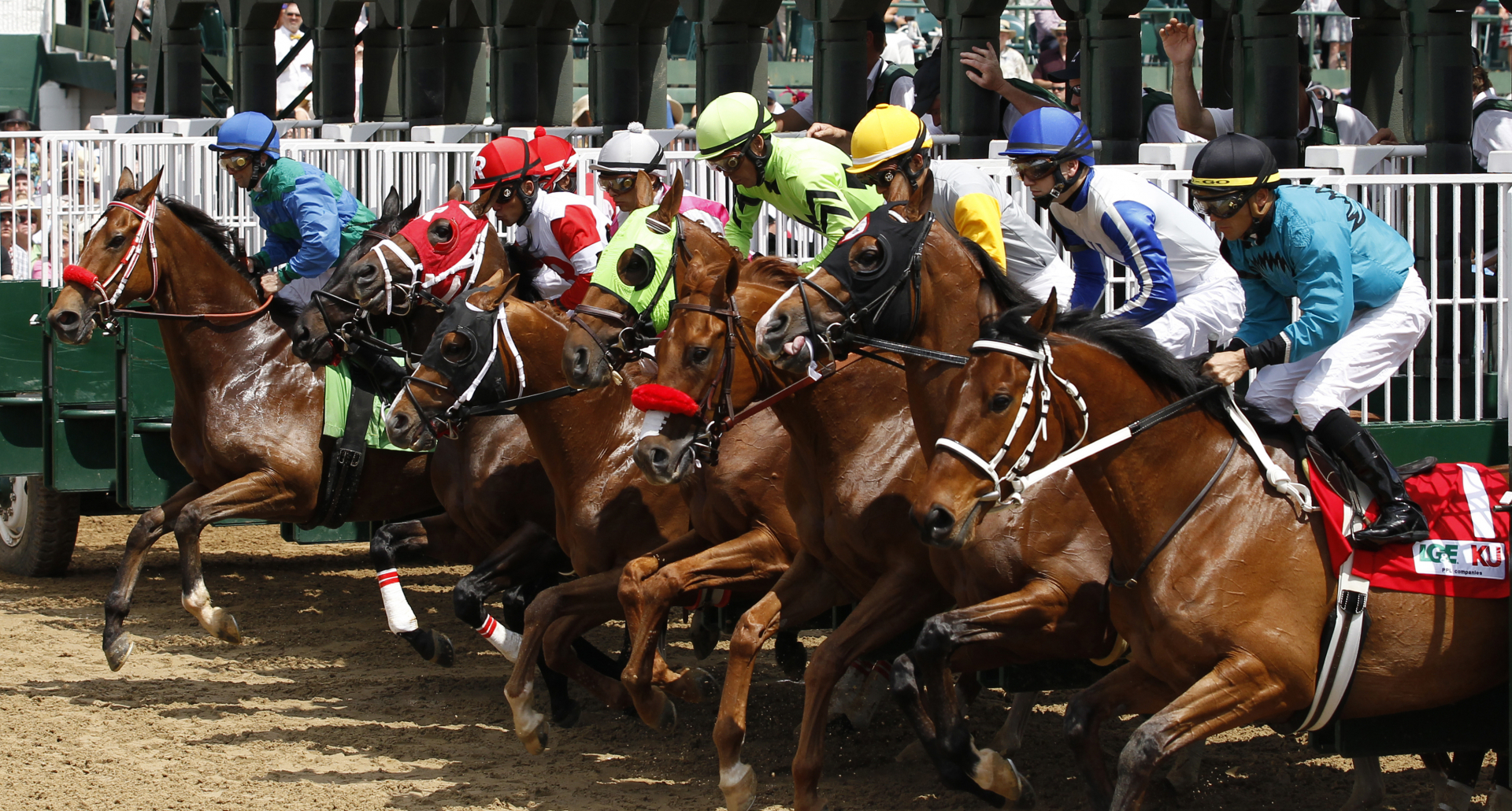 Horses break from the gate in the fourth race at Churchill Downs, in Louisville, Kentucky on May 5, 2012 (AFP / Mark Abraham)

Facebook posts claim Kentucky Governor Andy Beshear attended the 2020 edition of the state’s famous horse race, and didn’t wear a mask for protection during the Covid-19 pandemic. This is false; the 2020 Kentucky Derby took place without spectators except for necessary staff, and the photo illustrating the claims dates from 2017.

“When a tyrant tells you to be safe at home,” the text over a photo of Beshear says, “yet here he is at the Derby no mask,” it continues.

The claim can be found here, here, and here. 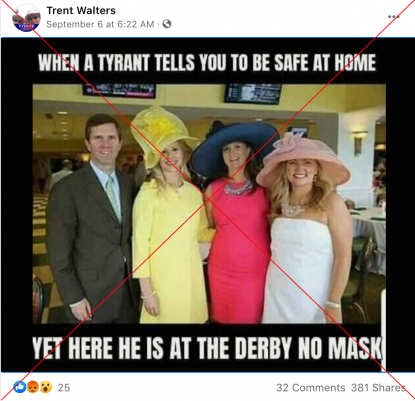 Some Facebook users commented under the photo, accusing the governor of hypocrisy and of being a traitor. “I knew he would be there. Double standards Andy right on cue,” one wrote.

Because of the pandemic, US racing's most prestigious event was held not on the traditional first Saturday in May but on the first Saturday of September.

After social distancing was recommended for everyone in Kentucky in March, the state is gradually reopening process, with some fitness centers, parks, bars and restaurants functioning at a diminished capacity and under strict guidelines. The state’s latest health measures to fight the spread of the virus are here.

Churchill Downs Incorporated, the company in charge of the event, decided in August that the 146th edition of the Derby would take place without on-site spectators. Instead of more than 100,000 fans jammed into the grandstands and infield, no more than 1,000 essential personnel, owners and trainers were on hand.

Kentucky Governor Andy Beshear, a Democrat who won over incumbent Republican Governor Matt Bevin in the state’s 2019 election, supported the move. "I applaud Churchill Downs for continuing to monitor the virus and for making the right and responsible decision," he said.

Some confusion may stem from the fact that, in posts congratulating the winner of the 146th edition of the Derby -- shared by Beshear here and here on Twitter -- he and his wife were dressed in outfits very similar to what they wore for the 2017 Kentucky Oaks, a major race held the day before the Derby.

The similarity is shown in this slideshow published by The Voice-Tribune, a weekly local newspaper that covered the 143rd edition of the event.

A Google reverse image search confirmed that the photo in the Facebook posts is the same as the 2017 picture. For the virtual trophy presentation, the governor’s wife, Britainy Beshear, revisited “the theme and dress and hat” from her 2017 derby outfit. “So people saw that, and saw the old photo, and thought it all happened on the same day... But it’s not true,” Abeln told AFP.

Kentucky has a “fairly low” Covid-19 death toll of 1,000, Beshear said in a statement on September 9 that emphasized the importance of mask-wearing.