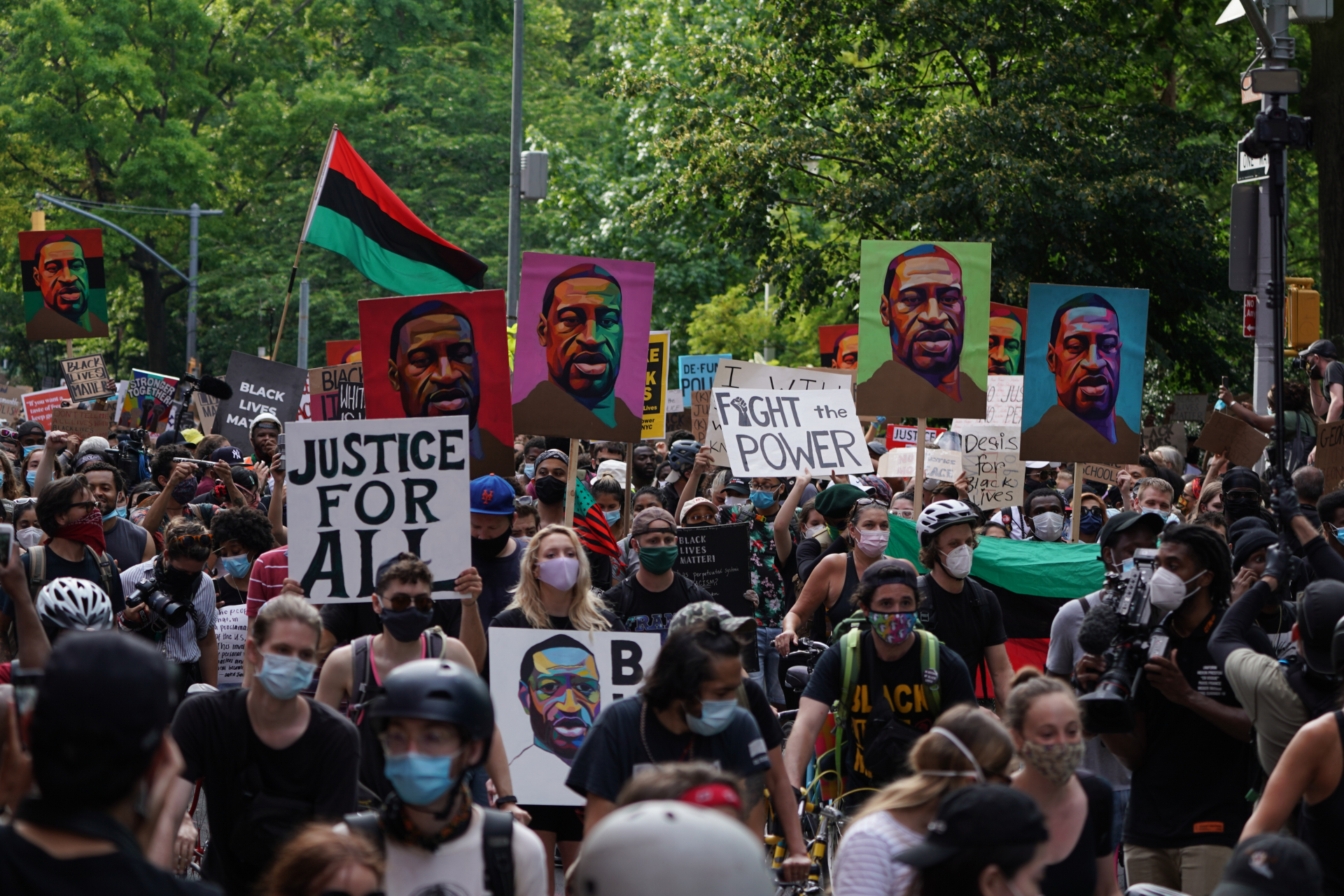 Protesters hold Black Lives Matter signs and pictures of George Floyd as they march through Greenwich Village in a demonstration over the death of George Floyd by Minneapolis Police on June 19, 2020 in New York. (AFP / Bryan R. Smith)

Multiple Facebook posts have repeatedly shared a graphic purporting to show 2015 US crime statistics released by the “Crime Statistics Bureau - San Francisco”. The posts purport to compare offender rates based on race and statistics on police killings. They were shared as large anti-racism protests were held across the US over the police killing of George Floyd. The claims are false; a US criminologist said the statistics are “bogus”; the San Francisco Police Department said the “Crime Statistics Bureau - San Francisco” cited in the posts does not exist. 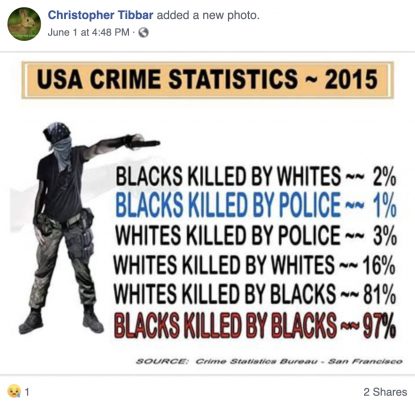 The post circulated as major US cities were put under curfew following large anti-racism protests over the police killing of 46-year-old African-American George Floyd.

Another version of the graphic, which excludes the purported source, can be seen in Facebook posts here and here. A separate graphic displaying the same purported data was also published here, here, here, and here with a similar claim.

A spokesperson for the San Francisco Police Department told AFP by email on June 19, 2020 that they are “not familiar with any ‘Crime Statistics Bureau'". The spokesperson noted legitimate sources of crime data include the FBI’s Uniform Crime Reporting program and the State of California’s Department of Justice.

Justin Nix, an associate professor of Criminology and Criminal Justice at the University of Nebraska, Omaha, also told AFP via email on June 23, 2020 the statistics in the graphic were “completely bogus.”

Nix pointed to the FBI’s known race/ethnicity homicide data for 2015, which show significantly different percentages than the misleading graphic. The percentages based on the FBI’s data are as follows:

Nix added, however, that “many homicides involve an unknown perpetrator, making it impossible to estimate the percentages shown in that graphic.”

“According to the FBI, there were 7,039 Black people and 5,854 White people murdered in 2015. But nevertheless, it’s well established in Criminology that most crime is intraracial,” Nix said.

Regarding police killing statistics, Nix said US figures are “woefully inadequate” but pointed to The Washington Post’s database on fatal police shootings, which Nix said accounts for “~95% of all police killings”.

According to the database, which categorised victims by race, there were 994 fatal police shootings in 2015. The victims included 258 black people and 497 white people.

Nix added: “It’s far from perfect, but we could add those numbers into the FBI homicide figures above to get the following: "

Mapping Police Violence, an independent research group, recorded even more total police killings than The Washington Post, claiming that police killed at least 1,152 people in the US in 2015.

The misleading graphic was also previously debunked in 2015 by Politifact and FactCheck.org after then presidential candidate Donald Trump retweeted the image.