Skip to main content
This handout from the Royal Thai Government taken and released on March 9, 2021 shows Thailand's Prime Minister Prayut Chan-O-Cha spraying hand sanitiser at journalists in an attempt to avoid questions about the cabinet reshuffle during a press conference in Bangkok. (AFP / Handout)

A claim that TIME magazine named Thai Prime Minister Prayut Chan-o-cha the “best leader in the world” has been shared tens of thousands of times on Facebook. The posts add that Prayut narrowly beat Canadian Prime Minister Justin Trudeau for the top spot. The claim is misleading; it was originally intended as an April Fool’s joke in 2017; TIME magazine also said the claim was false.

“According to the World Leader 2019 ranking that was announced today, Prayuth Chan-O-cha is the best leader in the world, narrowly followed by the Canadian Prime Minister Justin Trudeau.”

It credits Prayuth's “strong and creative policy in developing the country” for his nomination. 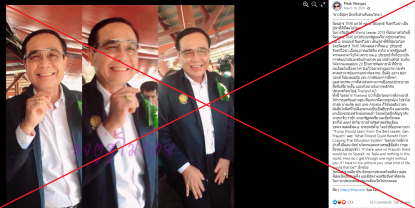 The post features photos of Prayuth with superimposed text that translates as: “Uncle Tu, don’t give up”.

Prayut, who is commonly referred to by supporters as Uncle Tu, is a former army-chief who seized power from a democratically-elected government in 2014.

Other Facebook users appeared to believe the TIME award was genuine, posting comments such as “Love Uncle Tu”; “It is clear.. Stay all the way, Uncle Tu.”; and “I sincerely congratulate you, Uncle Tu.” 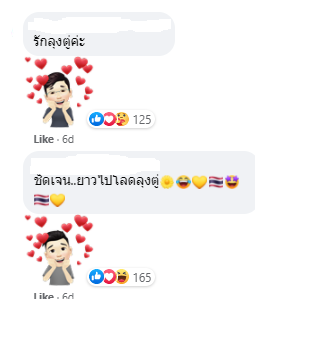 Screenshot of the users' comments

The claim about the purported TIME magazine ranking previously circulated on Facebook in 2017, 2019 and 2021. It was also shared by Thai site Daily here in March 2019.

A keyword search found that the claim appears to have originated in this Facebook post by The Matter, a local Thai local media outlet, on March 31, 2017. The caption clearly notes that the post is an April Fool Day joke.

“TIME ranked Premier Prayuth Chan-O-cha as the best leader in the world,” the caption reads. 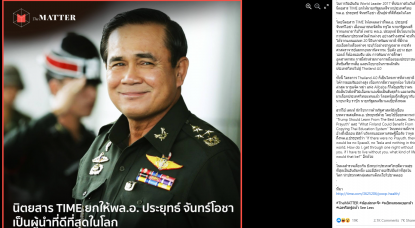 “This claim is false. TIME does not publish a ranking of world leaders,” a spokesperson for the magazine told AFP in an email on March 25, 2021