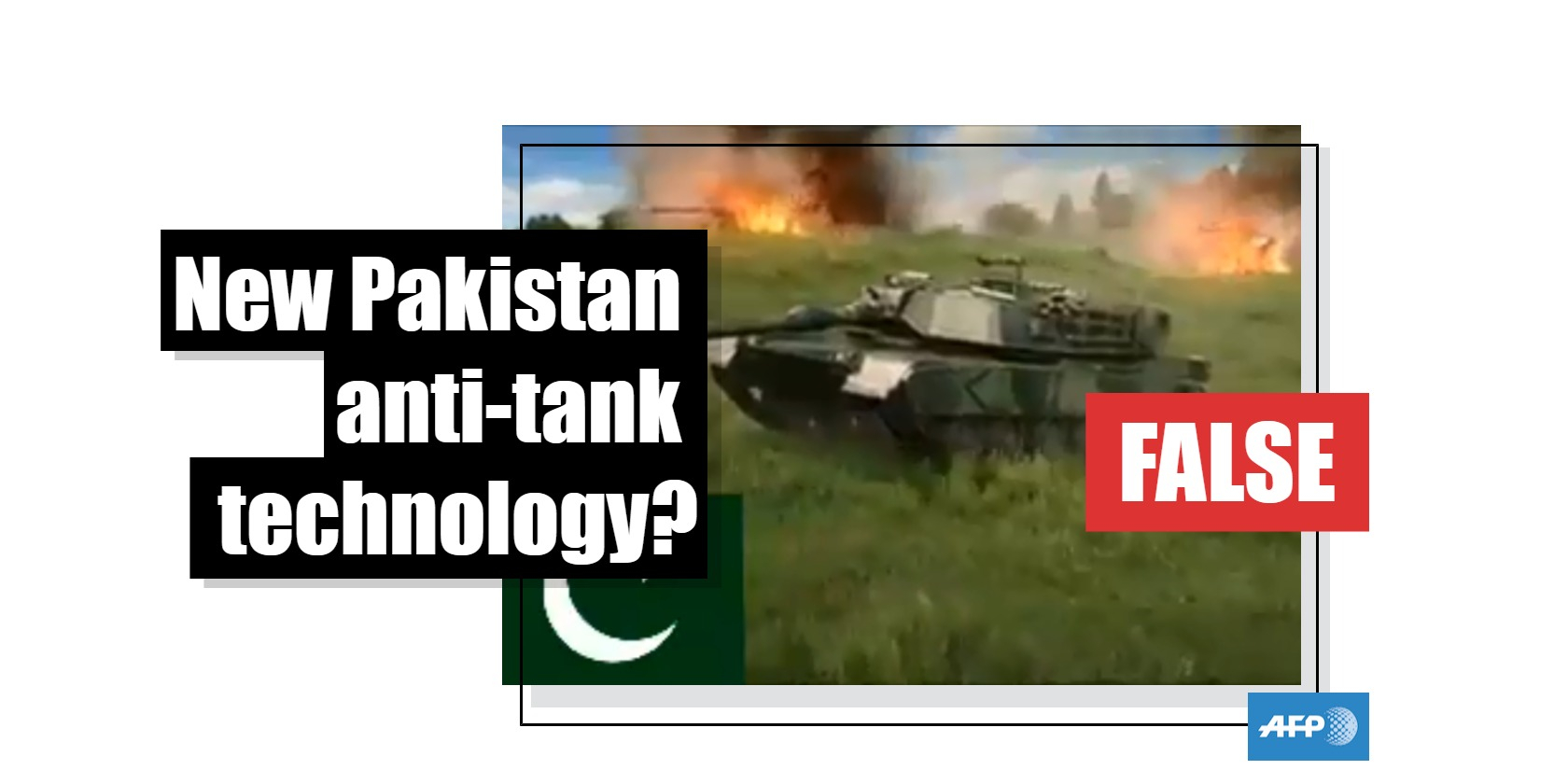 No, this video does not show new Pakistan tank technology

A video that was widely-shared on Facebook entitled “Pakistan New Technology” depicts a high-tech automatic anti-tank system. The footage, which has gone viral in Pakistan, is actually computer-generated imagery created by a Russian engineer in 2015. The Pakistan army told AFP the footage was old animation that had had an Urdu song added.

The video was posted on ‘Pak army k fans’, a pro-Pakistan military Facebook page July 8, 2018 and has been viewed 2.6 million times.

The animated footage shows anti-tank weapons being dropped from a military transport plane before destroying tanks on the ground.

The footage has the Pakistan flag on one corner and the soundtrack is a Pakistani army song.

Google reverse image searches reveal that the footage was taken from a video posted on YouTube in January this year by Dahir Semenov, a Russian engineer who lives in Turkey and owns an engineering company.

That video, entitled “Future Anti-Tank Weapons - Fastest Missile Launcher In The World”, has more than 19 million views. Semenov told AFP that he put the original version of the video online in 2015.

“All that was shown in this film was invented by me, which of course I now regret,” he told AFP by email.

“This was done to promote interest in our engineering team and the YouTube channel which was an erroneous step on my part. Now I understand that it is permissible to attract attention solely by good deeds and peaceful creative technologies, there is nothing worse than war on earth.”

The Pakistan Army told AFP that the video was old footage except for the new Urdu song added as a soundtrack.

Pakistan’s military does not typically publicise the details of new weaponry it obtains.

When it has done so in the past, it has issued statements and handout images through its media wing.

No such statements have been issued concerning any new tank technology and the misleading video was not shared through the army's official channels.