No, these photos show an Iron Age grave in Iran, German religious artifacts and Iraqi bracelets

Photographs of an archaeological dig and ornate gold jewelry, some of it displayed on skeletons, have been shared thousands of times in Facebook posts which claim they show treasures from King Nimrod’s grave in Iraq. The claim is false; the photos show an unrelated archaeological dig in Iran, religious artifacts from Germany; and bracelets from graves in the city of Nimrud in Iraq; archaeologists do not agree on whether King Nimrod was an actual historical figure and his grave has not been found.

This April 2, 2019, post on Facebook, which has been shared more than 2,100 times, contains five images: one photo shows men around a newly-unearthed grave; three images show a skeleton bedecked with ornate gold jewellery; another image shows a person in uniform holding two gold bracelets. 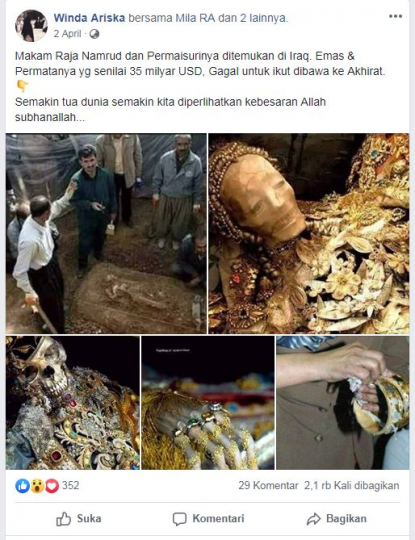 The post's Indonesian-language caption translates to English as: “The tombs of King Nimrod and his empress were discovered in Iraq. Golds and jewels worth USD 35 billion failed to be brought to the afterlife. The older the earth becomes, the more we are shown with the God’s greatness.”

Nimrod, also known as Namrud, is a biblical figure known in the Jewish, Christian and Islamic traditions.

The series of photos have also been shared in other posts here, here and here on Facebook and here in a blog published on blogspot.

The same photos and claims have also been published in English on a number of blogs including here and here.

Reverse image searches on Google and Yandex found the first image in the misleading posts published here on June 28, 2015 by the Islamic Republic News Agency (IRNA), Iran’s state news agency, in a report about the discovery of a Iron Age graveyard in the city of Sanandaj, the capital of Kurdistan province in western Iran.

Below is a screenshot of the IRNA’s report containing the photo: 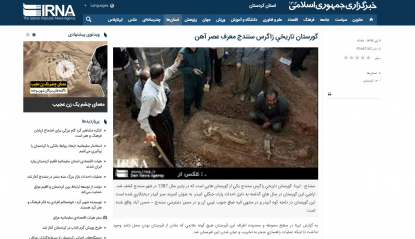 The Persian language report's headline translates to English as: “The Sanandaj-Zagros historic cemetery dates back to the Iron Age”.

The photo’s caption translates to English as: “The Sanandaj-Zagros cemetery was discovered in the fall of 2008 in the city of Sanandaj. It was located in the area considered for the construction of a forest park on the foothill of mount Abidar.”

Below is a screenshot of the images in The Guardian’s report: 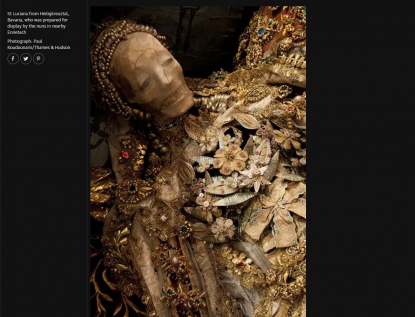 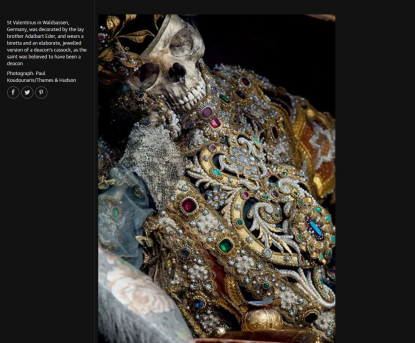 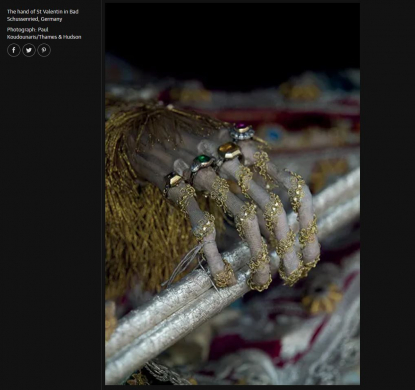 The final photo in the misleading posts shows a person holding two gold bracelets. It was published on the Baghdad Museum website here with the title: “THE SECRET OF NIMRUD”.

According to this 2015 blog post, the photo was one of a series of images, which can be seen here, taken by US Army photographer SFC Noreen Feeney in 2003 of “the Nimrud Gold from the Queens' Tomb”.

Below is a screenshot of the photo on the Baghdad Museum website:

Nimrud is the name of an ancient Assyrian city in modern-day Iraq.

The ancient city was destroyed in 2016 by the Islamic State (IS) group, according to reports by Al Jazeera and the BBC.

The Queens’ Tomb in Nimrud was discovered in 1989, according to this University of Chicago publication.

Some archaeologists have claimed to have discovered King Nimrod's grave, for example here in Turkey, but others have expressed doubt that Nimrod was an actual historic figure.

This encyclopedia Britannica entry says: "There is some consensus among biblical scholars that the mention of Nimrod in Genesis is a reference not to an individual but to an ancient people in Mesopotamia. The description of Nimrod as a 'mighty hunter before the Lord' is an intrusion in this context, but probably, like the historical notices, derived from some old Babylonian saga."