No, these photos do not show Pakistan’s national flag on the streets of an Indian city to celebrate the election of a new mayor

A Facebook post shares photos it claims show Pakistan flags decorating the streets of India’s eastern city of Kolkata to celebrate the city’s newly elected mayor. The flags in the photo are not Pakistan’s flag but a similar looking Islamic flag, which was put up to mark a Muslim religious holiday in late November.

The photos, which have been shared hundreds of times since they were posted to Facebook December 2, 2018, claim to show Pakistan’s national flag being put up on the streets of Kolkata to celebrate the city’s newly elected mayor, Firhad Hakim.

The photos have a caption in Hindi that says: “Pakistan flags being put up in celebration of Kolkata’s newly elected mayor Firhad Hakim. This is alarming for Hindus.”

The misleading claim was first shared on Facebook on November 21, 2018 with caption in Bengali which says: “The flag of Pakistan is hanging across all of Domjur. The Trinamool will make state turn into mini Pakistan.”

Domjur is a town near Kolkata and the Trinamool Congress (TMC) is the political party to which mayor Hakim belongs. TMC councillors selected Hakim as mayor designate on November 22, 2018.

The flags in the photos are green with a star and crescent. Pakistan's flag is also green but it has a white stripe along the left side and a white crescent and star on it.

A green flag with a star and crescent is an Islamic flag commonly used during religious festivals. Eid Milad-un-Nabi fell on November 21, 2018. 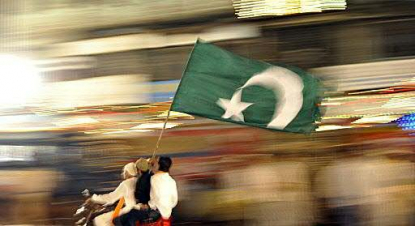 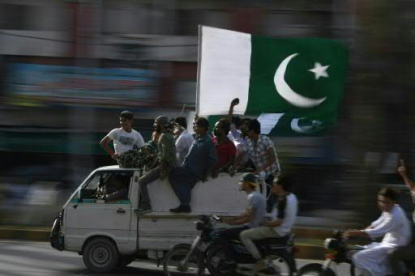 The Kolkata Traffic Police tweeted about the Eid Milad-un-Nabi festivities in the city on November 21, with the islamic flag clearly seen in their photo.

Eye-catching & peaceful road-rallies were organized by Muslim brethren on the occasion of #Milad_un_Nabi, generally known as #বিশ্ব_নবী_দিবস at different areas under #KP_South_Suburban_Division.
Many people spontaniously took part in the rallies. pic.twitter.com/OT0DjDBTz7

No, this is not a photograph showing what happens to a person who insults the Koran

No, this photo does not show a flooded street in Indonesia's capital