No, this photo shows the Santiaguito volcano erupting in Guatemala in 2009

The photo was published here on Facebook on January 12, 2020. It has been shared more than 300 times. 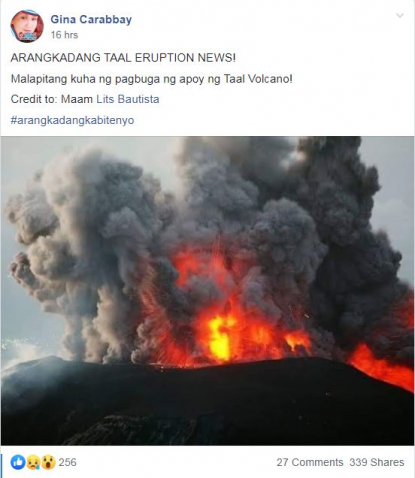 The photo was shared on the same day that the Taal volcano, situated on an island in the middle of a lake in the south of Manila, began emitting huge plumes of ash. The Philippine seismology agency subsequently issued an imminent "hazardous explosive eruption” warning. Thousands of people were evacuated from the area and flight operations were temporarily suspended at Manila airport, following further reports of earthquakes, as reported by AFP here on January 13, 2020.

The photo was also shared hundreds of times in other Facebook posts here and here, and on Twitter here, alongside a similar claim.

The claim is false; this photo shows the eruption of Santiaguito volcano in Guatemala in 2009.

A reverse image search on TinEye found this Getty Images page which describes the photo as a stock photo of the Santiaguito volcanic eruption in Guatemala in January 2009.

Below is a screenshot of the photo on the Getty Images website:

Getty Images credits Stocktrek Images, Inc. as a contributor to this photo.

On the Stocktrek Images, Inc. website, Martin Rietze has been credited as the photographer who took the image.

Below is a screenshot of the Stocktrek Images page:

Below is a screenshot of the photo on Rietze’s website: 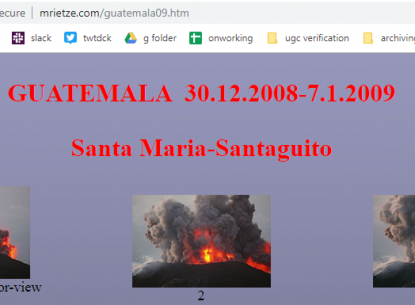