No, this photo does not show cats which actor Keanu Reeves saved from euthanasia

A photo of US actor Keanu Reeves surrounded by dozens of cats has been shared thousands of times in multiple posts on Facebook alongside a claim that he saved cats from being euthanised during his travels around the world. The claim is false; the photo has been doctored to include Reeves; versions of the photo without Reeves have circulated online since at least 2012.

The Portuguese language caption translates to English as: "American actor Keanu Reeves has saved many cats from euthanasia. During his trips all over the world, every time when he finds a cat in life-threatening danger he would take it with him to the US. All cats have been sterilised and vaccinated and currently live in a shelter all for themselves." 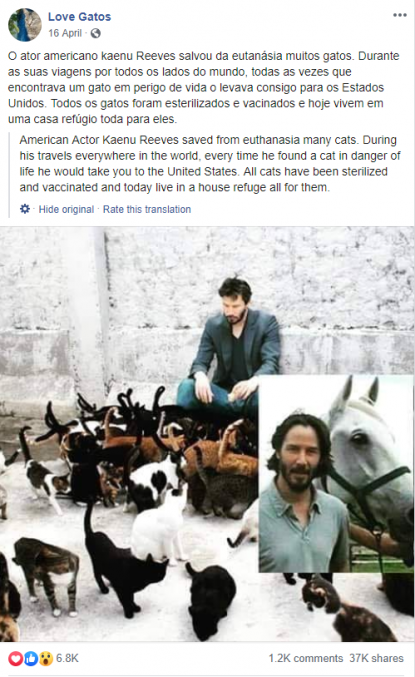 The same photo has been shared thousands of times alongside a similar claim on Facebook here, here and here.

The claim is false; the photo has been doctored to include Reeves.

A reverse image search on Google found the same image without Reeves published in this tweet on June 24, 2012. 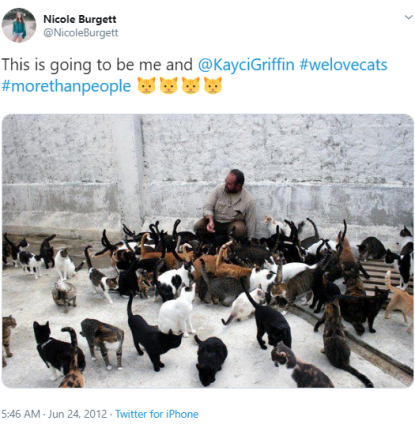 Below is a screenshot comparison of the photo in the misleading post (L) and photo in the June 2012 tweet (R):

Another reverse image search found the photo of Reeves in the doctored image was taken from a separate photo of him sitting on a park bench. The photo was published here by Los Angeles based entertainment website E! News on June 15, 2010. 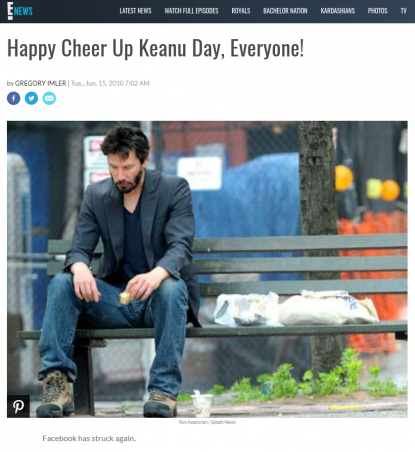 The same photo has been debunked by US based fact check site Snopes here.