No, this Pakistani woman police officer was not shot dead

Four photos have been shared thousands of times in multiple posts on Facebook and Twitter published between December 2017 and May 2019 alongside a claim they show a Pakistani female police officer shot dead in the Pakistani city of Karachi. The claim is false; AFP spoke to the officer on the telephone after the misleading posts were published; one of the photos in the misleading posts shows the funeral of a different police official in 2014.

The photos were shared in this Facebook post published on April 29, 2019 which has been shared more than 6,600 times after being posted by a page with more than 137,000 followers. 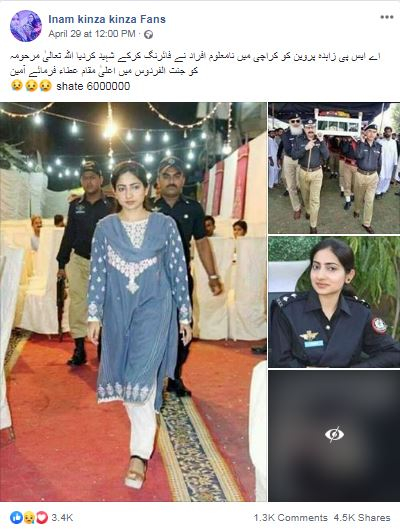 The first photo in the misleading post shows Pakistani policewoman Zahida Parveen escorted by two policemen; the second photo shows police officers carrying a coffin; the third photo shows Parveen in her police uniform; the fourth photo shows a woman lying on a street with a wound near her eye.

The Urdu language caption translates to English as: “ASP (Assistant Superintendent Police) Zahida Parveen was martyred in firing by unknown people in Karachi. May Allah grant the deceased a high place in paradise. Amen.”

“Zahida Parveen” is a Pakistani police officer. She is listed here as an assistant district officer in Karachi on the website for the Government of Pakistan Frontier Constabulary.

Below is a screenshot of the page: 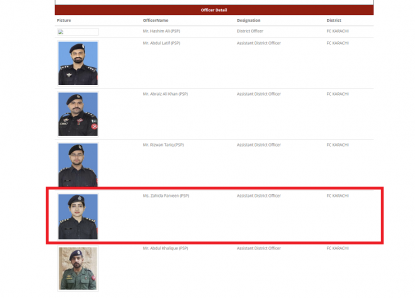 A screenshot the website for the Government of Pakistan Frontier Constabulary

The same photos were also published here and here on Twitter with a similar claim.

An AFP journalist in Isalamabad spoke to Parveen by phone on April 30, 2019.

She said false reports of her death had surfaced in 2017.

She said: “These fake news on social media about my death do not affect me, however these are disturbing for my family.”

Parveen told AFP she has previously publicly denied false reports of her death on her Facebook page, including here.

She has shared posts on her Facebook page as recently as May 13, 2019.

Below is a screenshot of her latest Facebook activity: 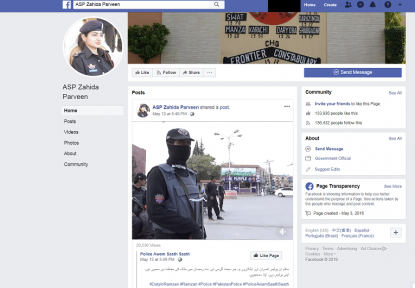 A screenshot of latest Facebook activity of police officer

This photo in the misleading posts shows the funeral of a different police officer in November 2014.

Below is a screenshot of the photo in the misleading Facebook posts: 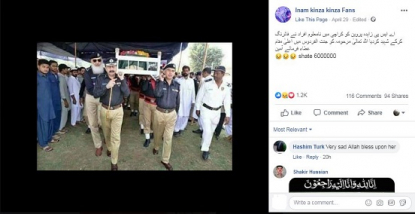 A screenshot of the photo in the misleading Facebook posts

A reverse image search on Google found the photo had been published in this report published on the website of the Pakistani daily newspaper The Express Tribune on November 11, 2014.

Below is a screenshot of The Express Tribune report: 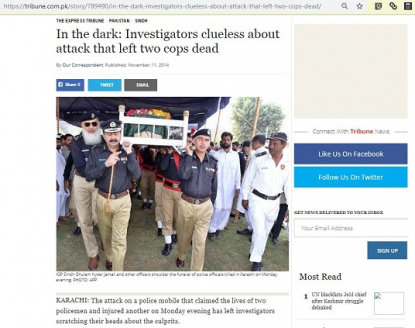 A screenshot of The Express Tribune report

The photo caption states the image was taken by state-run Associated Press of Pakistan at the funeral of two police officials in Karachi.

The first two paragraphs say: “KARACHI: The attack on a police mobile that claimed the lives of two policemen and injured another on Monday evening has left investigators scratching their heads about the culprits.

“Head Constable Shamsur Rehman and Constable Muhammad Mobin were killed and policeman Sohail Ejaz was wounded when assailants on motorcycles hurled a hand grenade and a flammable chemical on their vehicle while they were patrolling on MA Jinnah Road. The chemical immediately caught fire, gutting the vehicle and causing severe burn injuries to the policemen.”