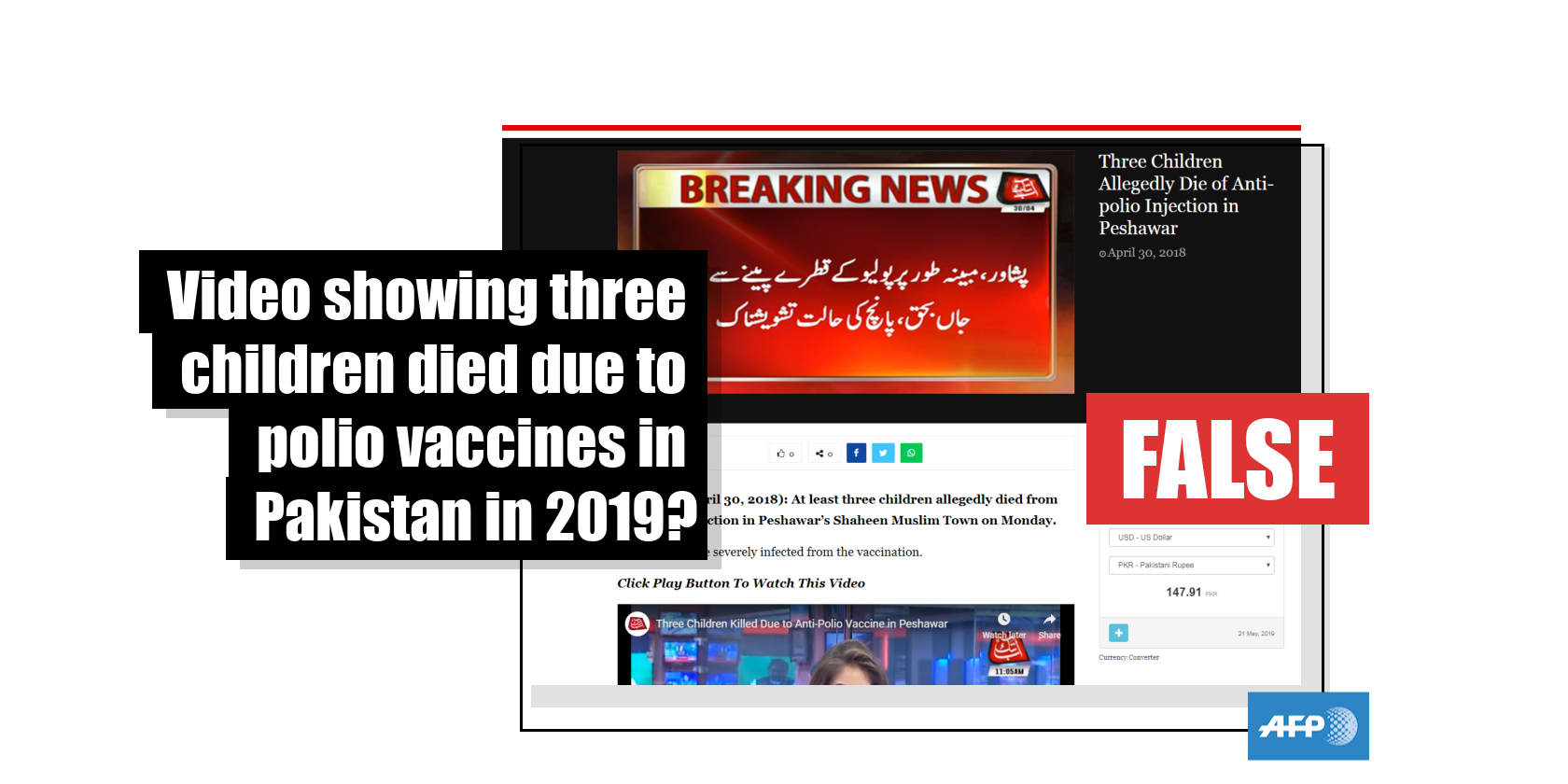 No, this is not a video about polio vaccines causing the deaths of three children in Pakistan in 2019

A "breaking news" video has been viewed hundreds of thousands of times in April 2019 social media posts that claim three children have died in Peshawar, Pakistan after receiving polio vaccinations. The claim is false; the video clip has been edited from a television report about an April 2018 incident; the World Health Organization, Pakistan’s Health Department, and Peshawar’s health minister have all said that no children died in the province as a result of the polio vaccine.

The Urdu language caption translates to English as: “Three children have died in Peshawar due to polio (vaccine).” 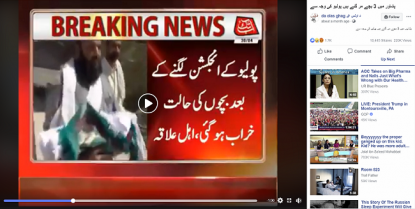 At 0:04, the female newsreader says in Urdu: “In Peshawar three children died and five others were in critical condition after allegedly being given expired polio injections.”

The misleading Facebook post was posted soon after a series of attacks on polio vaccinators in Pakistan. This is an AFP report published on April 27, 2019, about the attacks.

The same video has also been shared on Facebook here and here with an identical claim.

The claim is misleading; the video clip has actually been taken from an old television report -- a keyword search found the exact same video published here on April 30, 2018 on the official YouTube channel for Abb Takk TV.

The video was also included in this report published on April 30, 2018 on the Abb Takk TV website with the headline: “Three Children Allegedly Die of Anti-polio Injection in Peshawar.”

A fact finding inquiry by Pakistan’s Health Department at the time found that the three children had not died due to polio vaccinations, according to an official report published on May 3, 2018. 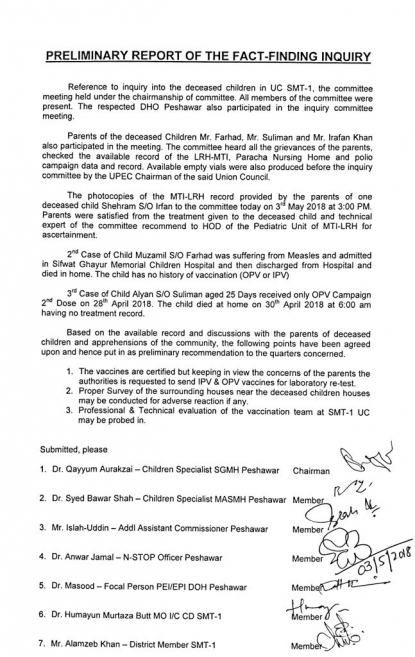 A screenshot of the provincial health department report

Dr Imtiaz Shah, Focal Person for the World Health Organisation in Peshawar, speaking about the 2018 incident, told AFP by phone: "One child died due to measles and second died due to septicemia, while the third died because he got under her mother when they were sleeping. None of these child because of a reaction to anti-polio vaccine."

Provincial health minister Hisham Inamullah said no child in Khyber Pakhtunkhwa, the province in which Peshawar is situated, had ever died due to receiving the polio vaccine. He made the statement in this video posted on his political party’s official Facebook page on April 22, 2019.

His statement in Urdu translates to English in part as: “All the children of Khyber Pakhtunkhwa (province) and Pakistan are our own children. If there had been such an incident that any child, God forbid, had become unstable or any such incident had happened, some death has occurred, then I would have been disturbed myself first of all. There is no such thing.”

Commenting on the province of Khyber Pakhtunkhwa, Inamullah also told AFP in a face-to-face interview on April 22, 2019: “No child has died nor has been affected after taking polio vaccine.”

AFP published another fact check on false polio deaths in Peshawar on May 15, 2019 here .