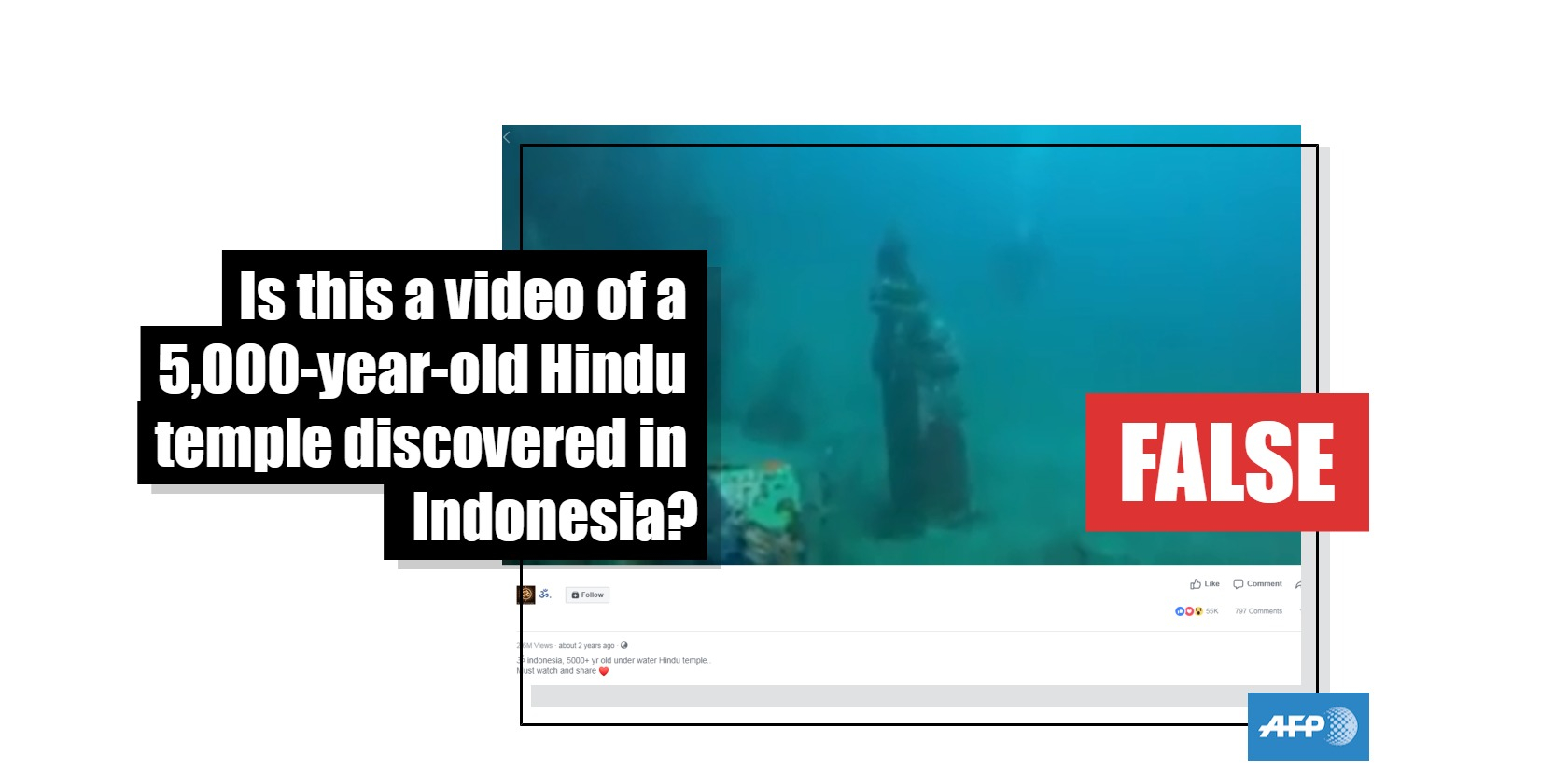 No, this is not a video of a 5000-year-old underwater Hindu temple excavated in Indonesia

A viral video claims to show a 5,000-year-old underwater Hindu temple that has been excavated in Indonesia. The claim is false and the footage actually shows an underwater sculpture garden in Pemuteran in northern Bali created by scuba divers in 2005 as part of a conservation project.

The video has been widely shared on Facebook, for example here and here, where it has been viewed more than 4.5 million times since being were posted in 2017.

Here is a screenshot of one of the misleading posts: 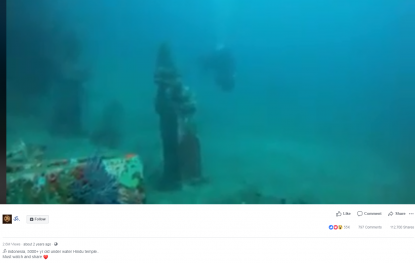 Another version of the post from 2016, which can be seen here and was shared by an account with more than three million followers, contains some images taken from the video. 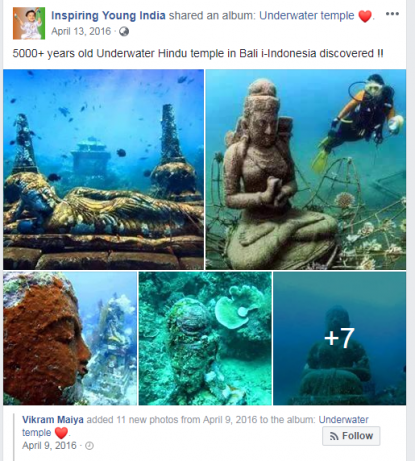 All the posts claim that the video and images are of a 5,000-year-old Hindu temple which they say has been discovered in Indonesia.

The original footage was posted on YouTube in 2012 by Paul M Turley, owner of Sea Rovers Dive Centre in Bali.

The statues and structures seen in the footage are all part of an underwater garden and sculpture park that Turley and others created in 2005 as part of a cultural and environmental conservation project.

“The project was built in 2005 and not excavated as claimed by viral posts,” Turley told AFP.

Turley has written a blog about the underwater temple garden project in an attempt to debunk the repeated viral videos.

“The truth is out there if only people would take the time to read it and listen to what is actually being said. Or learn how to Google properly,” Turley wrote in the blog.

The underwater temple garden is part of a broader effort to conserve reefs in the area, which had funding from the Australian Aid Agency and includes a reef gardening project.

The original video about the underwater temple garden can be seen here:

More footage of the underwater temple garden can be seen here.

On the Reef Seen Divers' Resort website, the garden is described as the brainchild of director Chris Brown.

"A dream of Chris’s since the early 90’s he has finally been able to make it come true. An engineering feat, with over ten large stone statues resting on stone plinths and a 4 metre high Balinese candi bentar gateway," it says.

"It is found at a depth of 28 meters and incorporates a cleaning station with schooling baitfish. The 'garden' is covered in gorgonian fans and must be seen to be believed. A second stage of this Temple Garden has now been started on the reef flats above at a depth of around 15 metres," it says.