No, this is not a photograph showing what happens to a person who insults the Koran

A viral Facebook post shares a photograph of a creature and claims that anyone who disrespects Islam’s holy book the Koran will end up in this state. The claim is false and the image actually shows a sculpture created by Italian artist Laira Maganuco.

The Facebook post, which has been shared more than 52,000 times since it was posted September 15, has a caption that says: "Those of you who insult the Koran will end up like this. Share it, tell the world and like this page. Thanks."

It shares a photograph of a strange creature: 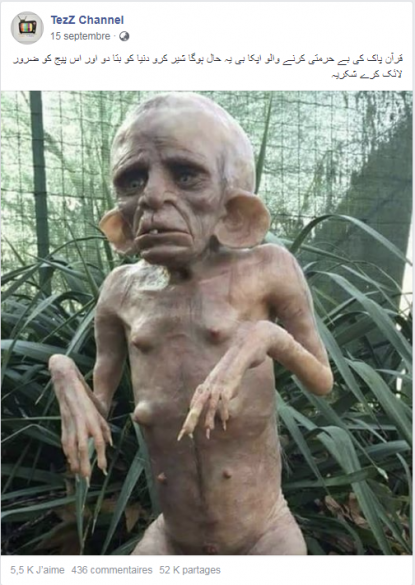 A reverse image search found the photograph is of a sculpture by Italian artist Laira Maganuco. It can be seen on her official Facebook page and Instagram account.

In both posts she writes that the sculpture is made of silicone.

Maganuco also posted a YouTube video showing the creature. Near the end of the video a hand squeezes various parts of the sculpture.

Her work is for sale on Etsy and her website, both of which show multiple other sculptures in a similar style. 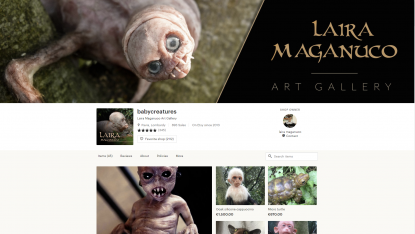 Laira Maganuco's Etsy page, many sculptures of similar style can be purchased

Her art has featured in viral hoaxes before, and Maganuco herself has posted about the hoaxes, for example here.

This YouTube video posted in April 2018 features her work and is captioned “Viral Sach (truth): Alien spotted in UP's Chandauli?”

UP is an abbreviation for Uttar Pradesh, a province in India.

Another blog post featuring the same Maganuco sculpture is titled: “Shocking: story of a human pig whom was given birth to by a southern Indian prostitute who slept with a pig”