No, this is not a photo of people killed in a 2002 train attack in India

A photograph is being shared on Facebook alongside claims it shows the charred bodies of people killed in a 2002 incident where a train was attacked and set on fire in India. The image actually shows the victims of an oil tanker explosion in the Democratic Republic of Congo in 2010.

The photograph was shared in a November 20, 2018, Facebook post alongside a claim it shows the bodies in India’s western state of Gujarat. Here is an archived link to the post for evidence purposes, but AFP warns the image is disturbing.

The post, which has been shared more than 1,000 times, has a caption in Hindi that says: “Hindu brothers, before voting for Congress, remember the Godhra massacre, where Congress Muslims under their government torched two train carriages filled with Hindus. If you have any sympathy towards Hindus then rid India of Congress.”

The post claims the image shows the aftermath of the 2002 Godhra incident, when more than 50 people were burned to death after a train was attacked and carriages set on fire.

The photograph is actually of an oil tanker explosion in the Democratic Republic of Congo in 2010, which killed more than 200 people.

Photographs of the incident, which are very graphic, can be seen in this Afrik.com report.

An AFP analysis of the images found the misleading post clearly depicts the incident in the DRC due to a series of identifying markers.

Below is the image used in the post with key identifying markers circled. AFP has blacked out the charred corpses in the foreground. 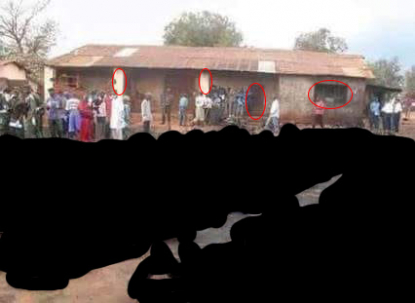 Below is the image posted on Afrik.com of the aftermath of the 2010 disaster, again with  key identifying markers circled and the graphic content blacked out. 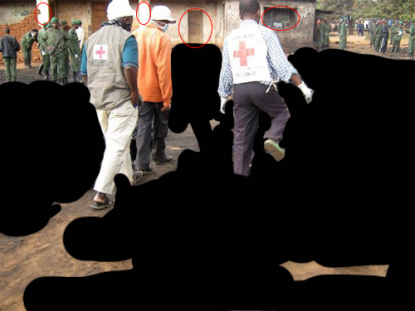 Photo of DRC accident from Afrik.com

Both the misleading image and the Afrik.com images of the DRC disaster have the same structure in the background, with a distinctive brown door, white pillars and a rectangular window on the far right hand side circled.

The DRC fuel tanker explosion was widely reported at the time, for example here by Al Jazeera and here by CNN.

AFP also covered the incident but the photo of the victims' bodies was taken from a different angle and after they were covered with plastic sheets. 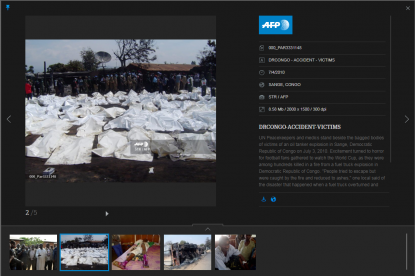 The same photograph shared in the misleading Facebook post has previously been used in 2017 alongside false claims it showed Rohingyas.

The image has also been misrepresented as a Boko Haram massacre in Nigeria.

The misleading Facebook post also claims the 2002 Godhra incident happened when the Indian National Congress party was in power.

But the Bharatiya Janata Party (BJP) was in power in both Gujarat and the national level in 2002.

The BJP’s current Prime Minister Narendra Modi was chief minister of Gujarat in 2002.

The BJP’s Atal Bihari Vajpayee was prime minister of India in 2002.