No, this is not a photo of a national highway in western India

Multiple Facebook posts share a photograph of a four-lane motorway cut through a mountain which they claim is a national highway in western India. The claim is false, the image actually shows the D400 highway in southern Turkey.

The posts, for example this one which has been shared more than 800 times since it was uploaded to Facebook January 28, 2019, share a photograph of the empty motorway.

The caption says in Hindi: “This is not Sweden, Switzerland or any European nation. This is India. This is national highway number 66 on the Mumbai-Goa route. My country is changing. All thanks to national hero Narendra Modi.” 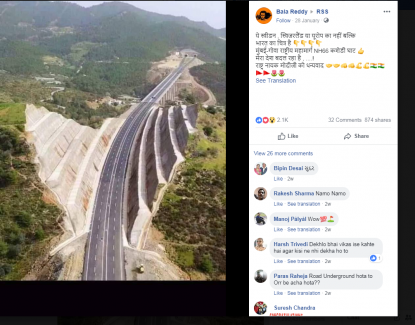 A reverse image search traced the photograph used in the misleading post back to an October 2, 2018 post on the Civil Engineering Discoveries Facebook page, which has more than seven million followers.

An Indian website which debunks misinformation, Altnews.in, fact checked the misleading Facebook post and said that the image was actually of the D400 Mersin-Antalya highway in Turkey, and linked to a September 20, 2017 YouTube video.

Below is a side by side comparison of the satellite image and the image used in the misleading Facebook post. AFP has circled key features that are the same: 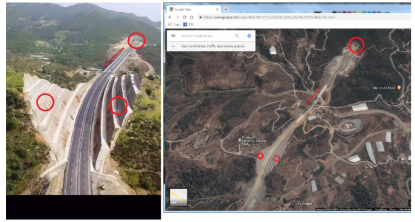 Screenshot of comparison of misleading post and Google map