No, this is not a photo of Jawaharlal Nehru trying to kiss a woman

A photo has been shared thousands of times in Facebook posts that claim it shows Jawaharlal Nehru, the first Prime Minister of India, trying to kiss a woman. The claim is false; the photo actually shows an actor playing Nehru in the 2013 play ‘Drawing the Line’. 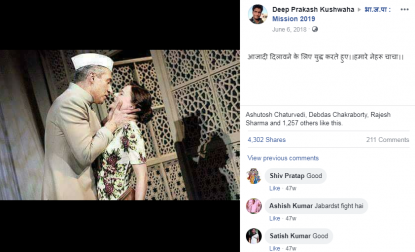 Jawaharlal Nehru (1889-1964) was a key figure in India's nationalist movement, and the first Prime Minister of Independent India.

The same photo was also shared on Facebook with a similar claim here, and here.

The claim is false; the photo shows an actor playing Nehru in the 2013 play ‘Drawing the Line’.

A Google reverse image search found the photo was published here on the website for the UK's Metro newspaper on December 11, 2013.

Below is a screenshot of the review, which includes the same image as the one used in the misleading Facebook posts: 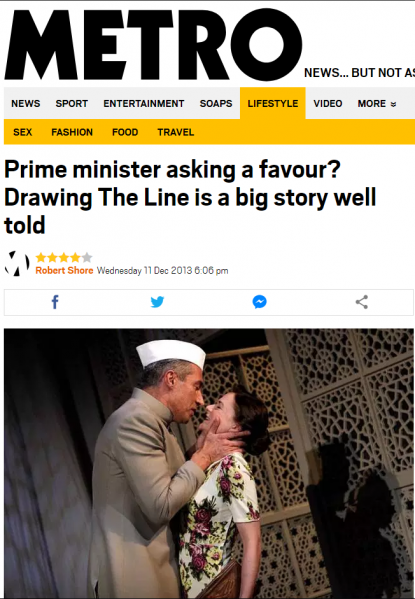 Screenshot of the review

The caption below the photo reads: “Drawing The Line starring Silas Carson and Lucy Black”.

According to this summary of the play on the website of the Hampstead Theatre, London, where the play was performed in 2013, “Drawing The Line” is set in 1947 and follows a judge sent to British India and deputed to draw the boundary that will demarcate the soon to be independent states of India and Pakistan. 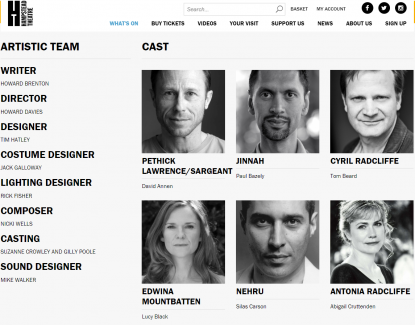 The false Facebook posts have previously been debunked by fact-checking organisation Altnews here.