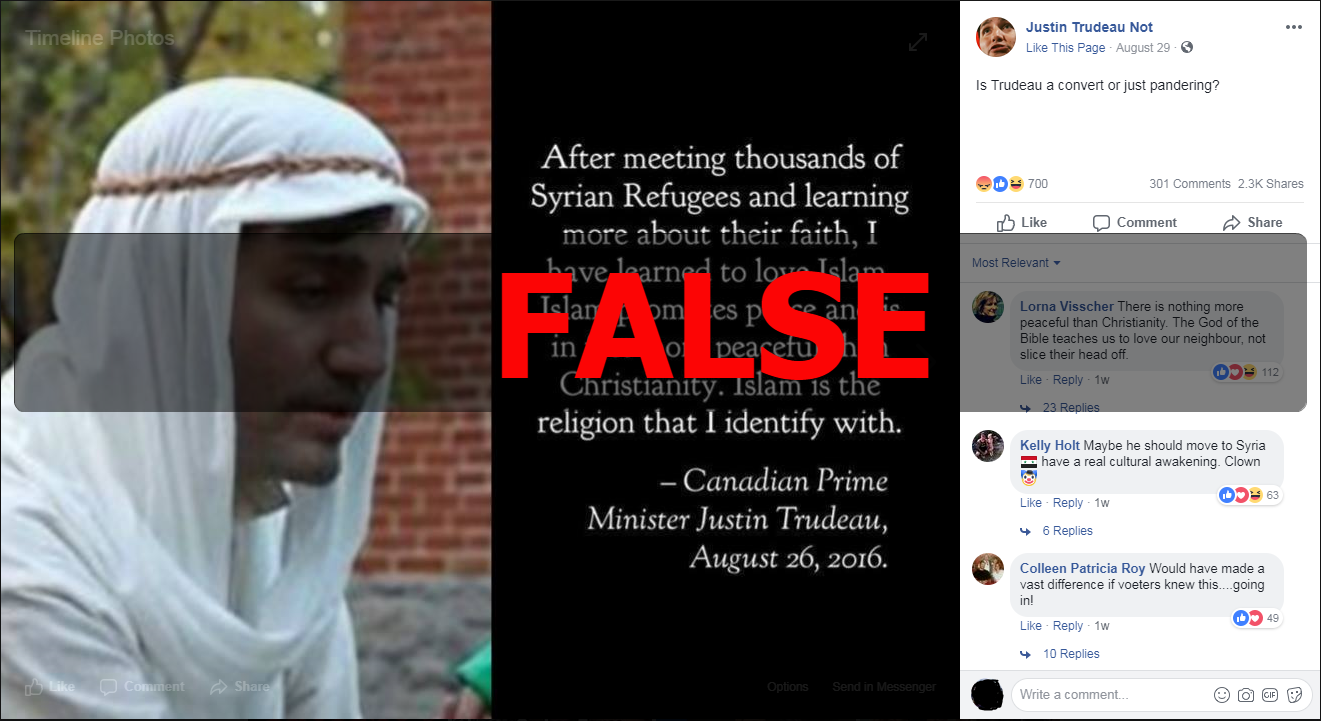 No, Justin Trudeau did not convert to Islam

A photo of Justin Trudeau that was altered and taken out of context has been widely shared on social media alongside a fake quote from the Canadian prime minister explaining his decision to convert to Islam. The original photo was taken at Halloween in 2016.

“After meeting thousands of Syrian Refugees and learning more about their faith, I have learned to love Islam. Islam promotes peace and is in fact more peaceful than Christianity. Islam is the religion that I identify with.”

This quote was attributed to Trudeau, and shared several thousand times on social media since August 29. It was illustrated by a headshot of the prime minister donning a white head garb reminiscent of a keffiyeh. 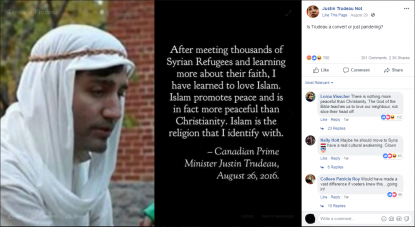 The first iteration of this picture and text together appeared on a Facebook page “Justin Trudeau Not” on August 29. It then migrated to Twitter the next day and was widely shared for the following week.

The quote most likely originated from an August 28, 2016 article from the Vatican Enquirer, a news website that claims to take a “satirical look at headlines around the world”. However, most articles on the website show no obvious signs of satire and the disclaimer is not accessible from the front page, leaving many people to share the news as true. This particular article was shared nearly 8,000 times according to social media monitoring tool CrowdTangle.

The article claims that the quote came from the Global Sun, another news website which no longer exists. The quote in the Vatican Enquirer article and in the more recent meme posts are almost identical.

Trudeau is said to have announced his conversion to Islam on August 26, 2016. On that day, the prime minister was in Saguenay, a city in the province of Québec, for the National Caucus summer meeting of the Liberal party, as his official itinerary shows.

He did hold a press conference that day, but did not make any mention of Islam. Later that day, a video was released of Trudeau advertising Muslim Fest, an annual two-day festival in Mississauga, Ontario, that celebrates Muslim artists, musicians and comedians. Trudeau did not utter the words attributed to him in that video either. 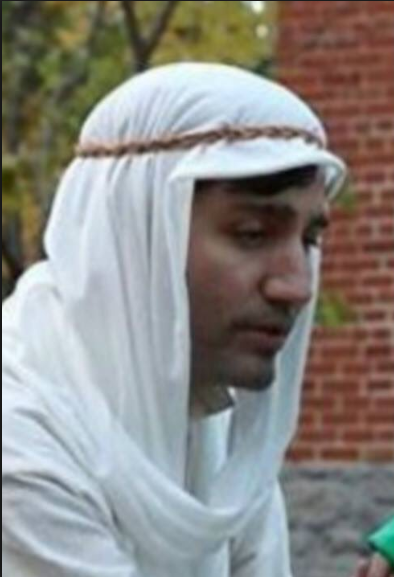 How we did it

The original photo was flipped in order to make it invisible to a reverse image search, a common practice by someone who intends to use a photo  out of context. After an AFP journalist recognized the photo, we flipped the photo back in order to confirm its origin. 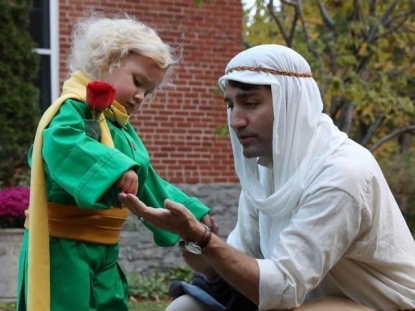 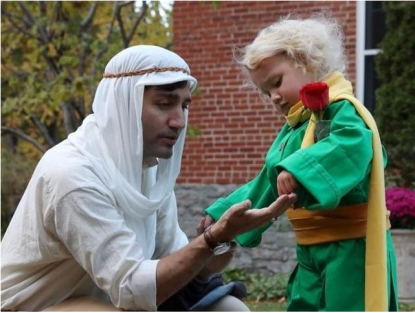 The same photo after it was flipped