Skip to main content
A woman looks over the forest near the rock fortress of Sigiriya, Sri Lanka, on May 17, 2018. (AFP / Alex Ogle)

An image has been shared hundreds of times on multiple Facebook posts alongside a claim it shows a newspaper article about an interview with Sri Lanka’s State Minister Sarath Weerasekera. The purported newspaper page features a headline that says the minister “feels that conserving forests is futile”. The claim, however, is false; the page has been doctored from an August 30, 2020, edition of the Sri Lankan newspaper Sunday Lankadeepa, with the headline changed.

The image was published on September 4, 2020, here on Facebook, where it has been shared more than 230 times. 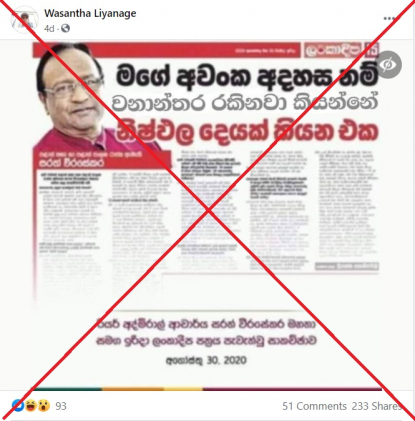 It shows a purported newspaper page of the Sri Lankan newspaper Sunday Lankadeepa, with a Sinhala headline that translates to English as: “I feel that conserving forests is futile”. The article itself is blurred.

Sarath Weerasekera is the incumbent state minister for provincial councils and local governments in Sri Lanka.

In response to the posts, a spokesperson for Sunday Lankadeepa told AFP by phone on September 9, 2020, the misleading image shows Page 15 of the August 30, 2020 edition of their newspaper.

The spokesperson added that the original headline in the report reads: “I feel the provincial council system is futile”.

The original copy can be seen here on the website of PressReader, a digital newspaper distribution company.

Below is a screenshot of the original newspaper page: 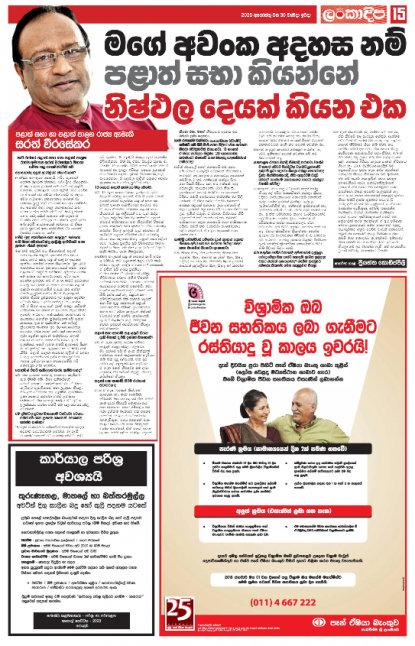 Screenshot of the original newspaper page

The Sinhala headline of the original report indeed reads: “I feel the provincial council system is futile”.

Below is a screenshot comparison of the doctored page in the misleading post (L) and the original newspaper report (R):

The post features the misleading image, with a “FAKE” stamp over it. 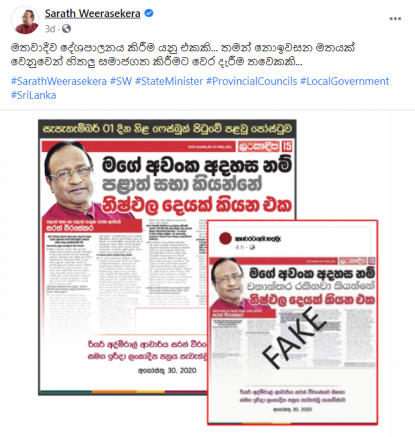 He wrote: “It is one thing to disagree in politics... But it is another to circulate false claims about an opinion you do not agree with.”