No, a Facebook post claiming to show a cricket match between Sri Lanka and South Africa is not genuine

A Facebook post from August 1 claims to allow viewers to watch a live stream of a T20 match between the two cricketing countries. But when users click on the video embedded in the post, it takes them only to an advertisement for cat strollers.

The post appeared on a Facebook page entitled "Best of Cricket Videos",  which is liked by nearly 250,000 people and followed by nearly 270,000. 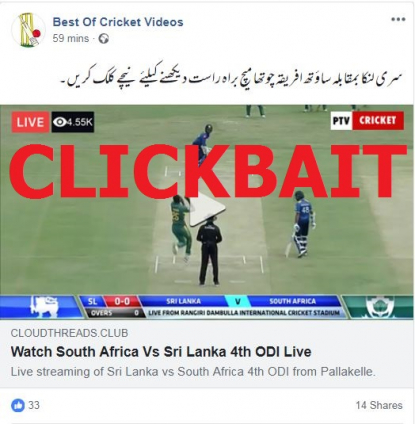 The video still shown on the page displays a logo for PTV, Pakistan’s state broadcaster that broadcasts cricket across the country.

But clicking on the supposed video link leads to this advertisement for cat strollers. 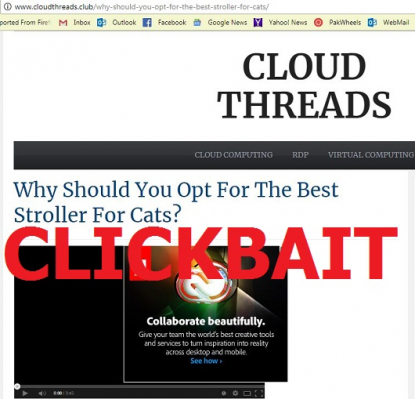 Clicking on other apparent cricket videos posted on the page also takes users to advertisements hosted by the same site.

PTV told AFP in July that a site called PTV Cricket -- which has more than 3.6 million followers on Facebook  is an impostor which it has already reported to Facebook.

Some videos on the PTV Cricket page also lead to advertisements hosted by the same website.

South Africa is currently touring Sri Lanka and did play a second ODI on August 1, according to ESPN’s authoritative cricinfo website .