No, Donald Trump did not predict Brexit a day before the referendum

US President Donald Trump on Friday said he was at his golf course in Scotland "the day before Brexit" and correctly predicted the result of the June 23, 2016 referendum.

In fact, he arrived a day later and welcomed the result.

At a press conference alongside British Prime Minister Theresa May during his visit to Britain, Trump said: "If you remember I was opening Turnberry the day before Brexit.

"We had an unbelievably large number of reporters there... and they all showed up on the 9th hole overlooking the ocean and I said what's going on? And all they wanted to talk about was Brexit and they asked for my opinion and I think you will agree that I said I think Brexit will happen, and it did happen and then we cut the ribbon," he said.

The US Republican White House hopeful Trump spoke to Fox News on June 22, 2016 -- the day before the referendum -- and said Britain should vote to leave the European Union.

He pointed to the "mess" of Europe's migration crisis and said: "When you look at the things that are going on over there my inclination would be to go it alone."

"I'm right in the middle of it. I'll be over there just as the decision's coming in," he said.

But he admitted he was not well informed on the issue, saying: "I don't think anybody should listen to me because I haven't really focused on it very much."

Trump then flew in by helicopter to Turnberry in southwest Scotland on June 24 -- a day after the referendum -- to cut a ribbon for the ceremonial opening of his golf course. 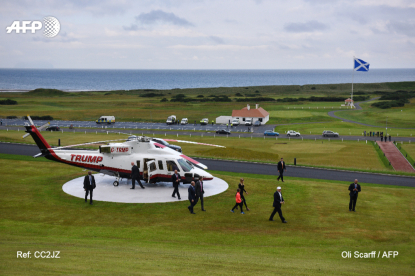 A large Scottish flag flew in front of the picturesque waterfront, as he told reporters there: "I think it's going to be great. I think it's a fantastic thing."

Trump said he saw a "real parallel" with his own campaign.

"People want to take their country back, they want independence," he said, predicting that a break-up of the European Union "looks like it's on its way". 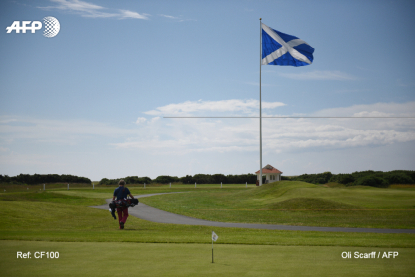 A Scottish Saltire flag flies as a golfer walks between holes at the Trump Turnberry hotel and golf resort in Scotland on June 24, 2016. (Oli Scarff) 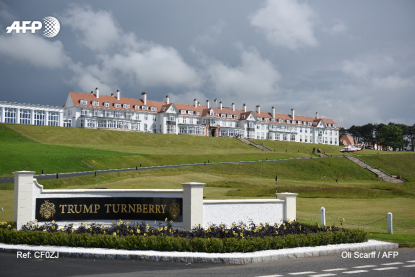 The Trump Turnberry hotel and golf resort is seen in Turnberry, Scotland on June 24, 2016 (Oli Scarff)

- WHAT CONCLUSION CAN BE DRAWN? -

Trump did voice support for Brexit a day before the June 23 vote but did not correctly predict the result. He may have confused that interview with his arrival at Turnberry on June 24 -- when the result was already known.

No, an entire cricket team was not bowled out for zero in an unprecedented match