No, a champion Indonesian sprinter was not denied government funding for his training

An online report said Indonesian sprinter Lalu Muhammad Zohri, who won the 100 metre dash at this year’s world junior championships, received no government funding and was backed only by a wealthy businessman. The businessman, as well Indonesia’s sports ministry and its athletics federation, say he did receive state funds.

The website beritanusantara.com published an article on July 15, 2018 with a headline that translates as: “This Indonesian sprinter did not receive any kind of support from the government to achieve his dream”.

The article, which cites no sources, added that “all of the funding for Lalu Muhammad Zohri is from Bob Hasan, not the NTB administration, not the Youth and Sports Ministry, let alone Jokowi”.

Bob Hasan is a businessman and chairman of the Indonesian Athletic Federation. NTB is the local acronym for West Nusa Tenggara, the province where the sprinter lives, and Jokowi is a popular nickname for Indonesian president Joko Widodo.

The article has been shared to more than 1.7 million followers on Facebook, according to Crowdtangle data. 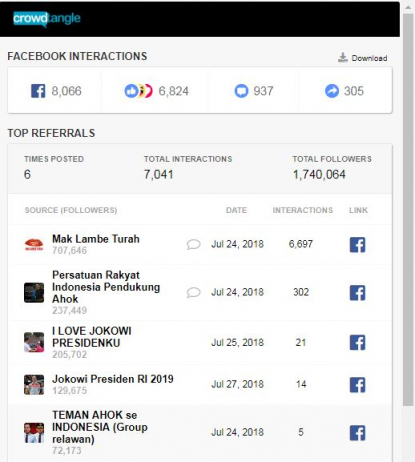 Snapshot of the Crowdtangle data

The claims have also spread on Twitter, including this tweet in Bahasa, which has similar wording to the false article and attracted thousands of interactions.

When asked by AFP, Hasan said he was not the only source of funding for Zohri before the Games in Finland in July.

Gatot Dewa Broto, a spokesman for the youth and sport ministry, also said 10.9 billion rupiah ($750,000) was allocated this year to the country’s athletics federation, some of which went to Zohri’s training for the youth world championships.

He provided a screenshot of a document showing funds disbursed to the federation. 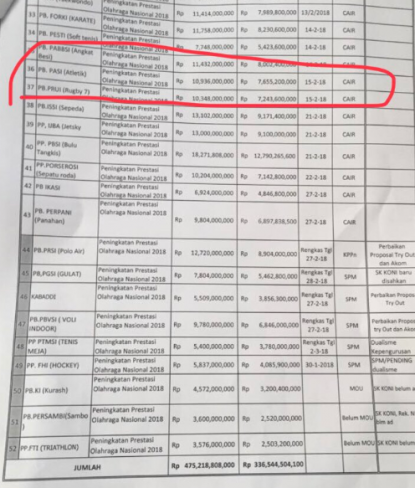 Snapshot of the document of funding to the athletic federation

Indonesia’s athletic federation secretary-general Tigor Tanjung also said Zohri benefited from government grants to the federation before and after competing in Finland.

“The government’s money funded accommodation, food, nutritionists, coaches and psychological supports for 16 athletes trained by the federation, which include Zohri," Tanjung said.

“The money was also used to finance trial sessions before he [Zohri] went to Finland to compete [in the U-20 Championships].”