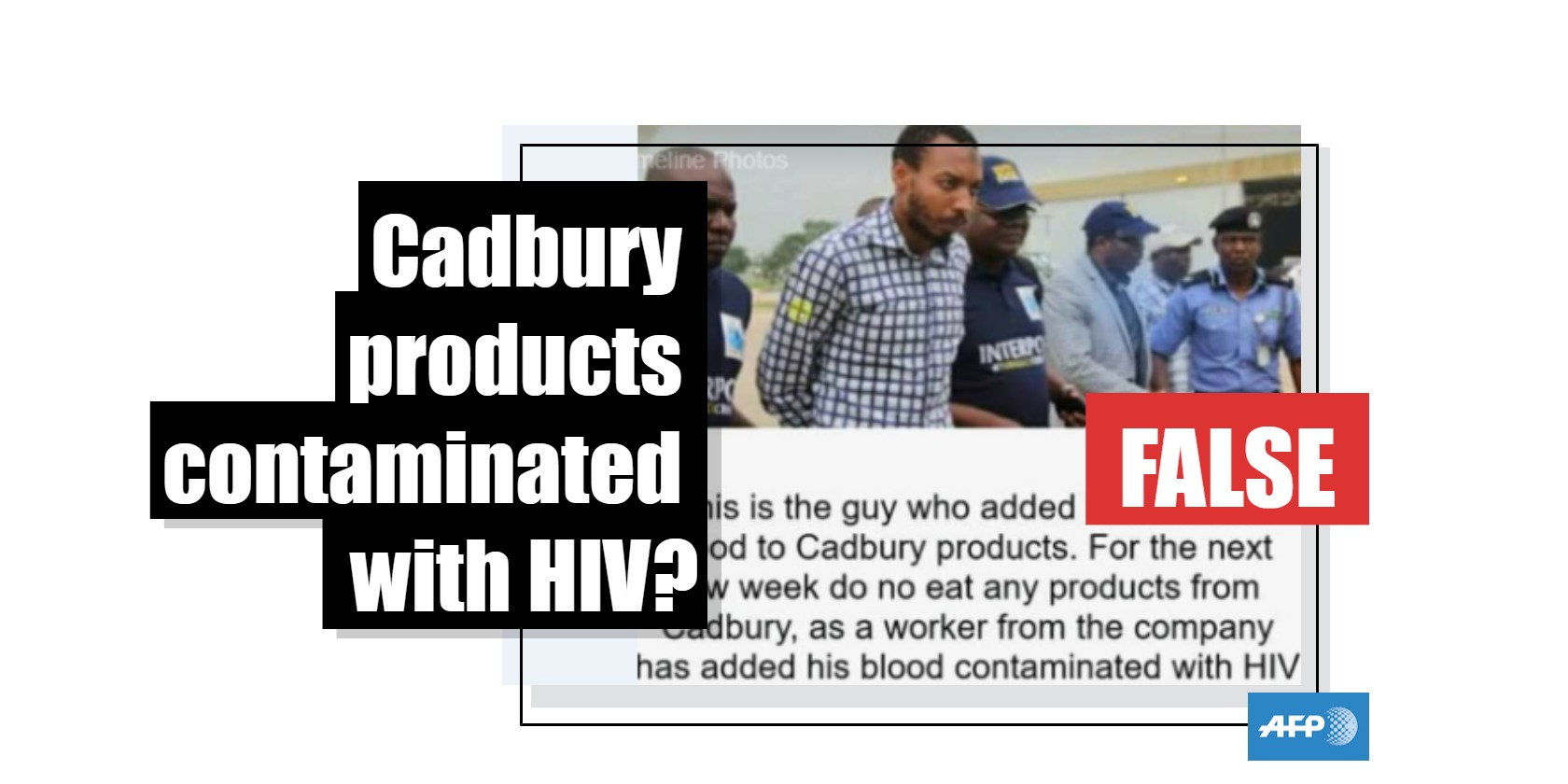 No, Cadbury and Pepsi products were not infected with HIV

Reports that a man was arrested for injecting Cadbury or Pepsi products with his own HIV-infected blood have tenaciously permeated social media for several years. The reports are false. The man in the photo is Sadiq Ogwuche, arrested in 2014 for his role in organizing a bombing in Nigeria earlier that year and has no connection to Cadbury or Pepsi. The US Centers for Disease Control and Prevention (CDC) and the Public Health Agency of Canada also confirmed that HIV cannot be transmitted via food or beverages.

An online post shared on Facebook and Twitter warns users not to eat Cadbury products for the next few weeks, due to the presence of a man’s HIV contaminated blood in the British company’s chocolate. The post features a photo of the alleged culprit upon his arrest. 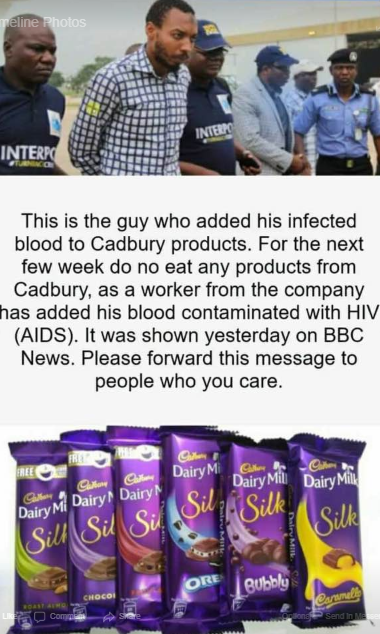 The post began to circulate in early 2018 and resurfaced in early 2019. The text and photos are almost identical to those used in earlier posts about Pepsi products. 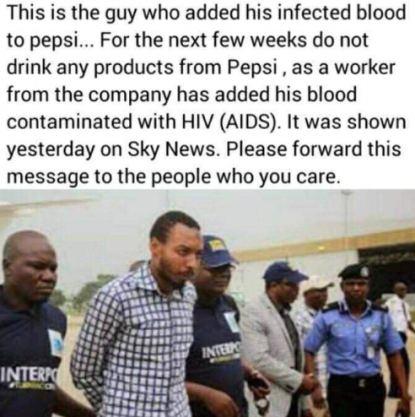 This hoax is false on several levels. On a medical level, HIV, the virus that causes AIDS, can only be transmitted directly by a living carrier, usually a human. Therefore, consuming food and beverages such as Cadbury chocolate or Pepsi soda, even if they had been infected with HIV, would not result in contracting the virus, as the CDC and Public Health Agency of Canada explain here and here.

Depending on the post, the information is said to have been “shown yesterday” either on the BBC or on Sky News, two British news networks. However, a search on their respective websites found no stories involving Pepsi or Cadbury and the HIV virus.

Although the photo used to illustrate the post is real, the man escorted by two Interpol officers was not arrested for contaminating food or soda products. He is Aminu Sadiq Ogwuche, one of the alleged masterminds behind the deadly April 14, 2014 bombing of a bus station in the Abuja suburb of Nyanya, in Nigeria. He is pictured upon his arrival in Nigeria following his extradition from Sudan. The picture was released to media, including AFP, on July 15, 2014 from the Nigerian National Information Center. 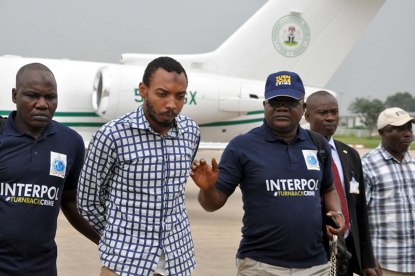 A handout photo taken and released by the National Information Centre on July 15, 2014 shows Aminu Ogwuche (2nd L), one of the alleged masterminds of the Nyanya-Abuja bomb explosion of April 14 - which was claimed by Boko Haram Islamists, being guarded by Nigerian Interpol Security Officers upon his arrival at the presidential wing of the Nnamdi Azikiwe International Airport in Abuja after being extradited from Sudan. (AFP / NATIONAL INFORMATION CENTRE / FILE)

The entire scene of his arrival can also be seen on the video below.

The hoax circulating about a Cadbury employee contaminating chocolate with HIV infected blood is exactly that - a false hoax.