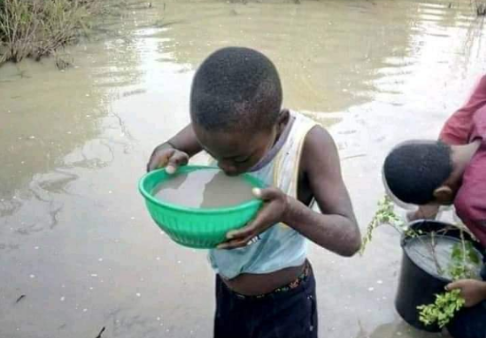 A photograph of a young boy drinking dirty water from a swamp has been shared hundreds of times in posts that locate him in various African countries, from Nigeria and Kenya to Cameroon and Ivory Coast. It was actually taken in Akpatoeme, a village in Ghana.

This version of the photo tweeted on December 5, 2018 shows the boy with the caption, ‘As seen somewhere in the North Eastern part of Nigeria. Very sad!’ 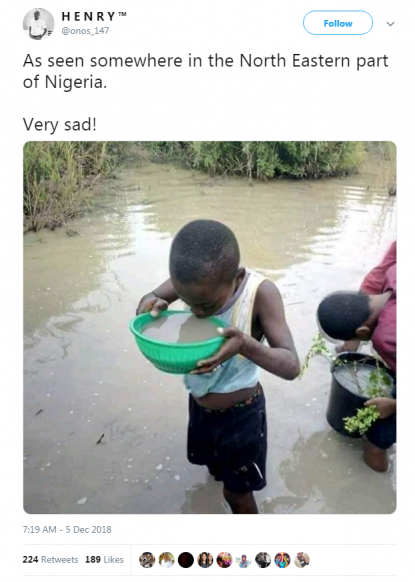 A screenshot taken on February 28, 2019 shows a tweet which wrongly locates the photo in Nigeria

But a reverse image search on Google reveals the photo had already been posted on Facebook on November 21, 2018. That post calls on Ghana’s First Lady Rebecca Akufo-Addo to help provide clean water in Akpatoeme, a village near the border with Togo.

“Mother of the nation, everybody in this village ‘Akpatoeme’ in the Ketu North municipal is exposed to health hazard as their only source of water is not safe for consumption purpose, please we need your help,” the caption reads. 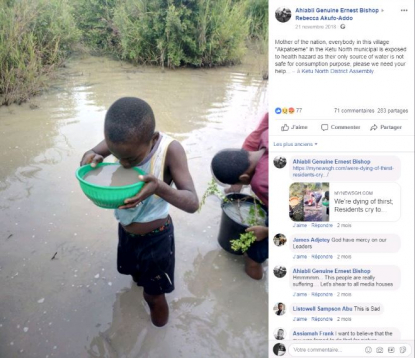 A screenshot taken on February 15, 2019 shows the photo uploaded by Ahiabli Ernest

The man who published the post, Ahiabli Ernest, told AFP he took the photograph. He also sent AFP more photos which he said were taken by his sister, which resemble the one posted on Facebook.

The villagers had been drinking contaminated water since their water pump stopped working last August, he said.

Circled in blue in the image below, we can see the boy in a light-coloured vest with his green bowl.

In the yellow rectangle, Ahiabli Ernest can be seen standing next to the girl in the bright-coloured dress, in the green square. 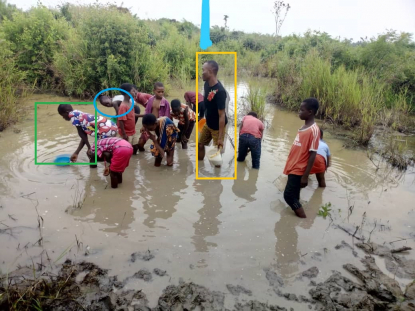 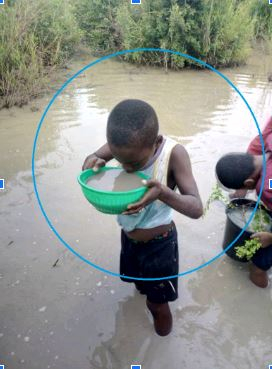 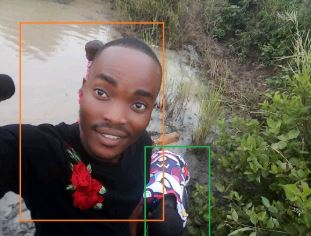 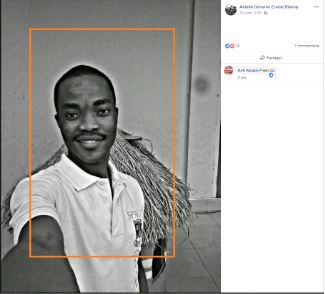 A screenshot taken on February 15, 2019 shows Ahiabli Ernest in one of his Facebook profile photos

“This is not Cameroon. This is my village,” Ernest told AFP. “We urgently need help. My people are truly in pain. A friend of mine wrote an article on it but we are not hearing anything.”