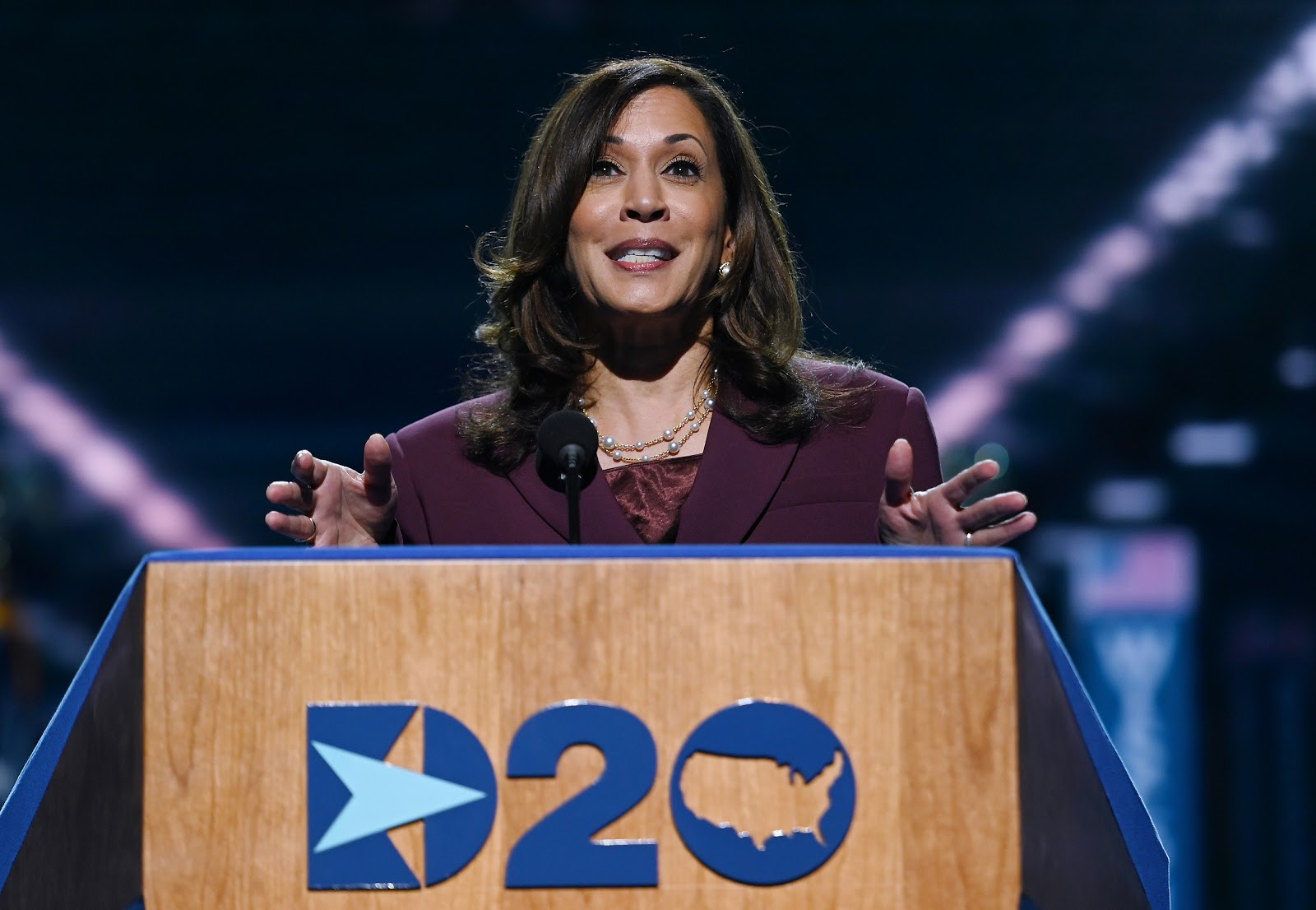 Democratic vice presidential nominee Kamala Harris speaks during the third day of the Democratic National Convention, being held virtually amid the novel coronavirus pandemic, at the Chase Center in Wilmington, Delaware on August 19, 2020 (AFP / Olivier Douliery)

A short video clip of Kamala Harris shared with the claim that she called young voters “stupid” has spread on social media after the California senator was chosen as the Democratic Party’s vice presidential nominee. The claim is misleading; in the full 2014 speech, it is clear that Harris was discussing the “bad decisions” made by 18-24 year olds to highlight efforts needed to reduce recidivism among young offenders. 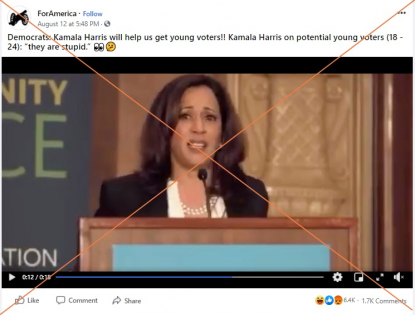 Although Harris did refer to the 18-24 demographic as “stupid,” the remark was facetious. She made the quip during a May 2014 speech at the Ford Foundation while discussing the “Back on Track” initiative to reduce recidivism among young, non-violent offenders.

“Let’s focus on a specific population and see what we can do to re-enter them in a way that they don’t reoffend,” Harris, who at the time was California’s attorney general, says around the 16 minute mark of the speech.

”When I was at Howard University and we were in college we were 18 through 24 and you know what we were called? ‘College kids.’ But when you turn 18 and you’re in the system, you are considered an adult, period,” she added.

Attempting to lighten the mood, she joked, “What else do we know about this population, 18 through 24? They are stupid. That is why we put them in dormitories. And they have a resident assistant. They make really bad decisions.”

Harris was underlining the difference in treatment between adulthood in the criminal justice system and in other parts of society, such as college, where the same demographic is treated as “kids.”

Harris has repeatedly touted the “Back on Track” program as a “second chance” and a way to “redemption” for young offenders -- here, here, and here.

On August 11, Democratic presidential candidate Joe Biden picked Haris to be his running mate, drawing attention to her record and making her a target for disinformation. 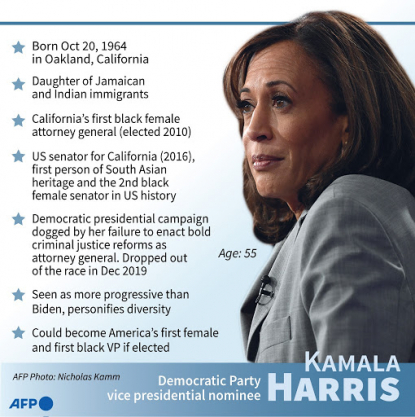 Harris is the third female vice presidential nominee for a major party, after the groundbreaking but unsuccessful runs of Democrat Geraldine Ferraro in 1984 and Republican Sarah Palin in 2008.