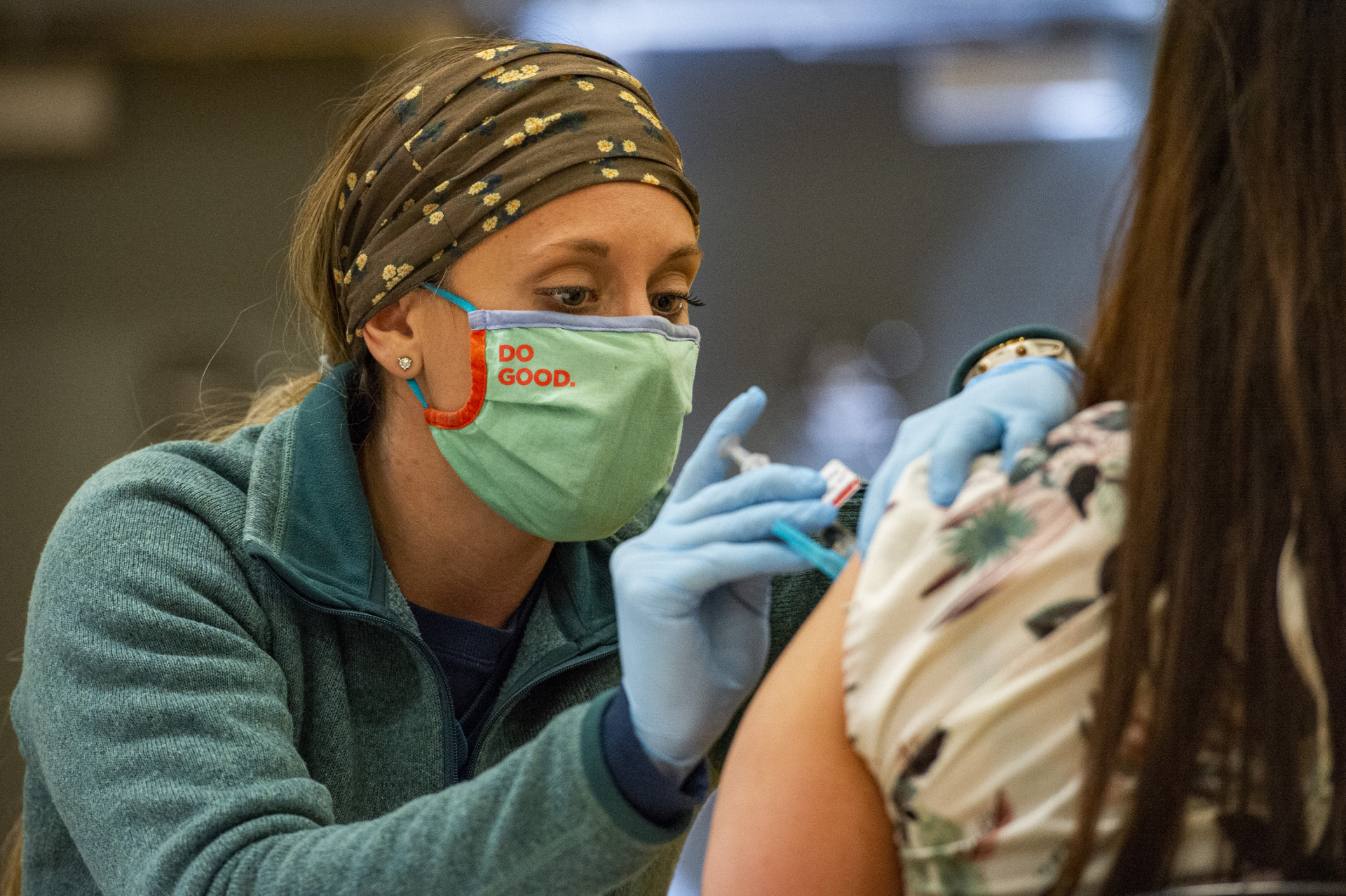 A medical worker administer the Jansen (Johnson and Johnson) Covid-19 vaccine to the public at a FEMA run mobile Covid-19 Vaccination clinic at Biddeford High School in Bidderford, Maine on April 26, 2021. (Photo by Joseph Prezioso / AFP)

A graphic purporting to show that flu cases have fallen dramatically since 2020 has been shared by Facebook users worldwide alongside a claim it proves health authorities are falsely passing influenza cases off as Covid-19 cases. The graphic, however, has been shared in a misleading context: it compares confirmed positive flu tests in the United States for 2020-21 with estimated cases for 2019-20. Health experts told AFP that the decline in flu cases since 2020 was likely due to lockdowns, mask-wearing and better hand hygiene during the coronavirus pandemic.

The Fox News graphic was posted here in a New Zealand-based Facebook group with more than 25,000 followers.

“We’ll just put this here and let the debate begin,” the caption reads. 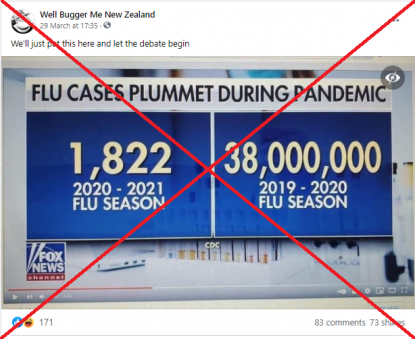 “Everyones too scared to say they have the flu (sic),” one person commented. “The health nutters would call them Covid cases to prop up their hoax figures.”

“SCAMDEMIC,” another wrote. “When are we all going to revolt?”

Influenza has been a major subject of misinformation during the pandemic.

The claims have helped fuel baseless conspiracy theories that the pandemic does not exist.

The Fox News graphic has been shared alongside similar claims by Facebook pages in various countries, including Australia, Britain and the US.

The 1,822 figure in the graphic has been taken from this report published by the US Centers for Disease Control and Prevention (CDC) about confirmed positive flu tests during the 2020-21 season.

The 38 million figure has been taken from this CDC webpage on the estimated number of flu cases in the 2019-20 season.

“CDC estimates that the burden of illness during the 2019–2020 season was moderate with an estimated 38 million people sick with flu,” it reads.

This shows a significant drop of more than 260,000 positive flu tests between the two seasons.

The decline is not, however, as significant as the Fox News graphic suggests.

The recent decline in flu cases in the US was partly due to coronavirus restrictions, according to a September 2020 study led by CDC researcher Dr Sonja Olsen.

Factors including social distancing, school closures and face mask use likely contributed to the decline, Dr Olsen told AFP in an April 26 email.

“It seems likely that there are other factors, such as measures taken to prevent transmission of SARS-CoV-2, that have contributed to the declines in influenza activity," she said.

"While we don’t know for certain, there are probably several reasons that explain the decreases. It may be some time before we really understand the importance of any given factor”.

Professor Michael Baker from the University of Otago said coronavirus measures implemented by governments worldwide had also helped curb the spread of influenza.

Pandemic measures have not only reduced the spread of coronavirus in New Zealand “which is far more infectious than influenza”, but “rates of multiple respiratory viruses dropped markedly in NZ during 2020, including influenza (99.9% drop)” he said in an email on April 24, 2021.