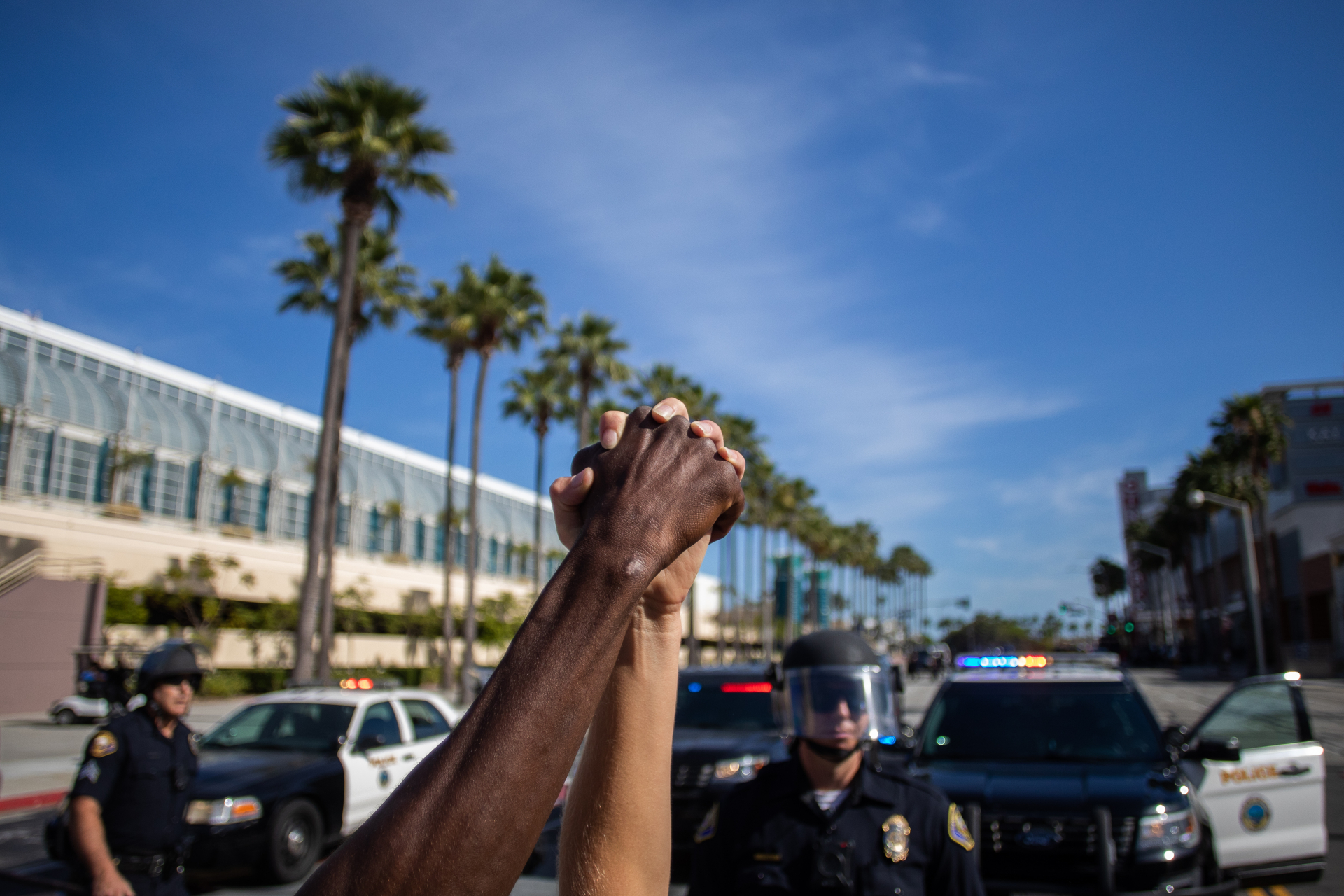 A black man and a white woman hold their hands up in front of police officers in downtown Long Beach on May 31, 2020 (AFP / Apu Gomes)

As protests spread across the US after the death in police custody of George Floyd, Facebook users shared a photo of a defaced Vietnam War memorial, implying that the vandalism occurred during the current demonstrations. This is false; while the memorial in Los Angeles was vandalized, it occurred four years earlier, not in 2020.

“Well. Your protest just lost me right..here,” reads the caption of an image shared by thousands of Facebook users in the US on June 3, and which features a photo of a Vietnam War memorial defaced by graffiti.

“Lots of heroes I served with on that wall,” lamented one Facebook user. 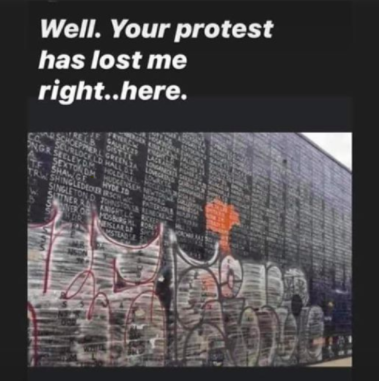 Although some of the mostly peaceful protests currently shaking the US have degenerated into looting and vandalism, the Vietnam memorial in Los Angeles’ Venice Beach was not a target in 2020.

The photo is real, but was taken four years before Floyd’s death and the protests that ensued. A reverse image search shows that NBC reporter Darsha Philips posted the photo on Twitter on May 29, 2016.

That Memorial Day weekend, the Venice Beach memorial commemorating 2,273 US personnel unaccounted for in Southeast Asia was vandalized by taggers. 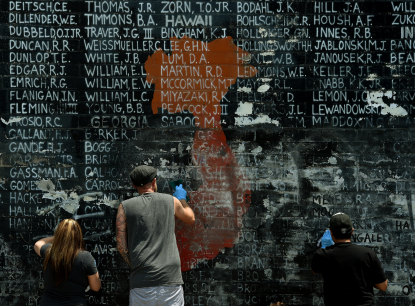 Veterans and community members help clean a memorial containing the names of 2,273 unaccounted for Vietnam war soldiers after vandals covered the mural with silver paint graffiti prior to Memorial Day in Venice Beach, California on May 29, 2016 (AFP / Mark Ralston)

A 24-year-old man was sentenced in January 2017 to four years in prison and ordered to pay $38,000 in restitution for his role in the vandalism, according to the Los Angeles Times.

On June 3, 2020, the memorial wall in Venice Beach did not bear any signs of graffiti, AFP photographer in Los Angeles Robyn Beck confirmed.