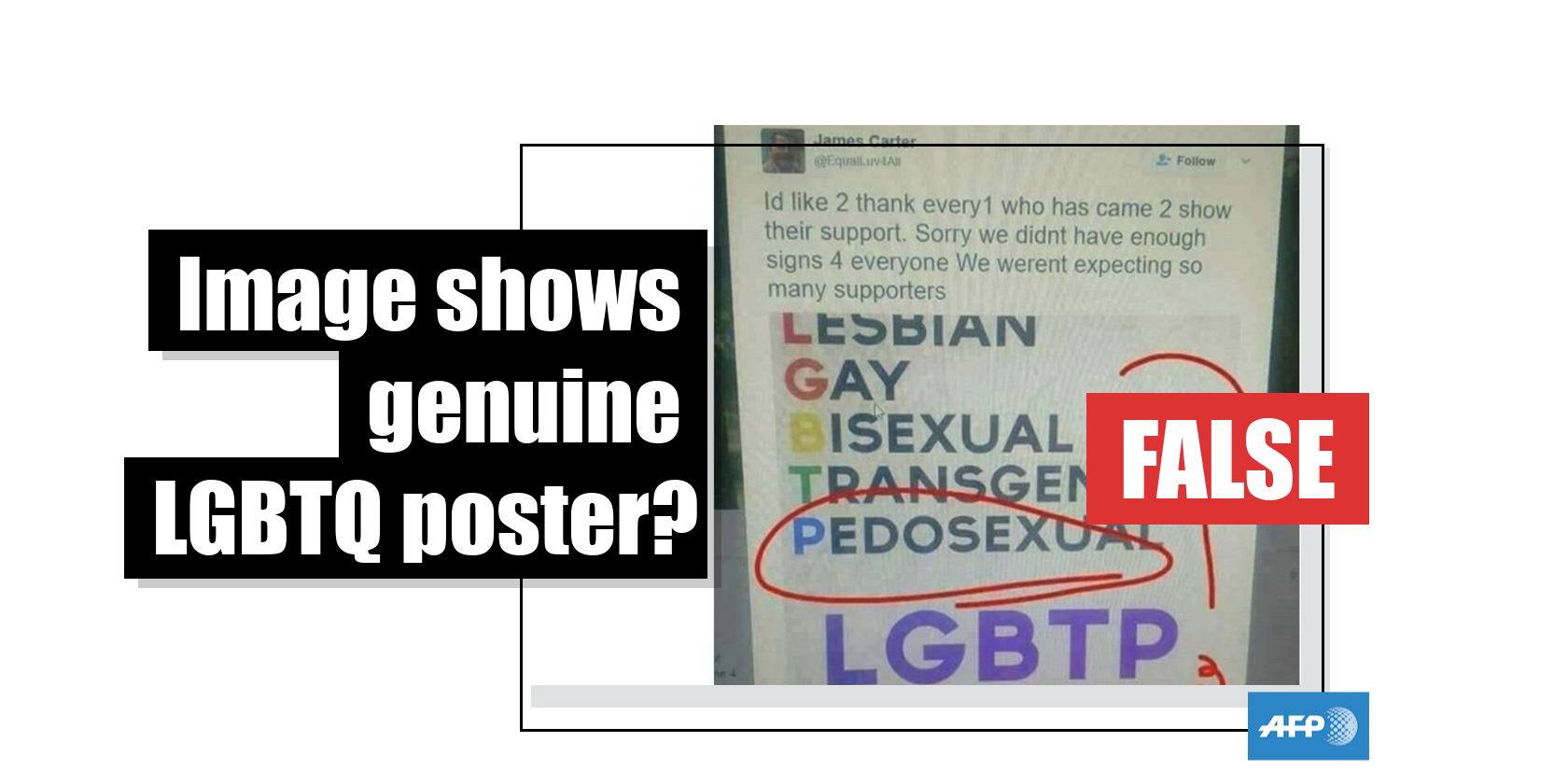 ‘LGBTP’ has never been used to describe the LGBTQ community, experts say

Multiple Facebook and Instagram posts shared hundreds of times claim to show a poster for the LGBTQ community which replaces the letter "Q" with “P” in the acronym. The posts claim the additional letter represents "pedosexual". The claim is false; experts said "LGBTP" has never been used to describe the LGBTQ community. 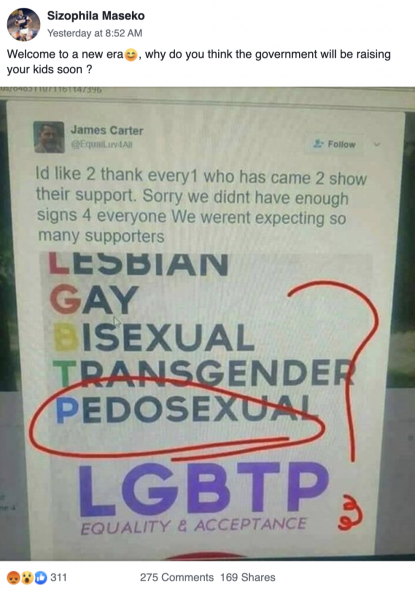 The image, which has been online since at least 2016, has circulated in an anti-LGBTQ disinformation campaign; the acronym “LGBTP” has never been used by any legitimate LGBTQ groups, experts say.

He said that linking the LGBTQ community with pedophilia has long been a “false and dangerous practice” used by anti-LGBTQ groups and that “the ‘LGBTP’ acronym has never been used by any reputable source to describe the LGBTQ+ community.”

“Such images fuel the fears used to substantiate their previously debunked accusations,” he said. “Social media is simply the vehicle used by anti-LGBTQ enthusiasts to push their hateful narrative, allowing the lies to travel faster and farther.”

Dr. Fred Berlin, a psychiatrist specialising in sexual disorders and the director of the Johns Hopkins Sex and Gender Clinic, also notes that there is no evidence-based justification for conflating the LGBTQ community with pedophilia.

Berlin added that it is “unclear why some groups have tried to link pedophilia to homosexuality” and noted that “as society becomes more open, and less defensive, about discussing the diversity of human sexuality, such disinformation may become less common.”

Snopes, a US-based fact-checking organisation, found that the misleading poster “seems to be the work of a 4chan misinformation campaign” that was published on the online forum in 2016.