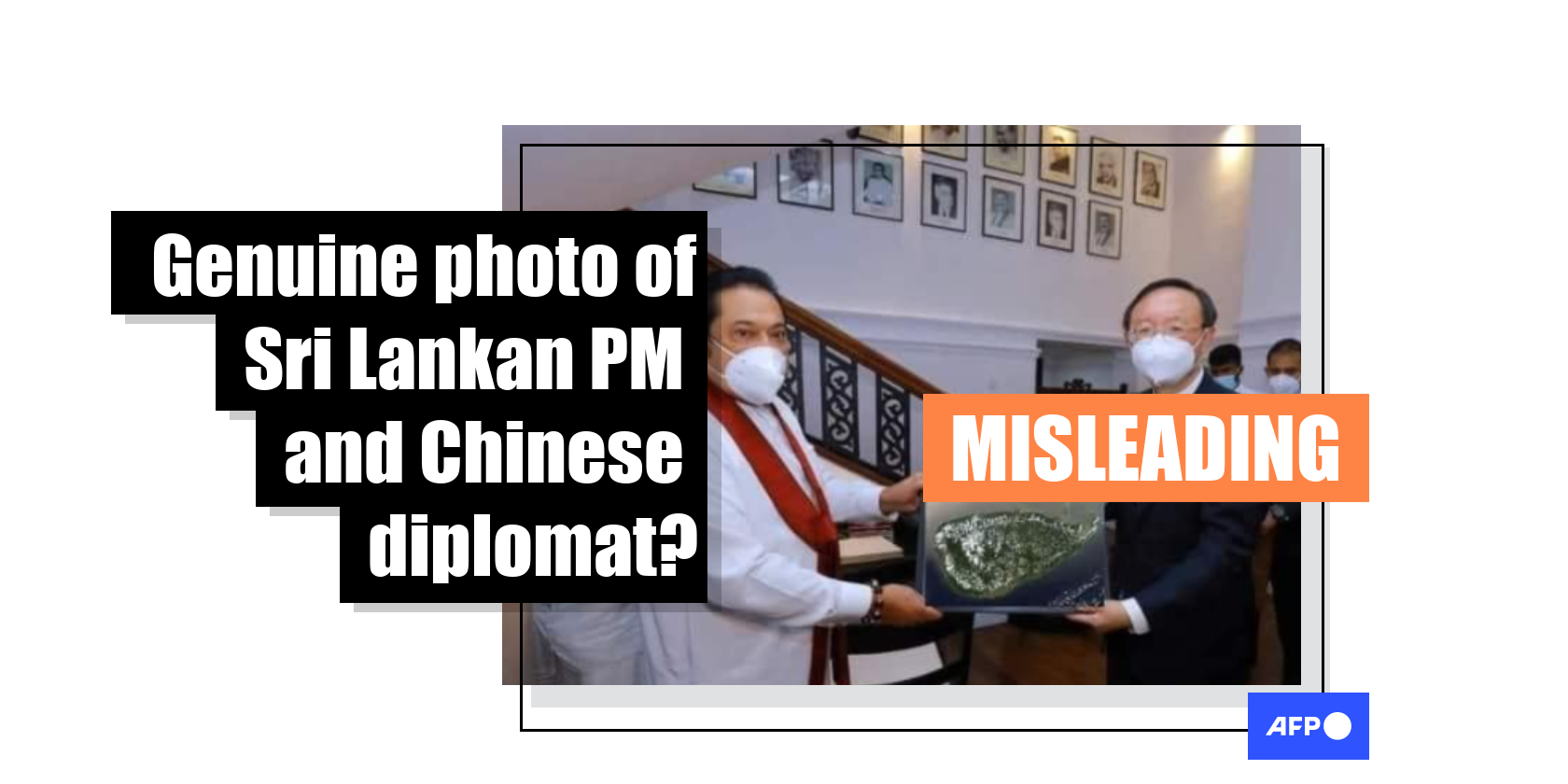 An image that appears to show Sri Lankan Prime Minister Mahinda Rajapaksa and Yang Jiechi, a high-ranking Chinese official, holding a framed aerial photograph of the island of Sri Lanka has been shared hundreds of times in multiple Facebook posts. The image, however, has been doctored; the original photo shows Rajapaksa and Yang holding a framed photo of themselves during a recent diplomatic visit.

The image of Rajapaksa and Yang, who previously served as China's foreign minister, was published on Facebook here on October 9, 2020.

The post’s Sinhala-language caption translates to English as: “He is trying to tell you a thousand words with this picture...children, wake up”. 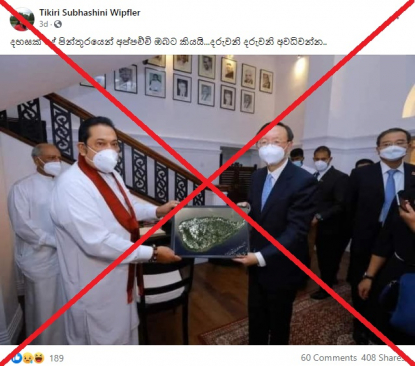 The image was also shared on Facebook here, here and here. It was even published on the front page of the Daily Financial Times, an English-language newspaper in Sri Lanka.

Screenshot of the Daily FT front page published on October 10, 2020

The image, however, has been digitally manipulated.

A reverse image search found that the original photo was published on Rajapaksa’s official Twitter account here on October 9, 2020. The genuine photo shows that Rajapaksa and Yang are in fact holding a photo of themselves seated together.

The fmr. Foreign Min. reconfirmed the support of his govt. in strengthening #economic ties & providing assistance to uplift the #tourism industry in particular. He also stated the recent #inflation in #lka imports to China was an attempt to assist in growing the local economy. pic.twitter.com/CAkTcps9IZ

Below is a comparison of the doctored image (L) and the image in Rajapaksa’s tweet (R):

The Daily Financial Times has since removed the doctored photo from the online version of the paper’s article.