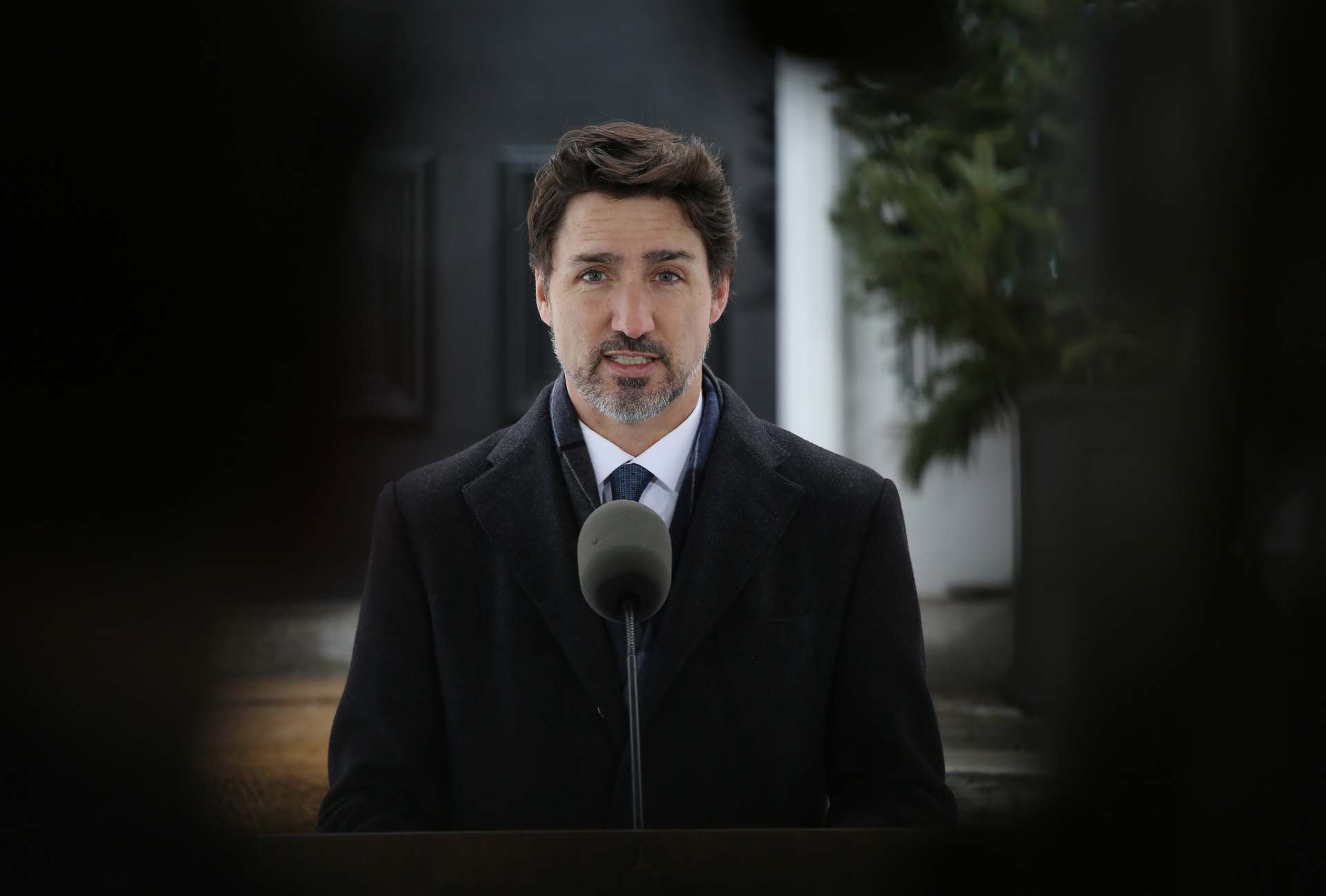 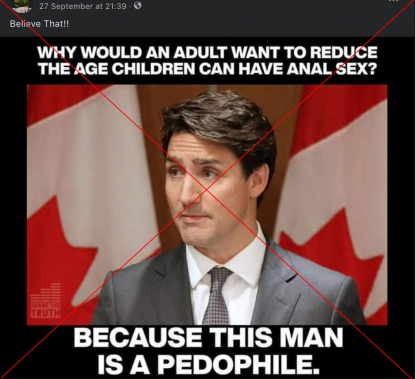 A second post from September 2020 reshared a video from March 2018, again linking Trudeau’s support of changing the law -- which was done on the grounds that it was discriminatory against the LGBTQ community -- to promoting pedophilia. The video also claims that a logo used on the third page of one Pierre Trudeau Foundation Report was similar to another logo reportedly used by pedophiles online.

According to a search using social media monitoring tool CrowdTangle, the disinformation about the effort to change the law can be found as far back as July 2016 after Trudeau spoke about it ahead of becoming the first sitting Canadian prime minister to join a Pride march.

Contacted by AFP, Canadian legal experts said accusations that Trudeau repealed the law in order to support pedophiles were false.

“The age of consent for any kind of sex is set by the Parliament of Canada, not by the Prime Minister. That is the first factual inaccuracy,” Douglas Elliott, a lawyer specialising in constitutional cases on LGBTQ issues said by email.

The age to consent in Canada is 16 years.

“The current prime minister has never proposed to change the age of consent for any sexual activity. The last prime minister to do so was Prime Minister Harper,” he added.

“Queer and trans people argued for repeal of Section 159 and its predecessors for more than 40 years. It was an affront to the dignity of queer people. The clear inference was that sex between men was somehow more dangerous or corrupting to young people than heterosexual sex,” Marcus McCann, a human rights lawyer, told AFP by email.

As early as 1995, both a federal court and the Ontario Court of Appeals found Section 159 to be discriminatory and contrary to the Charter of Rights and Freedoms. Courts in Québec followed in 1998 as did courts in Alberta (2002), British Columbia (2003), and Nova Scotia (2006).

Canada’s then-justice minister Jody Wilson-Raybould attempted and failed to repeal Section 159 in 2016 and 2017 before successfully passing Bill C-75 which repealed the discriminatory law in June 2019.

“There were suggestions his father was a pedophile when he wanted to (and did) partly decriminalize sodomy in the late 1960s”, Leckey said.

Elliott said, “There is no evidence that the Prime Minister is a pedophile, so that is libellous and exceeds any normal boundaries of political opinion.”